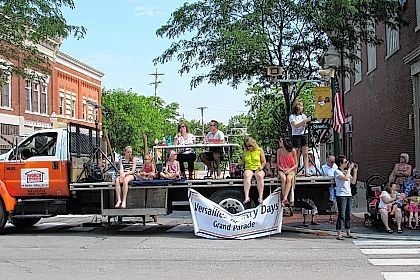 The Winery at Versailles won the theme award for Saturday’s Grand Parade.

Midmark won the commercial award for its parade float.

The Brillliant Beginnings float was selected as the winner of the Queen’s Award in Saturday’s parade.

Parade Grand Marshals Bob and Kathy Frey wave at the parade announcers as they pass by in Saturday’s Poultry Days parade.