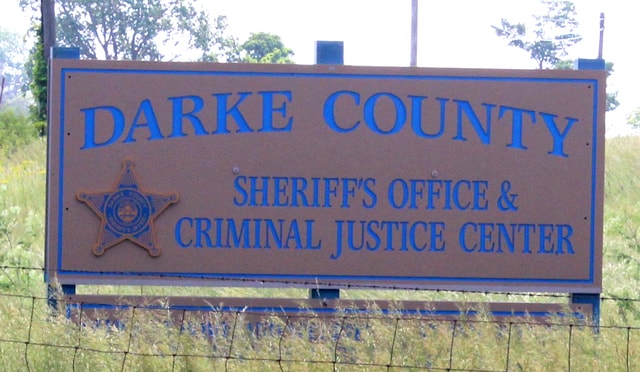 The Darke County Sheriff’s Office will spend more than $110,000 to upgrade its obsolete computer systems.

DARKE COUNTY — Not only does the Darke County Sheriff’s Office need to consider space for inmates, it also finds itself needing space to store and process information.

At its June 3 session, the Darke County Board of Commissioners approved a resolution of $110,000 to assist the Sheriff’s Office in upgrading its aging computer systems.

Whittaker said, “Our current system includes network switches that are nearing 10 years old, reduced storage capacity (hard-drive space) and operating system software that is reaching end of life within the next few weeks.”

Among the new equipment being purchased are new servers, software and storage. The total cost is estimated as $111,300.

“We already had some money in the line,” he said. “The Commissioners moved the $110,000 from the Capital Improvement Fund to cover what was needed.”

According to Whittaker, the upgrades are a critical element that will allow the agency to continue to serve the community with accuracy and efficiency.

“It is important to understand that practically everything we do at the Sheriff’s Office is supported, maintained or operated through our computer network system,” he said. “Examples include 911 communications, dispatch call management, accessing Bureau of Motor Vehicle and criminal records, taking law enforcement reports, documenting investigations, jail booking and inmate management, concealed carry licensing, taking fingerprints and employee time and attendance management, just to name a few.”

Whittaker said that as the office has worked toward more digital records and less paper records, the need for space has increased dramatically.

“Imagine, every photo we take in the course of our duties is stored electronically. Including traffic crash photos, crime scene photos, booking photos and in car videos,” he said. “Most of these photos are required to be taken at the best resolution possible by the device being used. Practically every written statement or paper we process is also stored or scanned electronically. This requires a lot of hard drive space.”

Until now, the office’s efforts to keep up with new technology has been piecemeal.

Whittaker explained, “As the system was put together, it was done in pieces. We have a variety of computer servers that have been purchased over the years as we have added applications and software leaving us with a number of separate pieces of hardware to maintain.”

“The new plan calls for fewer but larger servers with more storage and operating capability for the entire network and all of the various applications that we must have to meet the demands of modern law enforcement, emergency communications and records management,” he said.

Commissioner Mike Rhoades explained that the commissioners have been mindful of the situation at the Sheriff’s Office for some time.

“We’ve been planning for this for a few years,” he said. “We already had the money in place.”

Rhoades said, “The Sheriff’s Office has been ‘cannibalizing’ other pieces of equipment to keep the system running so it’s a necessary expenditure.”

Commissioner Mike Stegall added, “It’s all about the safety of the county. It’s not something that we could let go.”

The Sheriff’s Office estimates the upgrades should be implemented over the course of the next few months.