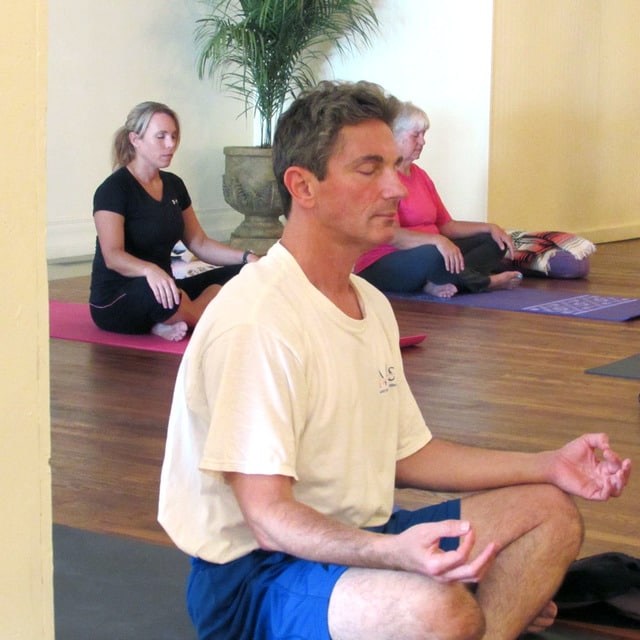 Yoga studio elementsLife announced that as of August 3, students taking classes can now pay on a donation basis only.

“The donation system will apply to all public classes,” said C.J. Jasenski, who owns and operates the studio with his wife Emily, a nationally registered yoga instructor.

The couple started their business eight years ago. They purchased and refurbished their present location, 120 West Third Street in Greenville, three years ago.

As part of the plan, called “Yoga Love,” students are asked to make a monthly, weekly, or per-visit donation to help cover the overhead costs of providing the classes.

“Bigger studios in larger, urban areas may do it for only a couple of classes for beginners,” said C.J., “but we decided to go ahead and do it for all of them.”

Suggested donations are $50 per month for unlimited classes, $35 per month for those attending one class per week, and $12 for a single session.

C.J. said that he and Emily hope the new pay system will encourage those interested in yoga to take the plunge.

“We’ve lowered the threshold so that anyone who wants to do yoga can,” he said.

Though only two days have passed since the studio initiated Yoga Love, C.J. said he was encouraged by the response.

“We usually have only five or six people at Monday night’s class,” he remarked. “Last night we had 11. As August is one of our slower months — that’s a good sign.”

While admitting that going donation-only could prove to be a challenge, the studio’s co-owner appeared optimistic that the system will work well for both the business and for its yoga students.

“Though people don’t usually don’t do donations, as it isn’t a very common practice, we wanted to keep the power with the people taking the classes,” he said.