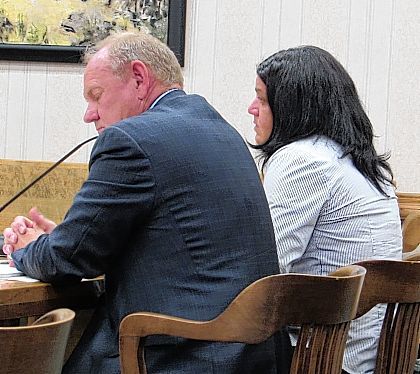 Sarah Fleming, 32, of Greenville, pleaded no contest to charges of attempted aggravated vehicular assault, a fourth-degree felony, and operating a motor vehicle under the influence (OVI), a first-degree misdemeanor. Only the drunk driving charge carried a mandatory jail sentence and fine, by law.

Hein issued a sentence of 30 days in jail with credit for one day served and a $375 fine — the mandatory minimum for the OVI. The jail time is to be followed by 60 days of house arrest. Fleming was sentenced to up to 60 months of community control sanctions (probation) for the felony charge. Her sentence also includes a mandatory six-month license suspension.

Hein added that if terms of the probation are violated, Fleming is subject to up to 18 months in prison, which is the maximum for the attempted aggravated vehicular assault charge. He explained that the sentence will enable Fleming to get the treatment she needs for her substance addiction while allowing him the maximum “leverage” in case she fails.

“The goal, Miss Fleming, is have a lot of leverage moving forward,” the judge said. “You can look at that as pressure and get smashed by it, or you can see that as having a lot of patience on our part that when you make improvement and then fail, which we expect, as long as there’s more improvement, we can continue to work with you longer.”

Fleming has a history including OVI, assault of a peace officer, domestic violence and disturbing the peace. Her attorney, Randall Breaden, pointed out that her criminal history has stemmed from her alcoholism, which she openly admitted.

Fleming is in treatment for her alcoholism and mental health issues of bipolar disorder and depression, which she said have led her to attempt to “self-medicate.”

“The help I’m receiving from (Darke County) Mental Health is helping immensely,” Fleming said. She added that being employed also has helped keep her on track with her recovery.

Hein explained to the defendant that her goal was recovery and that she must approach every day with an eye to that recovery.

“You look like a train wreck right now,” Hein told Fleming. “This needs to be the worst day of your life. Then tomorrow hopefully it’s better, but you’ll still look like a train wreck. In a week, I hope I’m getting reports from the jail that you’re starting to level out and get a sense of long-range vision.”