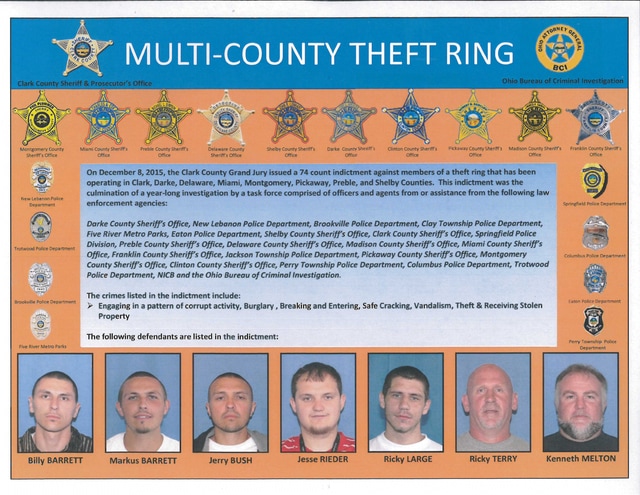 GREENVILLE — A press conference was held at the Darke County Emergency Management Agency Friday afternoon to announce the indictment of of seven men in a multicounty theft ring that stretched from Darke County to the Columbus area.

On Dec. 8, the Clark County Grand Jury issued a 74-count indictment against members of a theft ring that has been operating in Clark, Darke, Delaware, Miami, Montgomery, Pickaway, Preble and Shelby Counties.

The crimes listed in the indictment include engaging in a pattern of corrupt activity, burglary, breaking and entering, safe cracking, vandalism, theft, and receiving stolen property.

This indictment was the culmination of a year-long investigation by a task force comprising officers and agents from or assistance from the following law enforcement agencies: