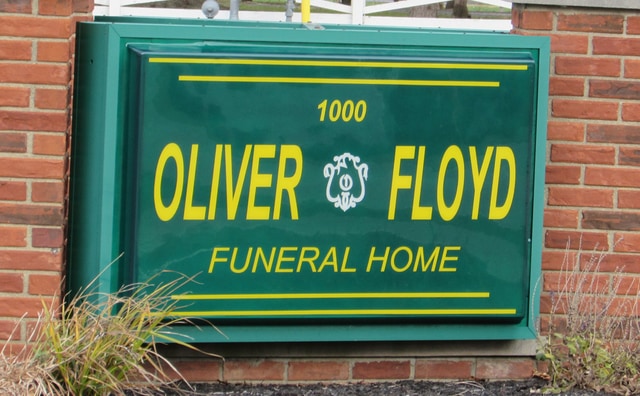 The transfer of ownership from Joe Floyd to Fee was completed December 17, for an undisclosed amount.

“We’re super excited about the expansion,” said Fee. “It brings a whole new aspect to our service, to our ministry. It’s an awesome step for us, because we’re able to serve more people, minister to more people.”

Oliver-Floyd Funeral Home has been in business since 1944, first in Ansonia, then opening a location at the corner of West Main and Elm Streets in Greenville in 1958. The current facility on North Broadway in Greenville opened in 1994 and the Ansonia location closed and merged with it in 1998.

Floyd purchased the home from Roger Oliver in 2004.

Braund-Pope Funeral Home’s origins go back even further, to the late 1800s, when it was originally called Stutz-Sando Funeral Home, then later named Storch-Braund. Fee purchased the home from Delbert Braund nearly nine years ago, in February 2007.

He stated that despite the purchase, the Oliver-Floyd name will remain out front for the time being.

“It’s not going to change anytime soon,” he said.

Other aspects of the business will also remain unchanged, including the Oliver-Floyd contact information, such as the home’s phone number, email and website. Fee also says the acquisition will bring the staffs from Braund-Pope and Oliver-Floyd together to “better serve the community.”

“The transition is a lot more seamless than I imagined,” he said.

As well, area clients who have preexisting funeral arrangements with Oliver-Floyd will see their deals honored in their entirety regardless of the ownership transfer.

For Fee, owning and operating the two funeral homes is more a ministry than a vocation.

“God has called us to celebrate life,” he said. “Our motto is ‘Celebrating lives… serving families.’ That’s what we live by. We go out of our way to do anything we can for you to ease the grieving process.”

Fee added, “It’s important to be able to keep [Oliver-Floyd] locally owned. We can personalize people’s service any way they want. I’m grateful to Joe [Floyd] for selling it to me so that we can keep it local.”