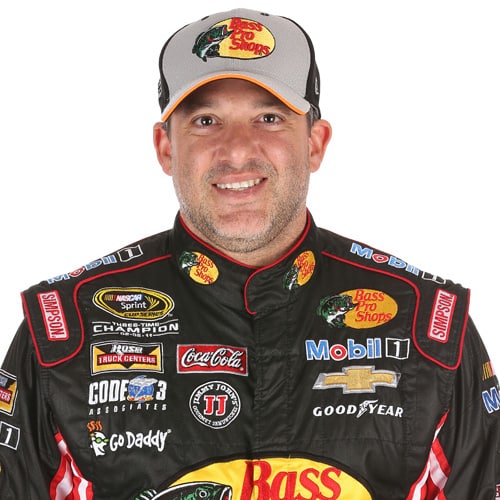 RICHMOND, Va. (AP) — Three-time NASCAR champion Tony Stewart returned to the track on Friday for the first time this season, and several drivers said they support his right to raise questions about safety concerns.

NASCAR fined Stewart $35,000 on Thursday for comments he made criticizing the series for not policing how many lug nuts teams are applying during tire changes. Some teams have opted to use four lugs nuts instead of five for a faster pit stop, especially late in races, and it has led to a rash of loose wheels in the past two races.

The nine-member driver council announced Thursday night that it would pay the fine for Stewart, saying it disagreed with the punishment, and council member Denny Hamlin said at Richmond International Raceway that the show of solidarity was important.

NASCAR said Friday that it has always had severe penalties in place for loose wheels, including a four-race suspension for the crew chief and tire changer, but Scott Miller, senior vice president for competition, said the series has decided to “re-evaluate our position” in enforcing the rules.

“The teams are obviously pushing harder than they ever have in this area and it’s time for us to take a look at it,” Miller said, without giving a timetable for how long the review will take, or when changes might be made.

Hamlin thinks Stewart’s stature and experience should count for something.

“We just think that there should be a little bit of leniency there for someone that knows a lot about our sport and has been in our sport a long time,” Hamlin said of Stewart, who also is a car owner. “He gave his opinion and especially when it’s something on safety, too. I think it’s pretty important.”

“With Tony, there is plenty of experience behind what he says and a lot of people listen to his opinions because he has a lot backing him up,” Logano said.

Stewart, who is retiring at the end of this season, missed the first eight races because of a back injury. He made the comments during a sponsor appearance on Wednesday.

“For all the work and everything, all the bulletins and all the new stuff we have to do to superspeedway cars and all these other things they want us to do for safety, we can’t even make sure we put five lug nuts on the wheel,” he said. “This is not a game you play with safety and that’s exactly the way I feel like NASCAR is treating this. This is not the way to do this.”

NASCAR chairman Brian France said Thursday that Stewart was wrong and that the series takes pride in its push for safety.

“I would say this: Nobody has led, done more and achieved more in safety than we have. It is a never-ending assignment and we accept that,” France said during a meeting of the Associated Press Sports Editors in New York. “We do take offense that anything we do is somehow leading toward an unsafe environment. Safety … that’s the most important thing we have to achieve.”

“Our meetings with NASCAR have changed the sport and will continue to change the sport for many years,” Hamlin said. “Mostly it’s all positive. Every now and then we feel like we should show solidarity to a guy who’s done a lot for the sport, and we still don’t want to be so politically correct all the time and have to filter our thoughts and think about it because we have sponsors on our cars or owners we have to answer to or NASCAR. Sometimes you just want to say what you feel and we feel like you should be able to do that at times.”