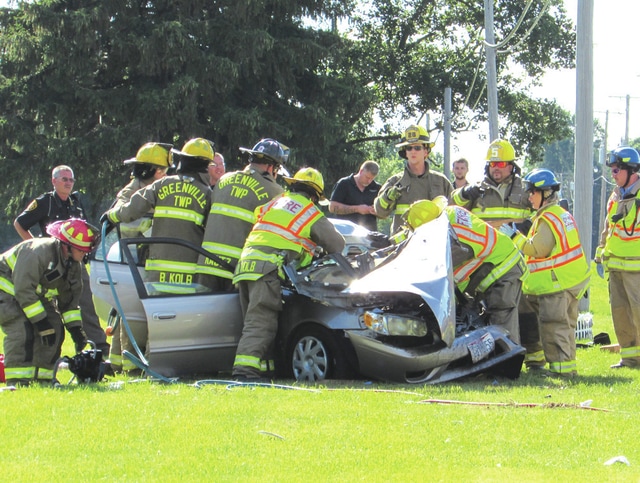 GREENVILLE — A Greenville woman died of her injuries Tuesday after her car was hit by a pickup truck in a chain reaction, three-car, head-on accident.

At 5:03 p.m. Tuesday, Darke County Sheriff’s Deputies, along with Greenville Township Fire and Rescue, Ansonia Rescue and Union City Rescue, were dispatched to the 4100 block of State Route 571 in response to the crash.

Sanders lost control of his vehicle and went left of center, striking a 2002 Toyota Corolla, driven by Linda Stebbins, 61, of Greenville, which was driving eastbound behind Holmes’ vehicle.

Stebbins was trapped in her vehicle and had to be extricated by Greenville Township Fire and Rescue. Stebbins succumbed to her injuries and was pronounced dead at the scene.

At this time, the cause of Holmes’ vehicle going left of center is unknown. The accident remains under investigation by the Darke County Sheriff’s Office and the Darke County Coroner’s Office.