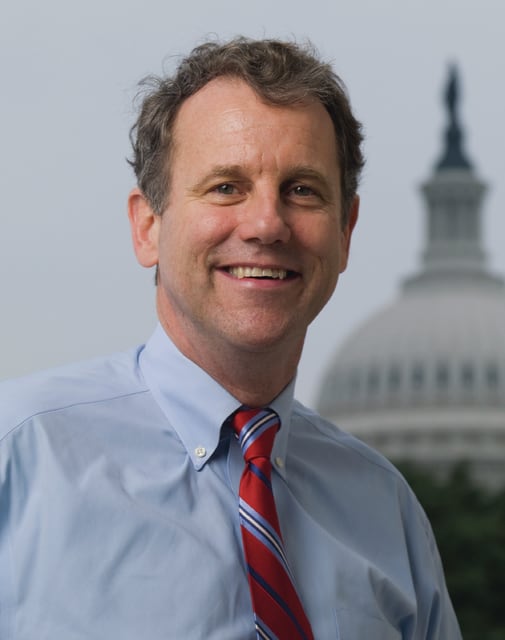 Because of the Affordable Care Act, we’ve made progress in lowering the cost of prescription drugs. We’ve expanded coverage to nearly 20 million Americans and we’re on track to close the Medicare Part D “donut hole” by 2020.

But too many Ohioans still struggle to afford essential medicines that treat diseases like cancer and arthritis. Every day, my office gets calls and letters from Ohioans who cannot afford their prescription drugs. They are forced to choose between their medicines and other necessities.

Some of these drugs are known as “biologics,” which are made using living organisms. And their prices are often sky-high, due in part to a lack of competition. Right now, this class of drugs has the longest exclusivity period of any pharmaceuticals on the market – meaning the drug companies that hold the original drug patent can sell it at high prices for years, without facing any competition.

Not only do the drugs enter the market with exorbitant prices, but manufacturers are also able to raise prices year after year. The biologic Gleevec is used to treat several types of cancer and came on the market in 2001 priced at $26,400 per year. Today it costs $120,000. But other companies are prohibited from making similar drugs at a lower cost.

This has a chilling effect on innovation, limits competition, and prevents other companies from developing and marketing similar drugs, known as “biosimilars,” which are as safe and effective as biologic drugs.

So I’ve introduced a bill to do just that.

Last month, I joined my colleagues to introduce the Price Relief, Innovation and Competition for Essential Drugs, or PRICED, Act. It would lower drug prices by reducing the market exclusivity awarded to drug companies for biologics from 12 years to seven years.

That means drug companies will lose their monopoly power in nearly half the time, fostering competition and helping to increase options and make drugs more affordable for Ohioans.

According to the latest estimate from the Department of Health and Human Services, this would save the federal government alone – which spends huge amounts on biologics through Medicare and Medicaid – some $6.9 billion over the next 10 years. This legislation would save taxpayers billions, and bring more affordable drugs onto the market.

Ohioans facing serious and chronic illnesses like diabetes, arthritis, and cancer should not have to worry that the cost of drugs will bankrupt them or keep them from getting the treatment they need.