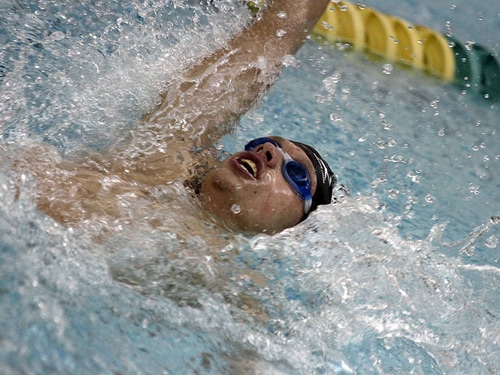 OMAHA, Neb. – The USA Swimming Olympic Trials showed that Versailles graduate Mitchell Stover is one of the best swimmers in the nation but also showed him that he has a lot of room for improvement.

Stover, a 2014 graduate of Versailles High School, competed at the Olympic Trials in the 100 meter backstroke and 200 meter individual medley.

“(It) showed me that there’s always someone that’s faster and proved that I just have to work harder and be the best that I can be,” Stover said.

Even though he didn’t advance beyond the preliminaries or swim as fast as he had hoped, Stover said competing at the Olympic Trials was a great experience.

“I’ll never forget it,” Stover said. “An experience of a lifetime.”

Probably the best part of competing at the trials was getting to watch the nation’s best compete in the finals, Stover said.

“It’s really cool just to compare myself but just knowing that they’re way faster,” he said. “It was just all-around really cool.”

Having the experience of competing at the Olympic Trials only should make Stover stronger when he returns to the Wright State University swim team. In college he’s established himself as one of the best swimmers around having won Horizon League Male Freshman of the Year honors for the 2014-15 season and then being named the Raiders’ team MVP for the 2015-16 season.

Stover’s next goal in college is to make the NCAA national meet, an objective he’s even more passionate about achieving since swimming in Omaha.

“It motivates me,” he said. “As soon as I came back from trials I wanted to start practicing again.”

Stover is unsure if he’ll continue swimming competitively after college and try to qualify for the 2020 Olympic Trials. That’s a decision he’ll probably make during his senior year of college, he said.

For now he’s focused on taking the lessons from the Olympic Trials and using them to make himself an even better swimmer for Wright State.

“It was still a really great experience and a great learning experience as well,” he said. 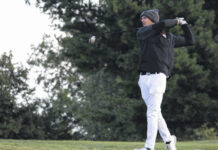 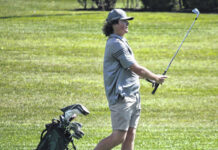 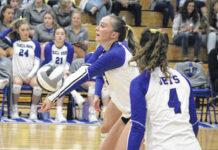