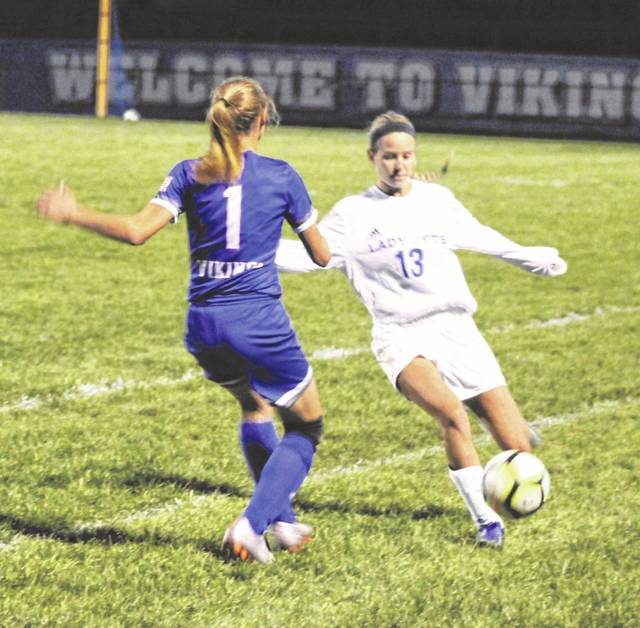 CASSTOWN – When freshman Maya Diceanu scored the first goal of the game to give Franklin-Monroe a 1-0 lead over Miami East in a Division III girls soccer sectional tournament game on Tuesday night, it set off a celebration on the field.

It was the first goal the Lady Jets had scored against the Vikings this season – they lost 5-0 to Miami East in the regular season – and it had them fired up.

They were so fired up that for the next 17 minutes the Lady Jets played their hearts out and kept the Vikings in check. But with 7:40 left in the first half, Whitley Gross put one in the back of the net to tie the game and the Vikings scored two more times before the end of the half en route to a 5-1 victory. They advance to face Milton-Union in the next round while the season came to an end for Franklin-Monroe.

“The goal was off of a corner kick and it passed a bunch of girls first and then Shelby Bowser hit it and it deflected off her and I chipped it to left upper corner of the goal,” Diceanu said. “It was awesome. Our morale was boosted and everyone was screaming. You could tell on their kick off after our goal they wanted the goal back. We played well after that, but we just made a few mistakes and it didn’t work out.”

The Lady Jets (3-14) had several other scoring opportunities, but just couldn’t get anything to go in.

“When we played against them during the season we had trouble capitalizing,” Diceanu said. “They finished on our mistakes and defeated us. We had chances to score but we didn’t. We came out ready to play today though, but again we just didn’t finish enough. It was a good season for us and I’m proud of the way we grew from our first game to our last. We grew a lot with our skill and just working together as a team.”

Coach Danny Diceanu was proud of his teams’ effort, but was also disappointed in the outcome.

“We played real well for the first 28 minutes or so,” Coach Diceanu said. “Maya and the girls were pretty excited when we scored that goal. We really played very well the first half especially going into the wind, but we made a couple of mistakes and gave them a goal.

“One of their goals was that nice long shot,” he continued. “Give her 100 shots like that and she might make that once again maybe because it was more luck than anything else with it hitting off the post on the far side, but then the other ones we didn’t manage to clear and get the ball out of there and left it in the danger zone and they capitalized so give them credit for it.

“In the second half I think we wore down a little bit. We were trying top press so they countered and got a few more goals. It is what it is. Everyone ends with a loss at the end of the season except for one team. It is disappointing that the season is over. I will miss the seniors. They are a fun group, but we will just regroup and come back next year and hopefully do a little better.”

The Lady Jets have four seniors who played their final game in a Franklin-Monroe uniform. They are Lilee Fisher, Kirsten Zink, Shelby Bowser, Peyton Archer.

As for the season overall, Coach Diceanu said he saw progression.

“We don’t have a lot of subs and some of the girls don’t have a lot of soccer background with last year being the first year playing for some of them so they are learning on the run,” he said. “They’ve adjusted and have done real well developing and getting better, but the other teams are ahead of that so it’s hard to catch up with experience. All you can ask is that they play hard which they did and let the chips fall where they may.

“We probably could have won a couple more games during the regular season,” Coach Diceanu said. “But we just keep on making mistakes and other teams capitalize. I think from beginning to end the girls progressed and got better though. I really feel we played better as a team and some of the combinations of players in different positions in the beginning was different at the end. I just think all you can ask is to get better and I think the girls had fun and enjoyed the season. None of our practices were somber or down. The attitudes were positive and they came in wanting to learn and got better and that’s all you can ask.” 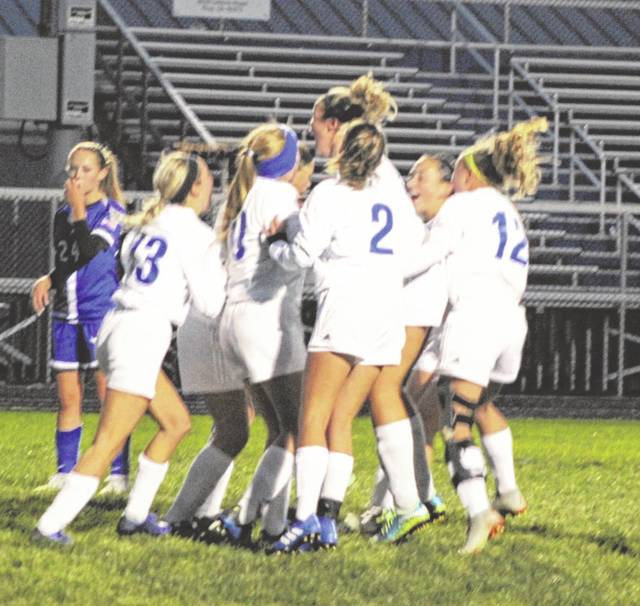 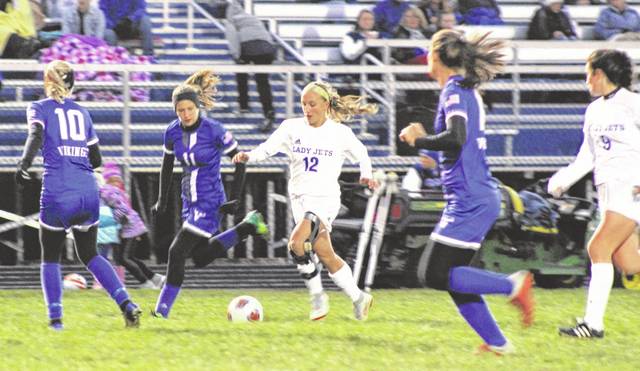 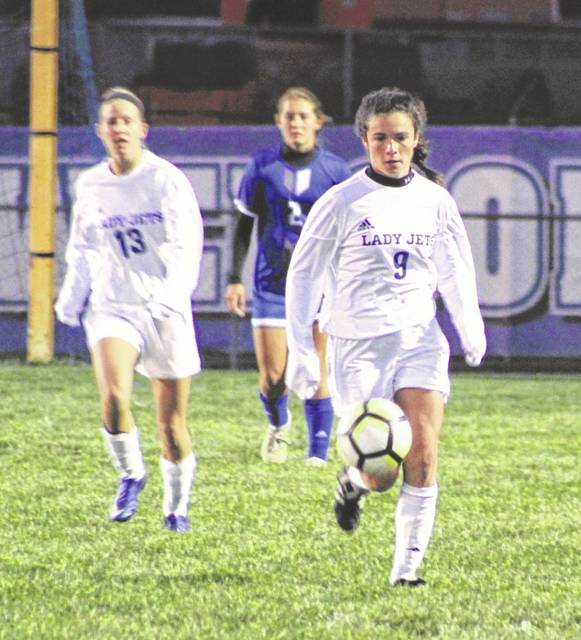