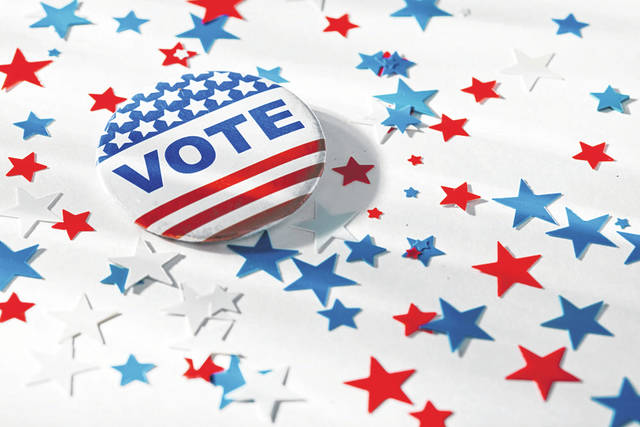 DARKE COUNTY — In two weeks, on Nov. 6, Darke County voters will be tasked with choosing from a number of candidates for elected office as well as deciding “yes” or “no” on a variety of state and local issues, although early voting has already begun.

Here is a rundown on the races and issues:

Three candidates are hoping to represent Ohio’s 3rd District on the State Board of Education. Incumbent Charlotte McGuire (Centerville) is being challenged for the seat by Dawn E. Wojcik (Trotwood) and Matthew D. McGowan (Liberty Township).

Statewide, voters will be asked to accept or decline Issue 1, a proposed constitutional amendment that would reduce penalties for crimes of obtaining, possessing and using illegal drugs.

Among Darke County townships and municipalities, voters will decide on various levy, tax and bond issues, including:

MARION LOCAL SCHOOL DISTRICT: Bond Issue and Tax Levy, 8.5 mills, 25 years, for the purpose of new construction, improvements, renovations and additions to school facilities and other improvements including acquiring and installing equipment, furnishings and site improvements, and all necessary appurtenances thereto.

TOWNSHIP OF TWIN: Tax Levy, Additional, .5 mill, Continuing period of time, for the purpose of maintaining and operating cemeteries.

VILLAGE OF VERSAILLES: Referendum, Shall ordinance No. 18-01 be upheld?