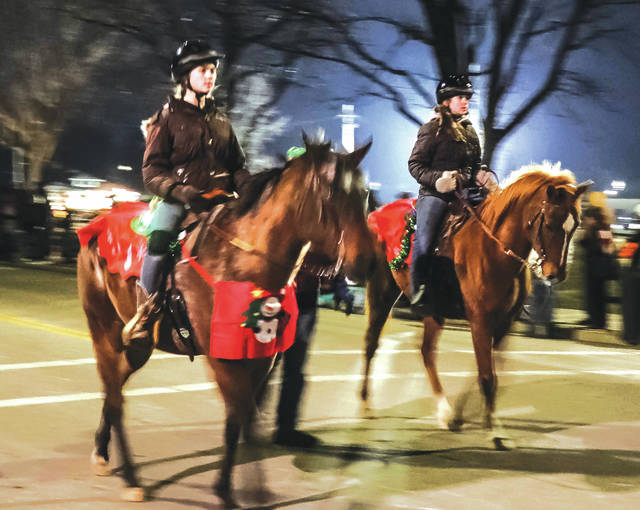 The event was co-hosted by the Arcanum Area Business Association and the Arcanum Athletic Boosters and sponsored by local businesses including Wintrow Signs & Designs and Greenville National Bank. Holiday-themed activities took place throughout the day.

“We are excited to sponsor the second annual Christmas in Arcanum and Horse Parade,” Wintrow owners Joe and Laura Wintrow said. “We are glad to be a partner with Arcanum to help bring this great event to the community to enjoy.”

“As a local community bank, we are pleased to take part in the Arcanum Horse Parade and to encourage others to support local businesses and community events,” said Amy Huber, manager of the Arcanum branch of Greenville National Bank. “GNB is proud to sponsor the Stryker Farms Cornerstone Belgians in the parade.”

Last year’s event was nearly cancelled due to heavy snowfall, but the 2018 parade unfolded much more smoothly. Festivities began with Breakfast with Santa from 8 to 11 a.m. at the Arcanum High School. Local craftsman, vendors and artisans displayed their wares at the Arcanum Field House from 11 a.m. to 4 p.m. A variety of food trucks also were staged at the Field House throughout the day.

The parade itself began at 7 p.m., traveling from George Street to Main Street and through Ivester Park. The park was decorated with Christmas lights by members of various volunteer groups. Children had the opportunity to visit with Santa after the parade in the Scout House. Horse and carriage rides also were available after the parade, along with a bonfire for attendees to warm up with and enjoy.

When Josh Urlage became president of the Arcanum Business Association in 2017, he quickly decided he wanted to do something a little different with the city’s yearly Christmas activities.

“We used to put up Christmas lights in the park, and we had a candy cane hunt, and we did the carriage rides,” Urlage said in the lead-up to last year’s event. “We had a lot of different activities that were sort of spread all through the month of December. So last year we got the idea, why don’t we just put it all together and do one big event?”

“The whole thing really exploded,” Urlage said. “The response, and the donations, have been amazing.” 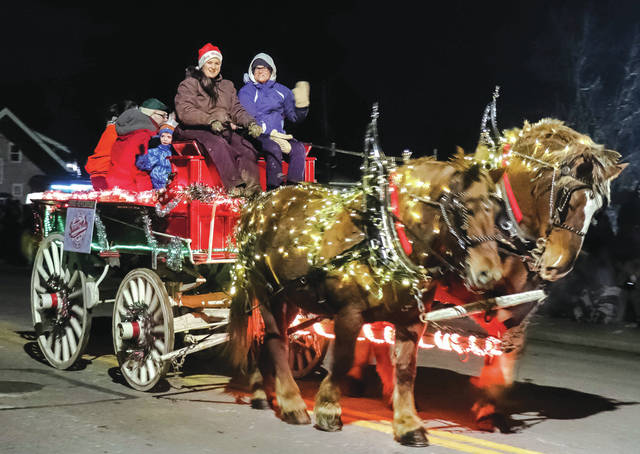 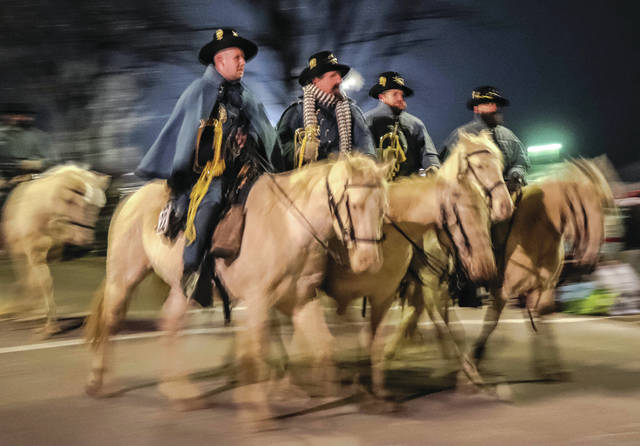