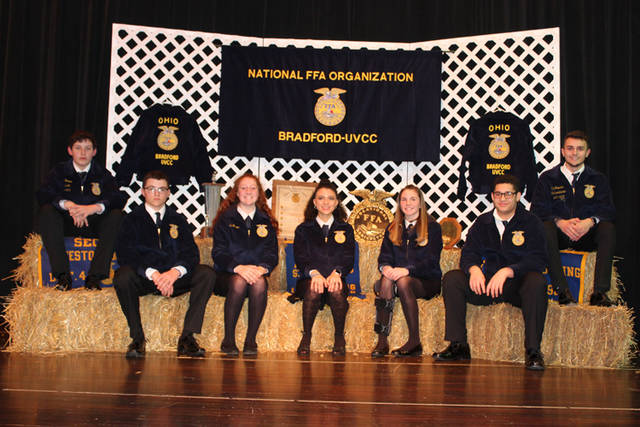 BRADFORD – Bradford’s FFA gathered together for its third annual banquet during which many members were celebrated for their accomplishments.

Food and a silent auction to raise money for members to attend FFA camp were part of the night along with CDE competitors, Greenhands, chapter degrees and the old and newly installed officer teams being congratulated on a successful year.

Ohio FFA state Sentinel Mallary Caudill gave a speech about how her big imagination and expectations as a child led her to her success as a state officer now. 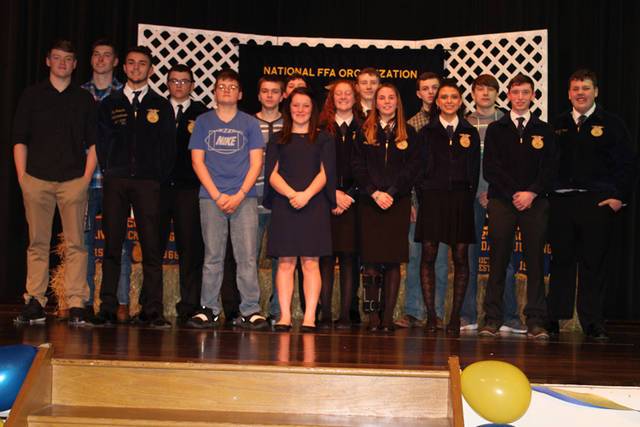