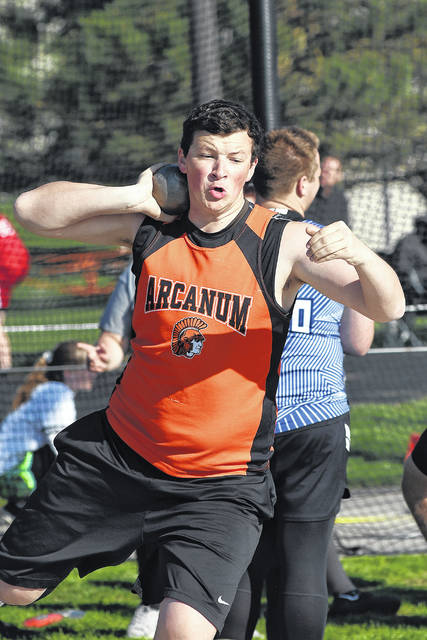 New records were established for the Shot Put and Discus by Double winner Dawson Hildebrand of Newton.

Hildebrand and McQuinn both broke the old mark of 153-00 for the discuss. McQuinn threw 153-10 for second place and Hildebrand 166-0.50 to set the new mark and win the event. Addison Ernst of Greenville finished third with a throw of 135-02.

Brock Shellhaas came up short of his record mark of 15-00 in the Pole Vault but still won the event clearing the bar at 14-06.00. Fellow teammate Matthew Shook was second at 13-06.00 and Ian Riffell of Greenville was third at 10’.

Greenville won the 4×800 meter relay with a time of 8:59;88, Versailles was second, Covington third and Newton fourth.

Both 110 Meter Hurdles was won by Cameron Stine of Newton 16.02, Brock Shellhaas of Ansonia second, Tristen Obrien of Arcanum third.

Bruner was a double winner taking the 200 meter dash with a time of 23.73, Logan Warner of Ansonia was second and Josh Eckel Barger of Newton third.

Bruner was just edged out on becoming a triple winner in the 400 meter dash.

Logan Warner of Ansonia won the 400 meter dash with an exciting finish. Warner’s time was 52.35 and Bruner’s 52.36. Jack Osborne of Versailles was third.

Newton won the 4×100 meter relay just shy of a meet record 45.76, second was Greenville, and in third place Ansonia.

Arcanum Tanner Delk was a double winner taking the 800 meter run as well with a time of 2:06.80. Versailles Brooks Blakeley and Ryan Subler were second and third.

Riley Emerick of Greenville won the 3200 meters with a time of 10:37.76, fellow teammate Matthew Karns was second and Own Via third of Newton.

Versailles won the 4×400 meter relay race with a time of 3:44:15, Covington was second and Greenville third.

Greenville won the 4×100 meter relay race with a time of 54.75, Ansonia was second and Versailles third.

Tyler Fraley of Covington won the high jump competition at 6-00.00, Layne Sarver of Tri-Village was second and Ian Riffell of Greenville third. 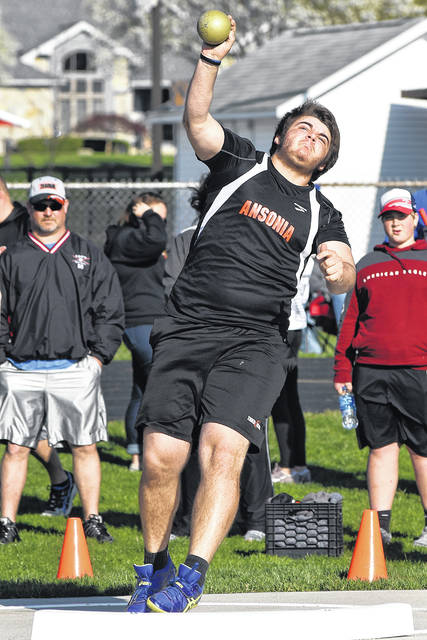 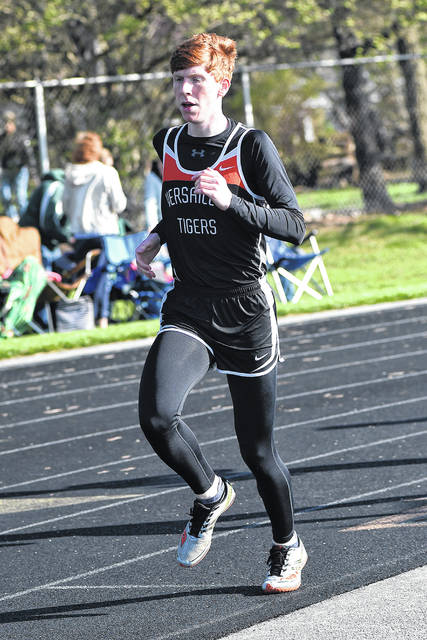 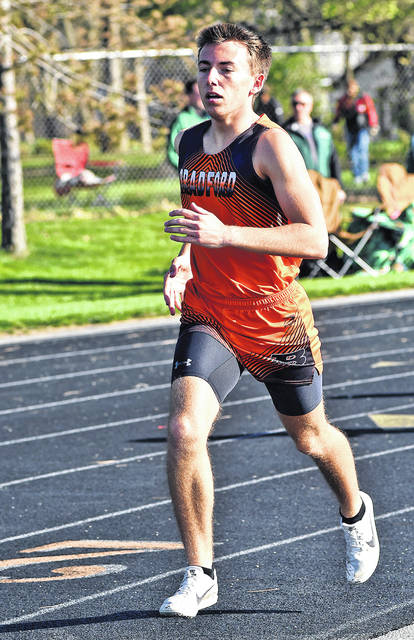 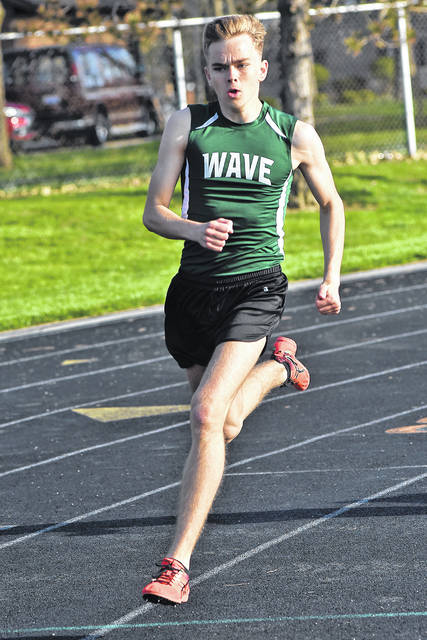 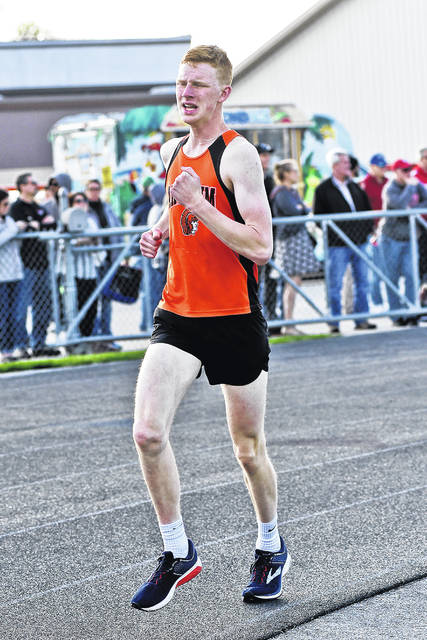 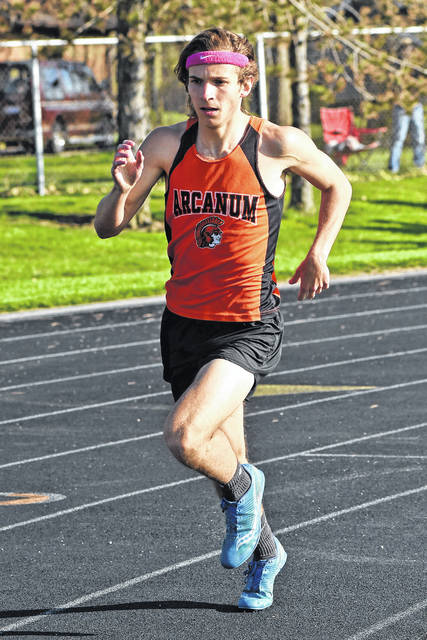 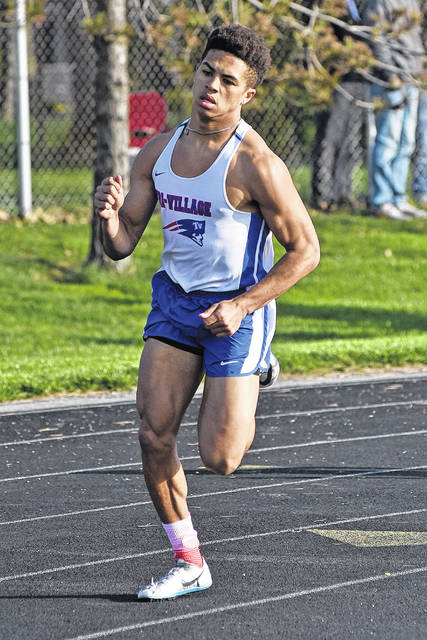 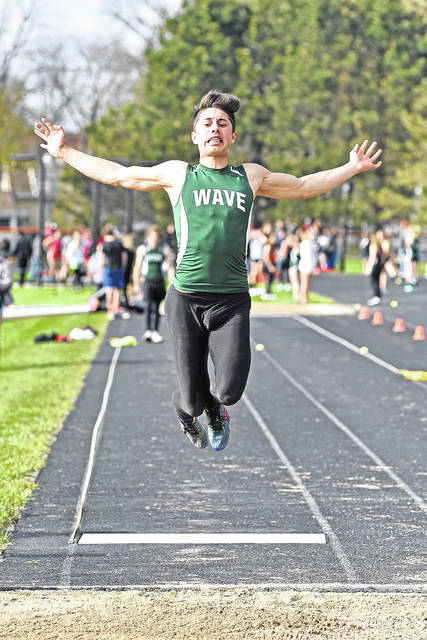 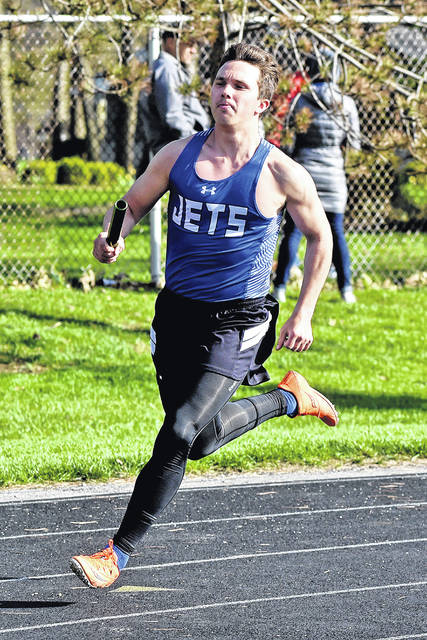