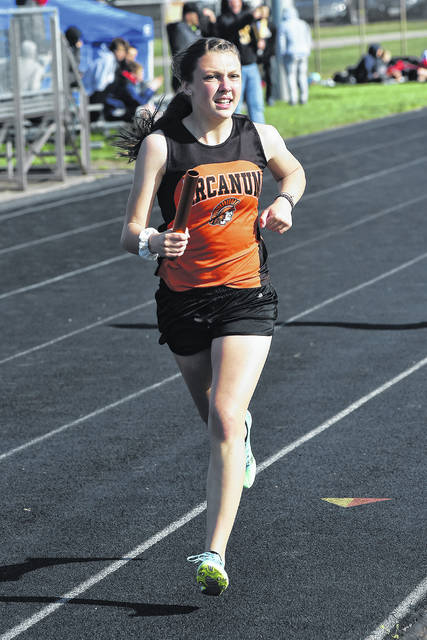 Ansonia – Cierra Rosinski of Ansonia won the 100 meter dash with a time of 12.9 and also was a member of the 4×100 team that took first place as well. Other 4×100 relay team members were Mariah Troutwine, Kierra Reichert and Hannah Wilson. Rosinski would also place second in the 200 meter dash as well with a time of 28 seconds and was on the 4×200 meter relay team that finished second. Other members for the 4×200 team were Molly Barga, Kierra Reichert and Hannah Wilson. Reichert also placed third in the 400 meter dash. The 4×800 meter relay team was fourth ran by Emily Wright, Emma Barga, Olivia Wright and Lydia Snyder. Mariah Troutwine was fourth in the 100 meter hurdles and second in the 300 meter hurdles. Troutwine, Barga, Olivia Wright and Reichert also placed second in the 4×400 relay.

Arcanum – Aidan Obrian finished second in the girls 100 meter hurdles and was a member of the 4×200 team that finished fourth. Other members of the 4×400 team were Eliza Smith, Abbi VanHoose and Aaliyah Shroyer. Obrian also was third in the 300 meter hurdles and Elora Sudduth was third in the 3200 meter run. In the field events teammates Morgan Best and Trista Hollinger finishes second and third in the discus throw. Hollinger also finished second in the shot put. Audrey Heiser was second in the high jump at 4-08.00. The girls team also won the 4×100 with a time of 1:04.8. 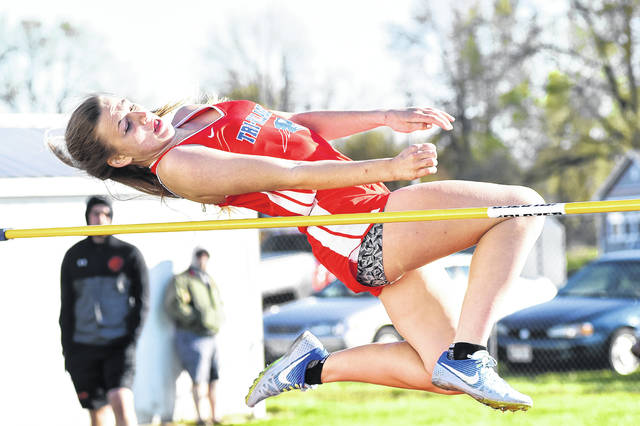 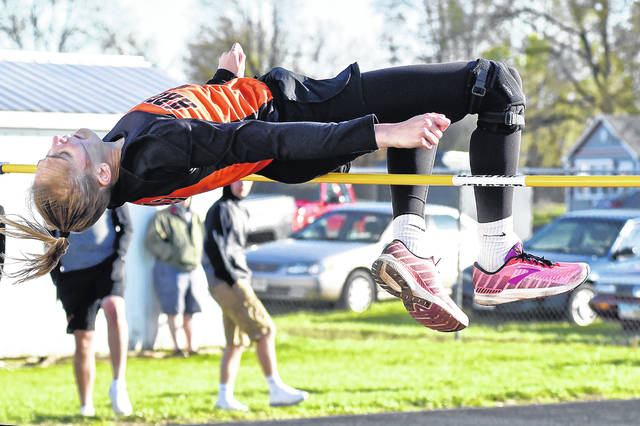 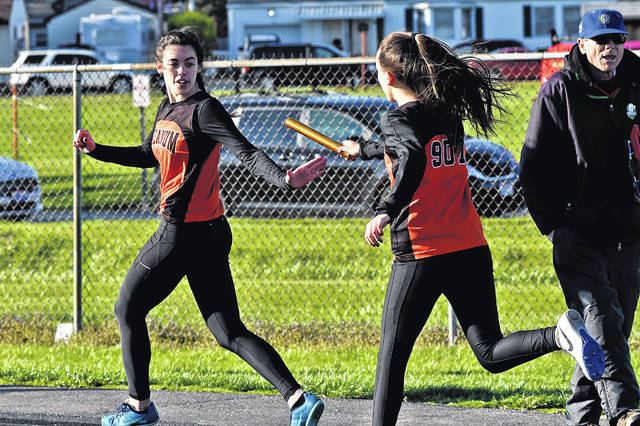 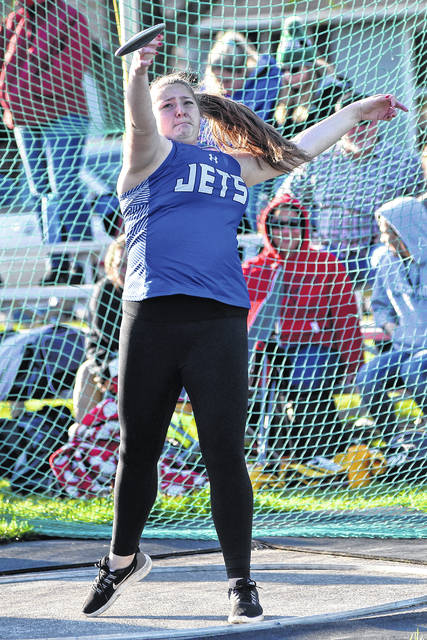 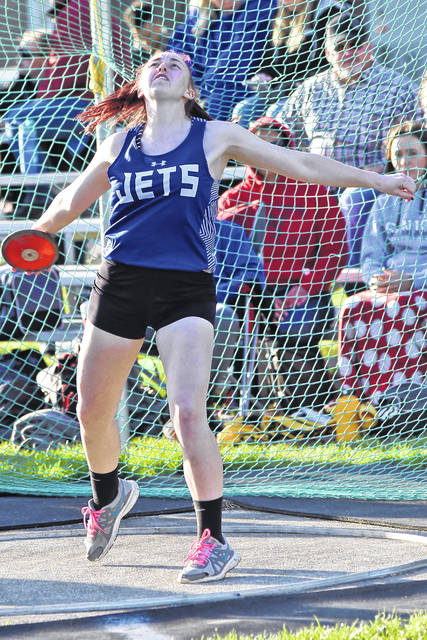 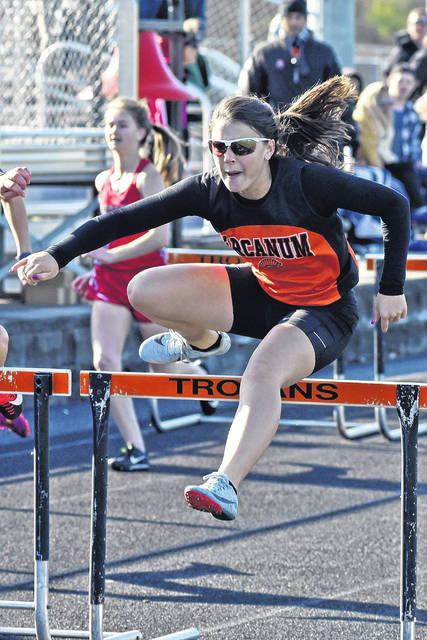 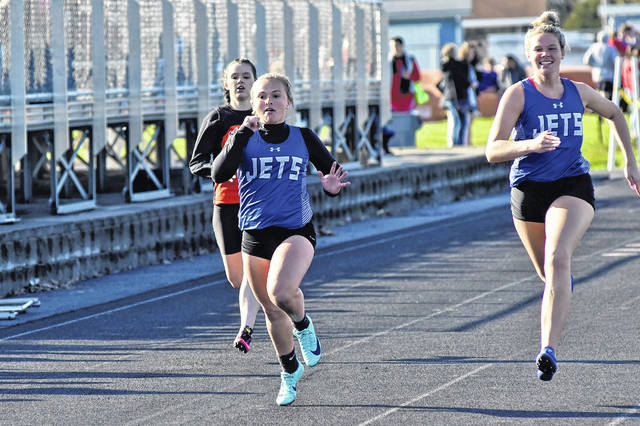 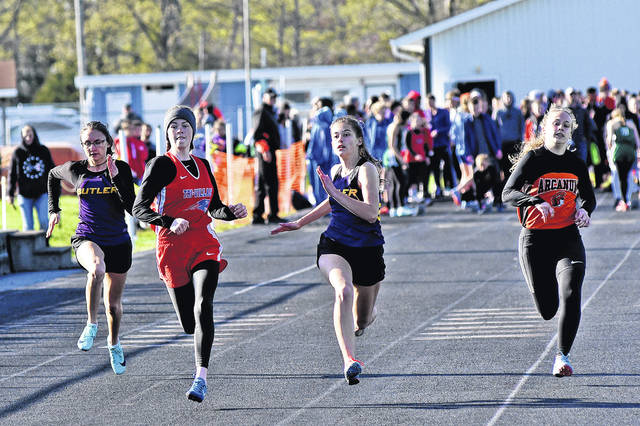 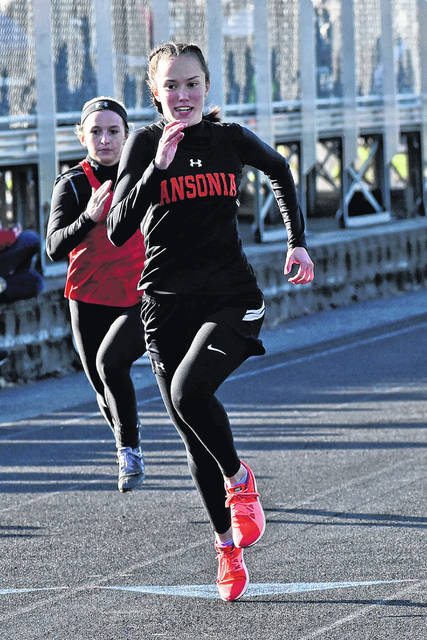 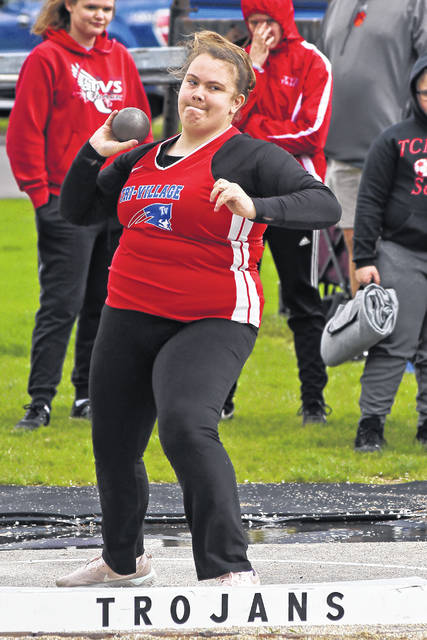 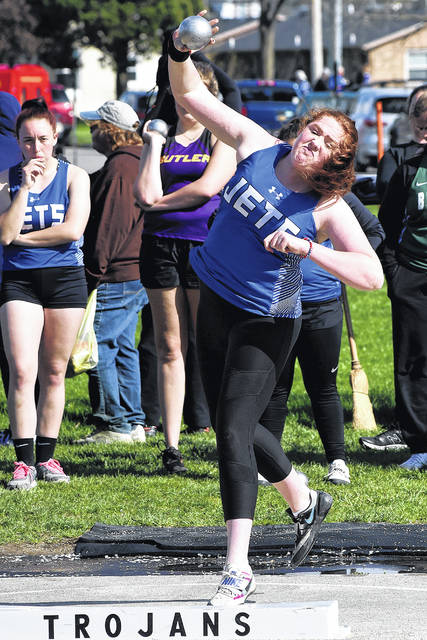 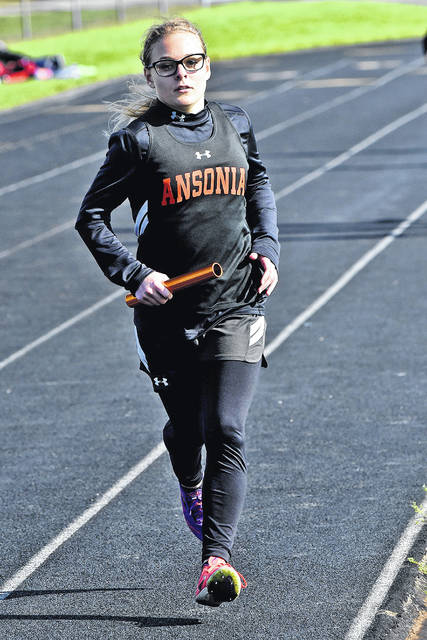 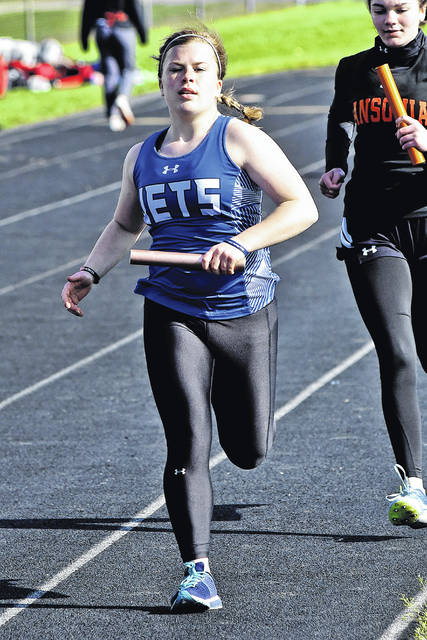