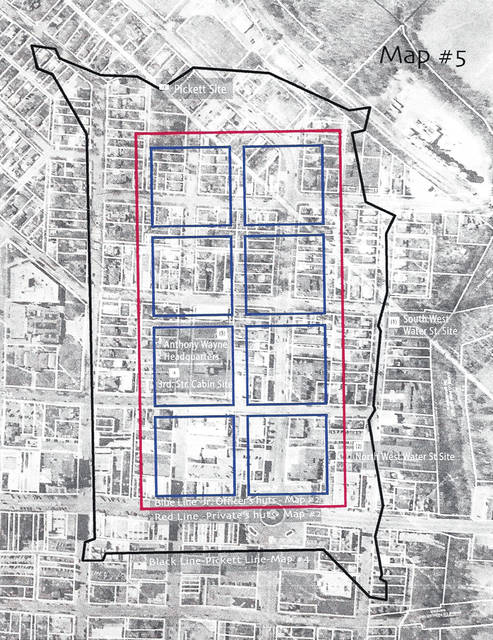 GREENVILLE – Years of searching finally paid off. An original 1793 drawing of Greene Ville showing how the fort was laid out and its exact measurements has been found at the Historical Society of Pennsylvania. It is untitled and not dated; hence archivers had placed the drawing as best they could, but in an unusual spot where no one thought to look.

The discovery will pinpoint Anthony Wayne Headquarters and the council house where the famous Treaty of Greene Ville was signed.

More information can be found at Garst Museum in Greenville where artifacts and displays of the 1793-97 fort are on exhibit.

An article, with pictures, can be found in the latest Ohio Archaeologist, the publication of the Archaeological Society of Ohio, which was just released.

The group thanks Jim Surber and the Darke County Engineer’s Office for converting measurements and putting the different maps in the same scale.