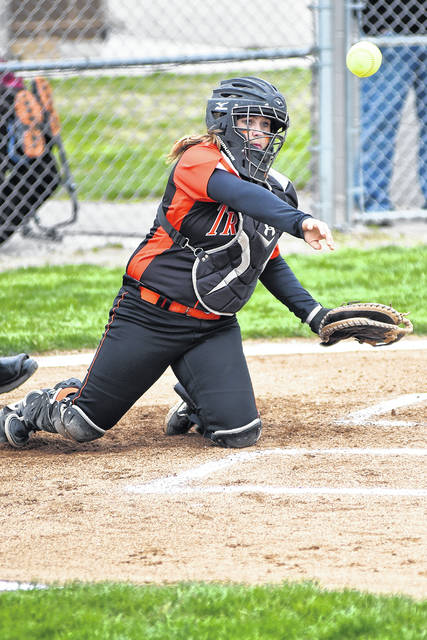 ARCANUM – It was an emotional night for the Lady Trojans softball team as they recognized 3 seniors before their game with Miami East. That emotion turned to jubilation as Arcanum run ruled the Vikings 10-0 to claim an outright Cross County Conference championship as well.

All three contributed in big ways to help their team to the title. It would be the 3rd title in 4 years for the seniors.

“The girls were all emotional before and throughout the game … but they banded together and got the win,” Arcanum coach Rick Stone.

“Tonight, senior Laura Lumpkin got her first start of the year and she goes 3-3 and a walk-off double to win the game. You couldn’t have written a better script for her senior night performance.” Stone praised.

Stone also talked about his other two seniors as well.

“Kaylee Wilcox has been a great catcher for us, and she will be moving on to play in college at UNOH. She has been an all-around great leader and is the kind of kid you want to coach, hard-nosed, always diving, doing anything she can to make the team better. She’s had a phenomenal year, coming into tonight she was leading the team in batting average as has been great all year long.” Stone beamed.

“Macey Hartman, if there’s a girl in this league that gets blacker and bluer and takes more balls off their body … she’ll sacrifice herself to do what needs to be done and plays the game hard, the way it’s supposed to be played. Macey’s had a heck of a career for us and will be playing next year for Urbana.” Stone declared.

“Our seniors have showed the girls how you have to go all out and play all year. All three are great athletes and more important great kids and I’m proud to have coached them and proud of what they have accomplished, and I wish them all the best going forward.” Stone said.

Macy Skelton would get the job done on the hill pitching a complete game shut-out, gave up just 4 hits over 5 innings, she struck out 5 and walked just one batter.

Offensively the Trojans had 9 hits with senior Laura Lumpkin going 3-3 and Camille Pohl 2-3 both having multiple hits in the game.

The Trojans scored four runs in the fifth inning including the double by Lumpkin to secure the win.

Defensively senior Kaylee Wilcox had 5 put outs and center fielder Eliana Sloan made two spectacular catches one diving and falling to the ground to take away a Miami East opportunity.

“It’s been a great year I knew we had the talent. We had a crushing loss this year to Newton and all that did was bring the girls closer together. They’ve worked very hard then to get back on track and we were able to finish out with wins in a very tough conference to win it and I’m very proud of them for that,” Stone concluded.

Overall the Trojans are 20-1 and are scheduled to play West Liberty Salem in the sectional finals Monday night at West Liberty at 5pm. 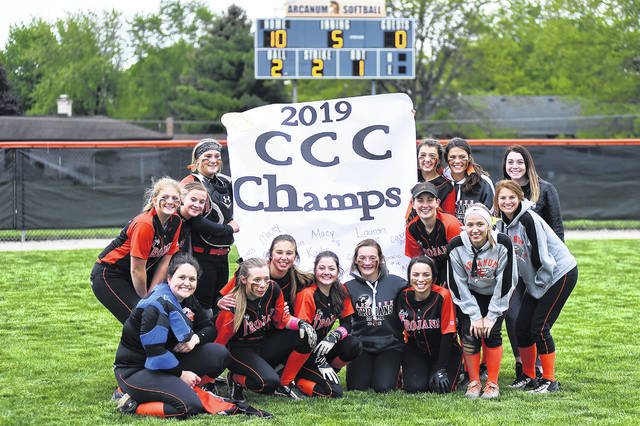 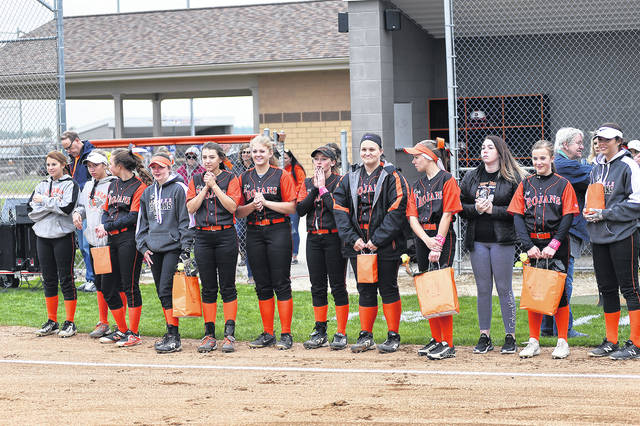 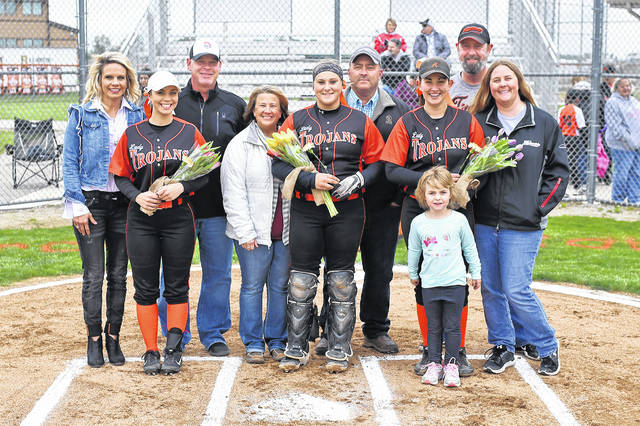 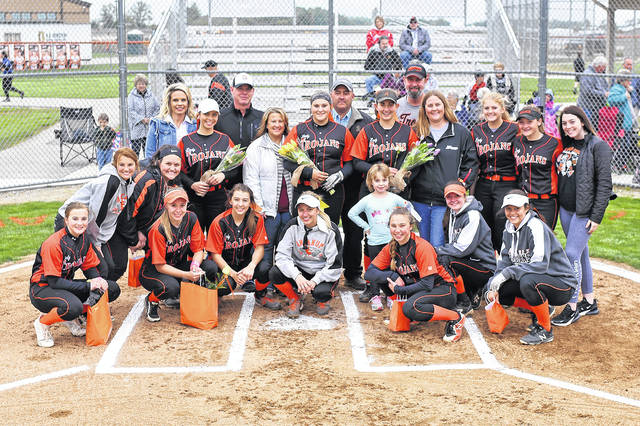 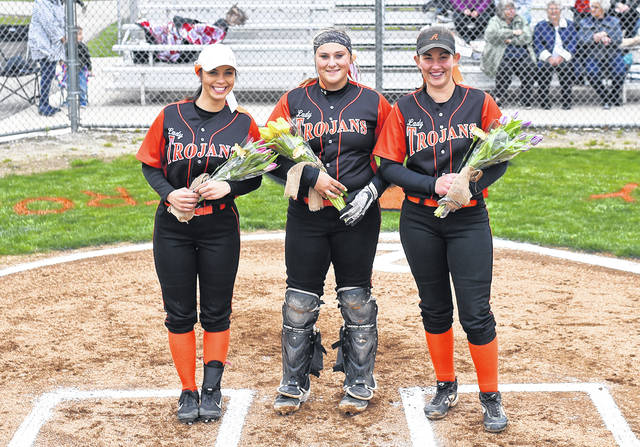 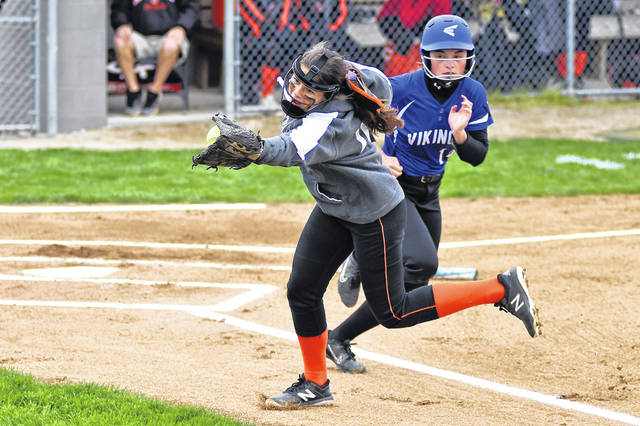 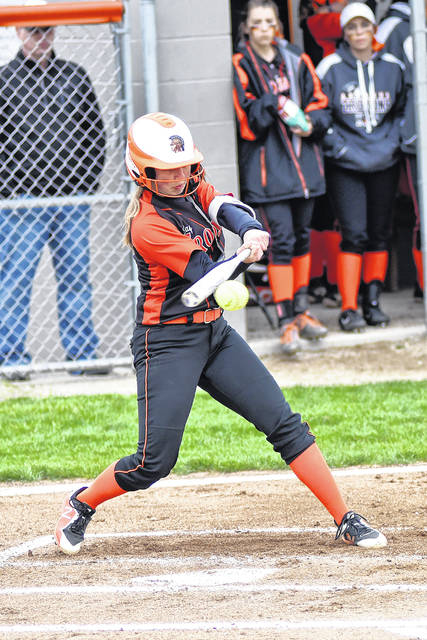 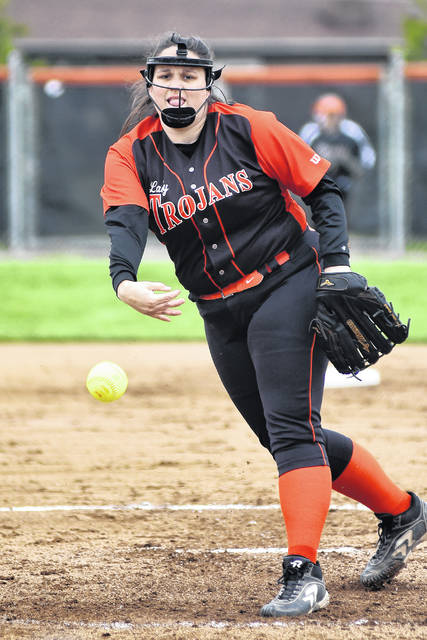