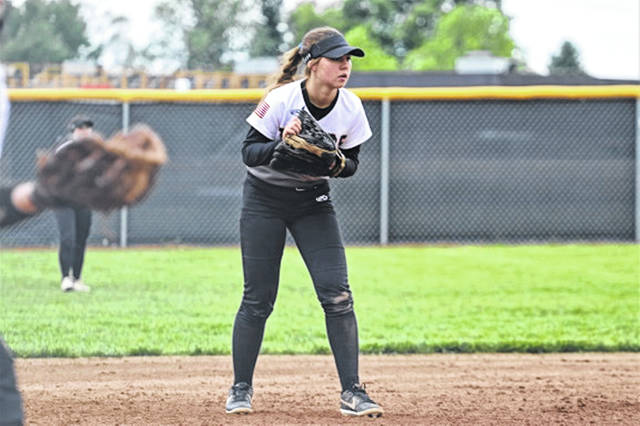 CARLISLE – The West Liberty-Salem Lady Tigers jumped out to a 1-0 lead in the top of the first inning and went on to defeat the Arcanum Lady Trojans 6-0 Monday night in OHSAA Division III tournament action.

“Good luck to West Liberty,” said Arcanum coach Rick Stone. “You hate to lose but tonight we come out and battled back. Get bases loaded, just couldn’t get that hit to get back in the ballgame, but we were right there.”

“I’m proud of them,” West Liberty-Salem coach Kenleigh Farris said of her Lady Tigers win. “They were producing when we had no outs, one out, two outs – so offensively they all did a great job.”

The Lady Tigers used a one out double to center off the bat of Hallie Strapp and a Kelsey Day RBI single to left to take an early 1-0 lead.

“Leadoff batter hits a line drive to centerfield and we kind of bobbled it out there and she gets on,” Stone said. “Then we throw her out at third and when we did, the swipe tag the ball comes out of her glove. We should have had her out twice and she scored a run and that kind of set the tone.”

Aubrey Williams led off the third with a double to left, Rachel Hostetler legged out a bunt single and stole second. Williams was cut down at the plate for the first out of the inning before Kelsey Day walked loading the bases.

Kayle Henderson drilled a two run double to center scoring Hostetler and Strapp upping the Lady Tigers score to 3-0. An error led to the final run of the inning with West Liberty moving out to a 4-0 lead.

WL-S plated the final two runs of the game after two were down in the top of the fourth by taking advantage of a Hostetler walk, a RBI Strapp double to left and a run scoring single off the bat of Day to make it a 6-0 game in what would stand for the final score.

“We played even with them,” Stone said of the final three innings. “We’re just as good a ball team as they are. Today was their day. It’s just the way it goes.”

The Lady Trojans would go down for the fourth consecutive inning keeping a perfect game in tack through 4.2 innings before Arcanum’s Peyton Garbig would reach first by way of a hit batsman with two down in the fifth and Eva Siculan followed with the Lady Trojans first hit of the night to break up the no-hitter. Elliana Sloan was hit by a pitch loading the bases before the WL-S would get out of the inning without giving up a run.

“She hasn’t hit a girl all year so for her to hit two players in one inning is a little bit uncharacteristic of her,” said WL-S Coach Farris. “We were asking her to do some things differently pitching wise. She did a great job. We worked out of the inning and we did a great job backing her up on defense.”

Back-to-back one out Camille Pohl and Gracie Garno singles were left stranded sending the game to the final inning of play with the teams going scoreless for the third consecutive inning to close out play on the day.

“Their pitcher stayed outside, and that curveball of hers – he (umpire) was giving her the outside corner,” noted Stone. “We finally adjusted to her and put some good meat on the ball but out in centerfield it just seamed like it was dying. When it left the bat I thought we got here burnt here and the balls just died out there.”

Camille Pohl, Gracie Grano, Peyton Garbig and Eva Siculan each accounted for a single to lead Arcanum at the plate.

Kayle Henderson was 1-3 with a walk, 2-RBIs and a run. Hannah Riblet went 1-3 and a walk and Arrah Sandy and Aubrey Williams each accounted for a hit.

“Hallie Strapp came up big today with some really hard hit balls,” Farris stated. “All the girls are really hitting and seeing the ball well.”

Kelsey Day went the distance on the mound to earn the win allowing no runs, no walks and striking out six.

“Kelsey Day pitched really well,” Farris noted. “She had a great game going the whole entire time. They didn’t get too many balls hit really hard. She was just hitting her spots really well.”

“I’m hoping next year to schedule – get a lot more, bigger schools to play and get ready for this kind of thing,” Coach Stone concluded. “We just made a couple mistakes in the field and they just outhit us and that’s the way it goes.” 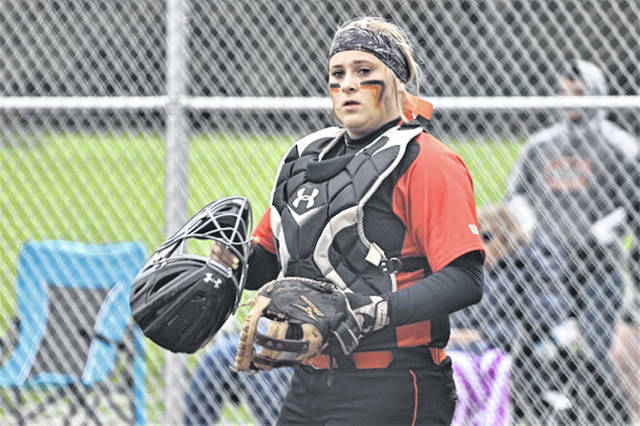 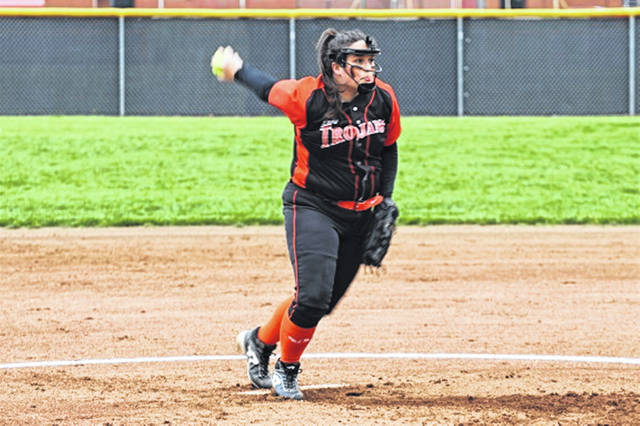 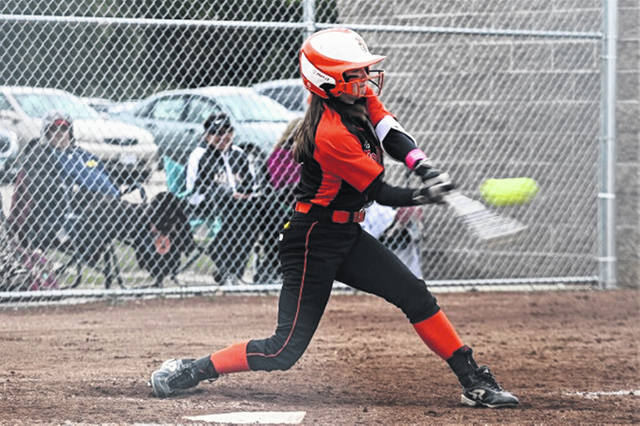 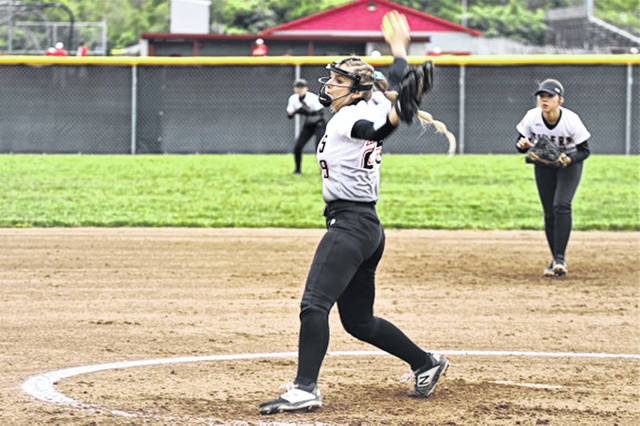 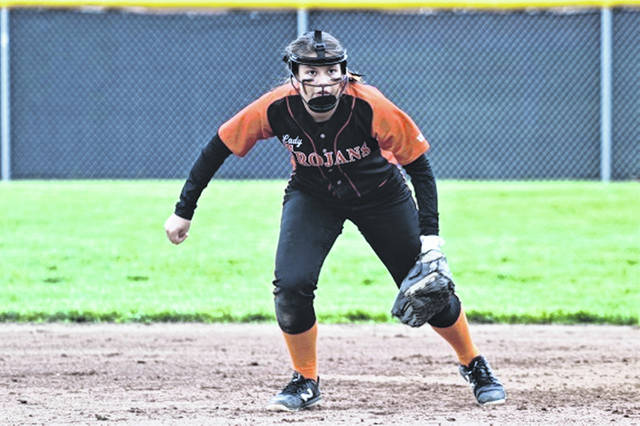 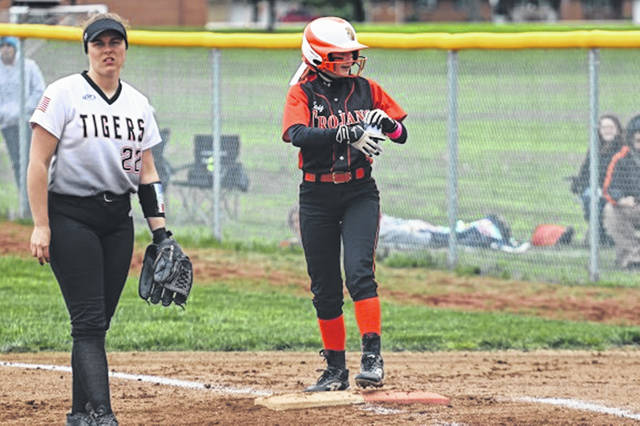 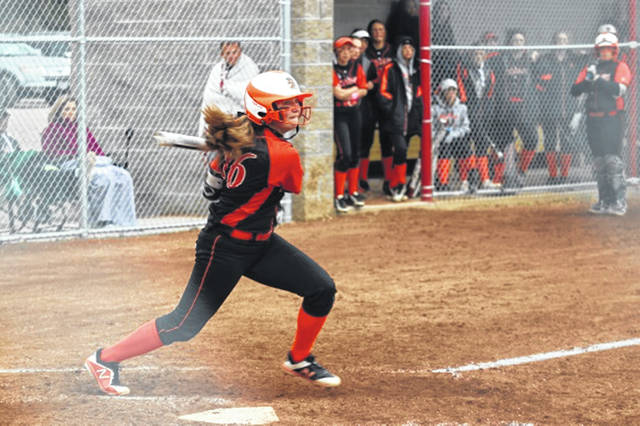 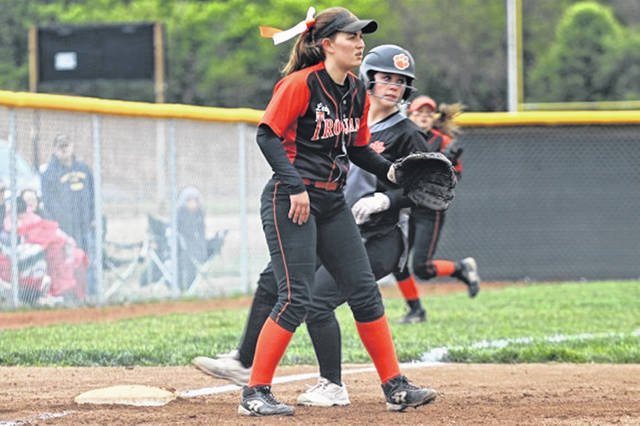 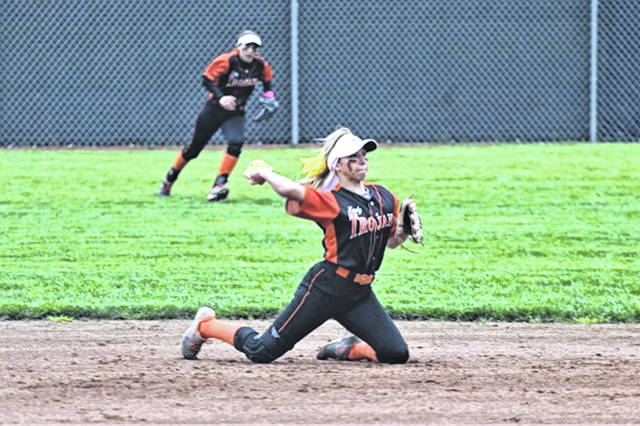 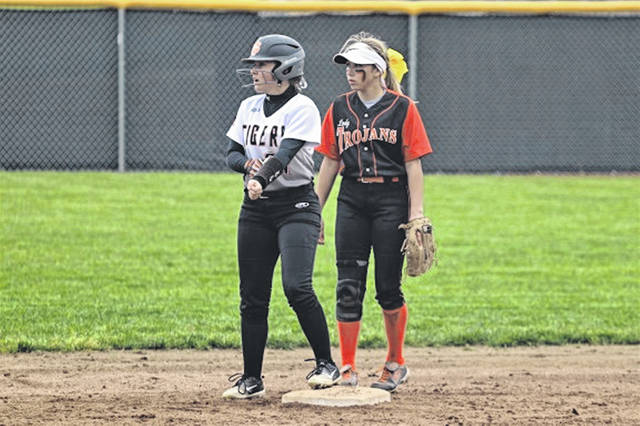 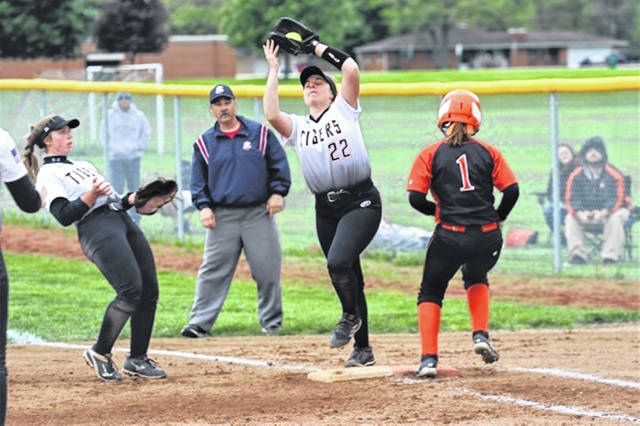 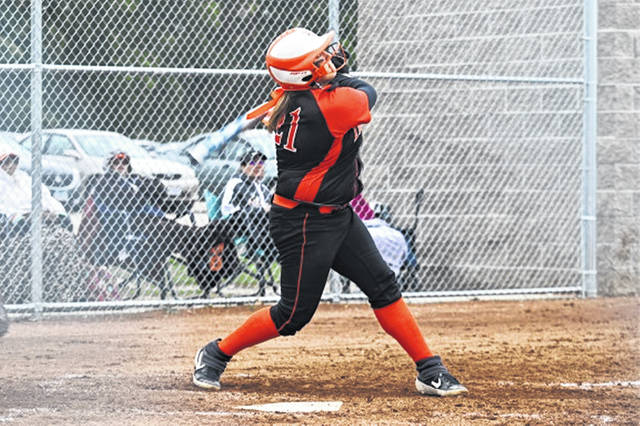 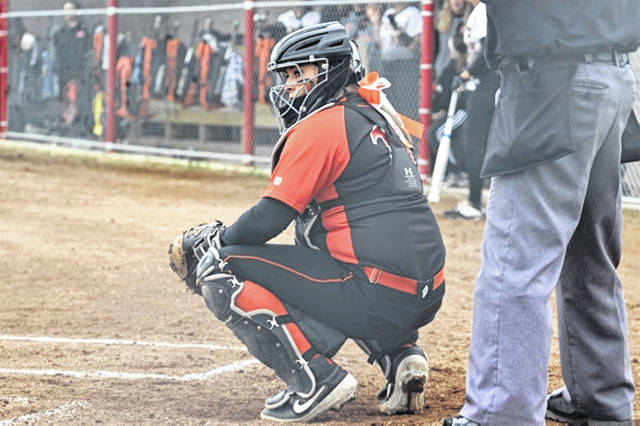