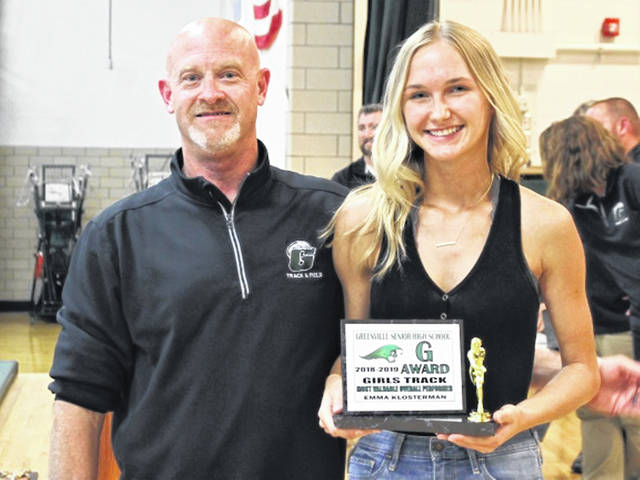 “We awarded our spring sports tonight recognizing all the hard work that our student athletes put into their sport, whether it be track, baseball, softball or tennis,” said Shaffer. “We have great kids here that work hard and do great things. They do a fantastic job of representing our school, their families and this community. There is a lot of things to be proud of in Greenville and certainly our student athletes are one of those things.”

“A night like tonight, you look up there on the stage and track has brought a boat load of trophies in,” Shaffer noted. “We have many kids on the individual side, although track is a team sport, we have a lot of individual accomplishments in there also with the kids we have competing at the regional track meet and the things that they do are amazing. We had district champions in several events in track. Riley Hunt has done a great job in the pole vault setting a state record and winning a district title.”

“I don’t think as a coach you ever go in thinking that your freshmen are your three best (pitchers) but when they are, it’s obviously good for the future of your program as it grows and goes forward,” Shaffer said. There is a good mix of talent there that it makes it interesting to see how the baseball team is going to grow the next few years.”

“Our junior high teams have talented kids and in those ball and stick sports, baseball, softball, you get some of those kids that will go off and play travel ball whether it be on a select team or whatever,” added Shaffer. “They come back and they get back involved in the Greenville side of things. It’s going to be neat to watch those kids grow with how young they are and the talent we have coming back.”

“Our tennis team – they are kind of an unsung sport,” stated Shaffer. “They are very young, most all of our kids are back. It’s nice. It makes all the hard work and long days, worth it.”

The Lady Wave Softball team awards were not presented at the Tuesday night Sports Awards event as the team would be playing at the Wednesday regional tournament. LWSB awards will be presented at a later date.

“Our gir’ls softball team has already won the league, the GWOC championship for the American North,” said Shaffer. “They have a district title.”

“Even when you’re not winning trophies and medals, we do win ballgames, track events and tennis matches,” Shaffer stated. “When you see our kids go out and compete, it’s really more about watching them grow as young people than the wins and losses. Obviously we all want our kids to be successful and win more than they lose, but when you see them go through adversity and respond well and come back better the next day, those are the things that our student athletes learn by playing sports.” 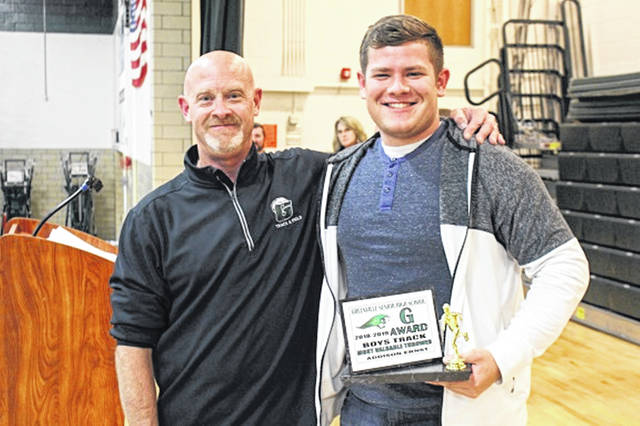 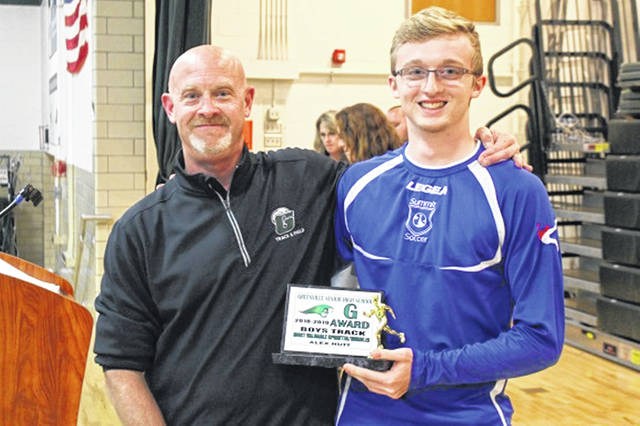 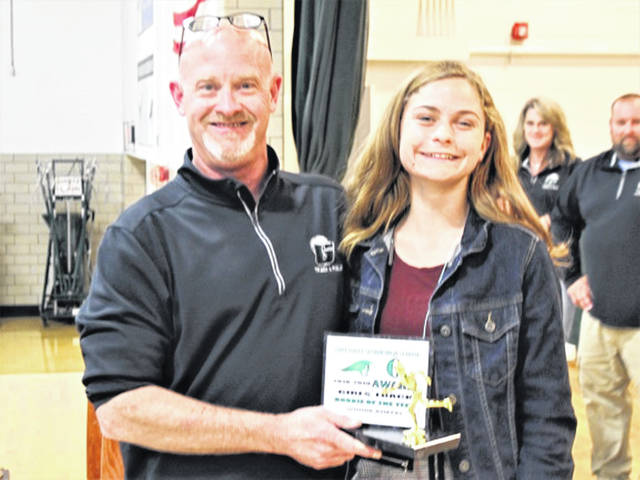 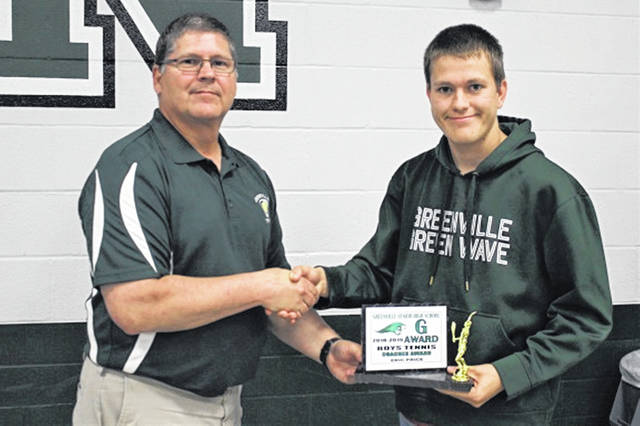 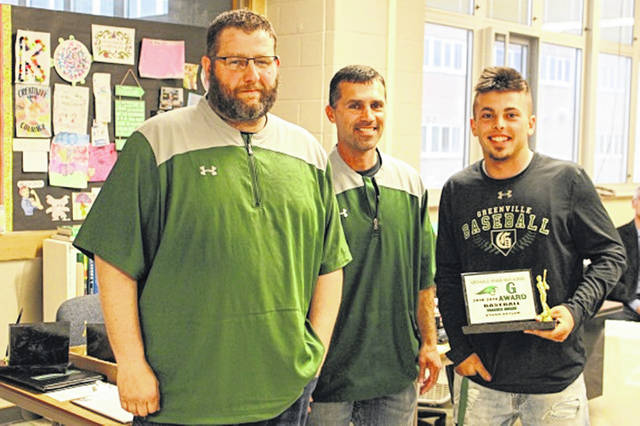 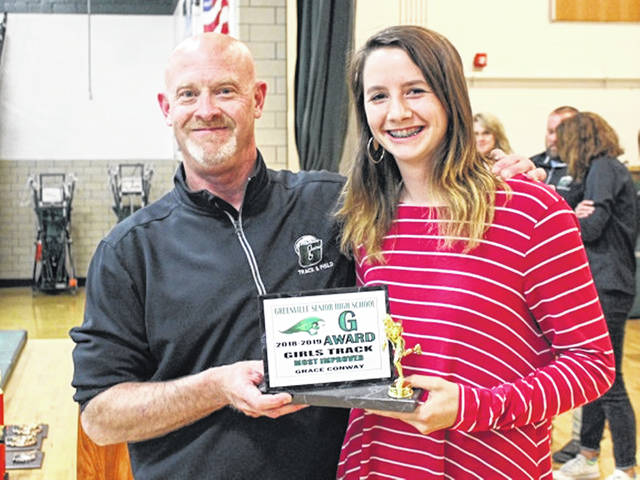 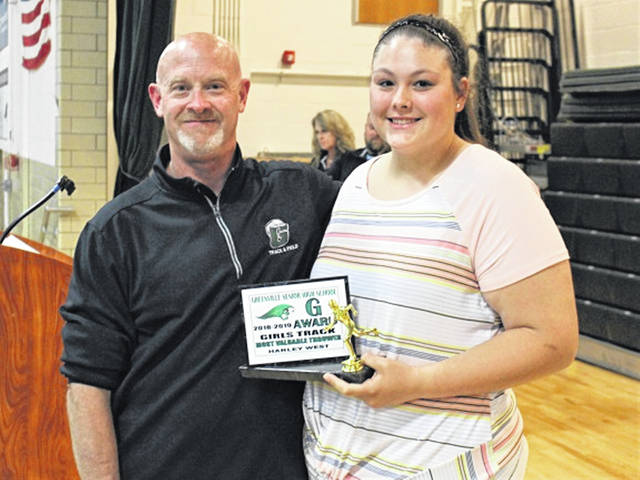 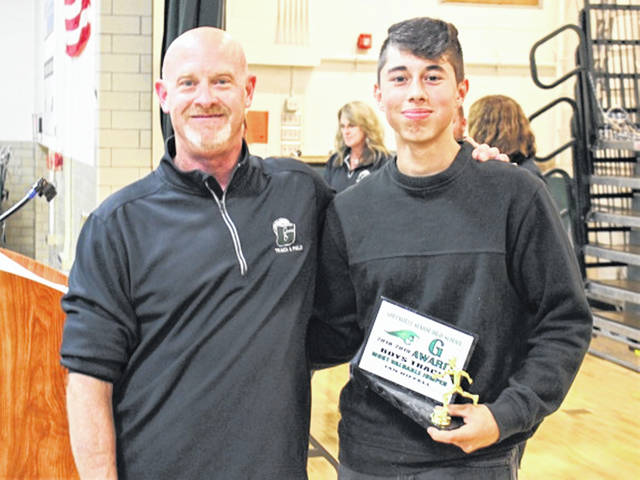 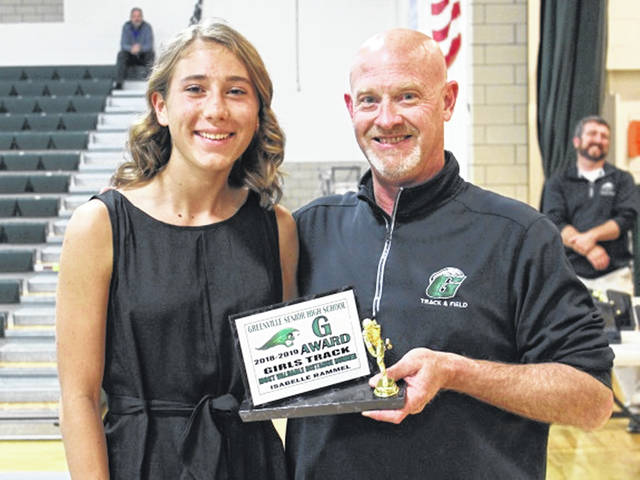 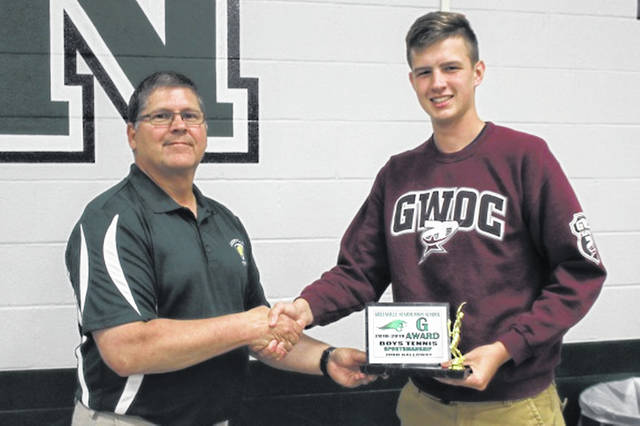 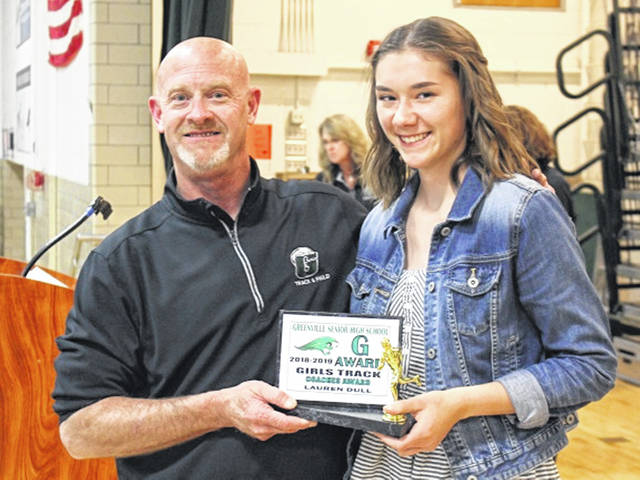 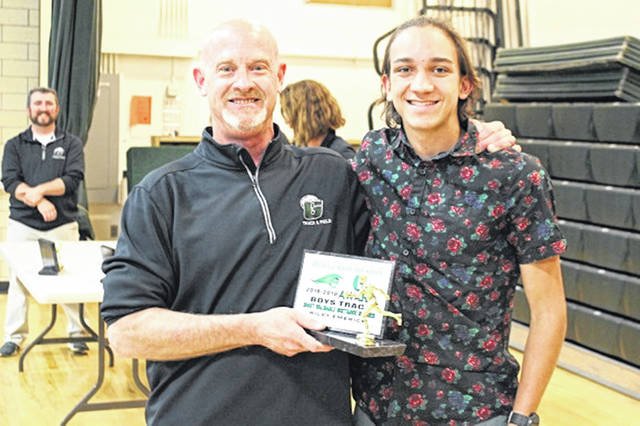 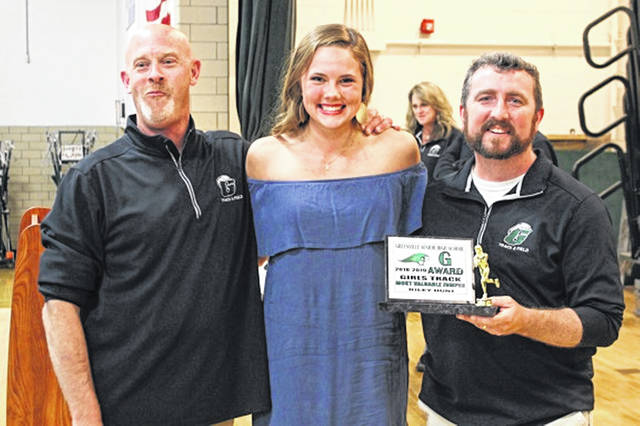 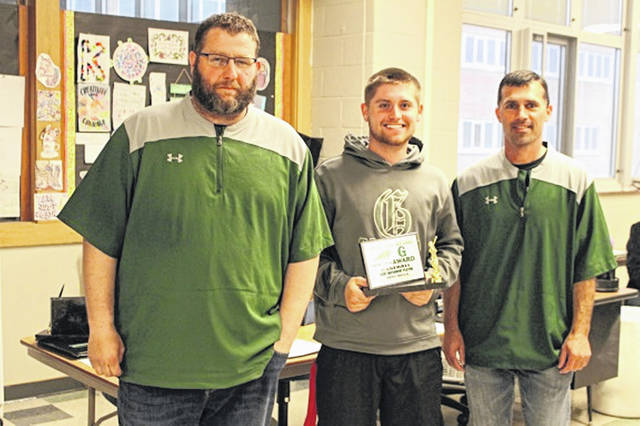 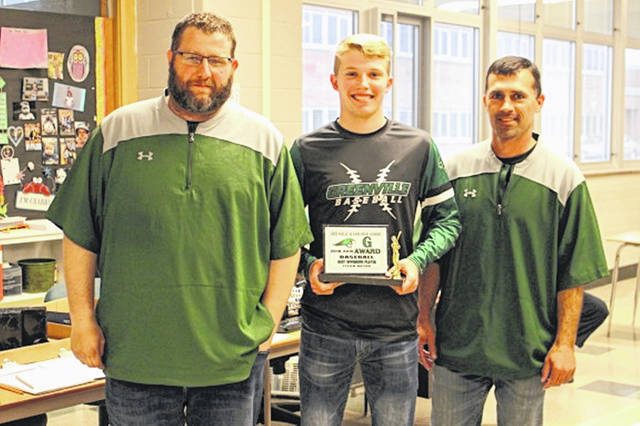 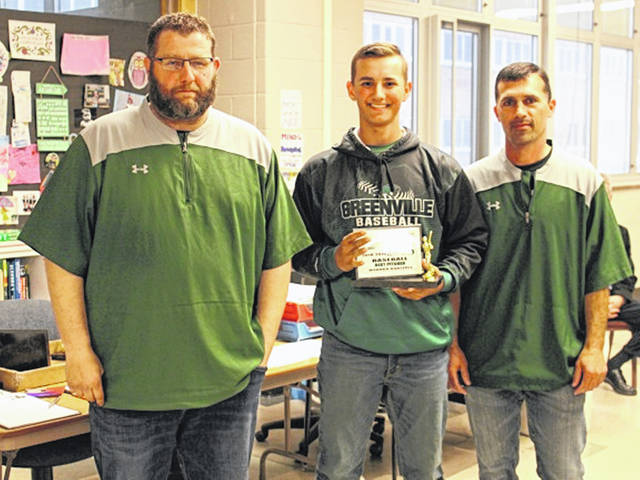 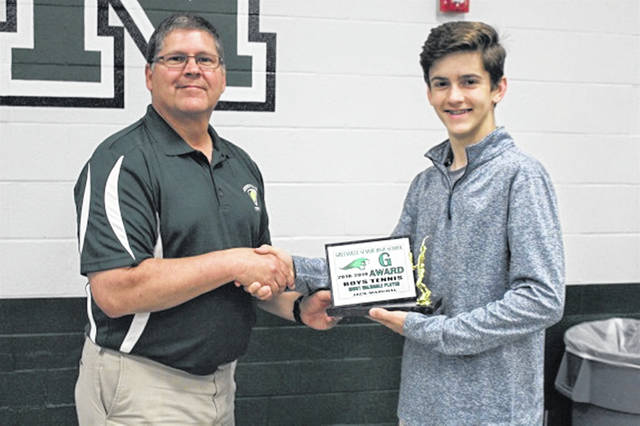 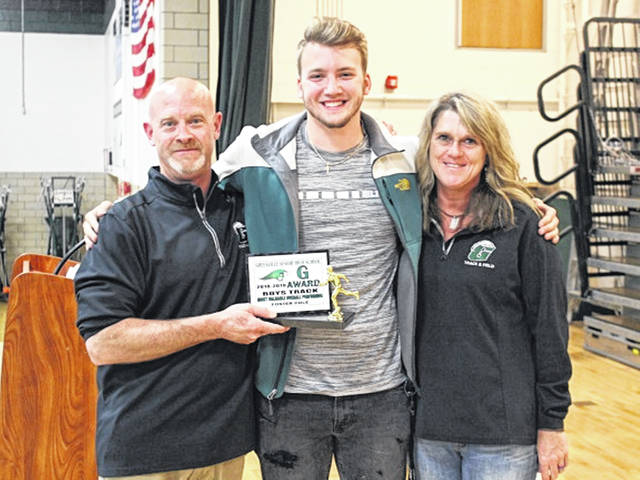 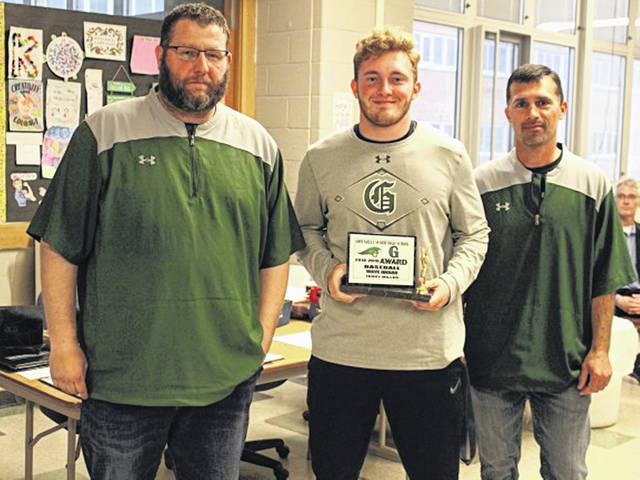