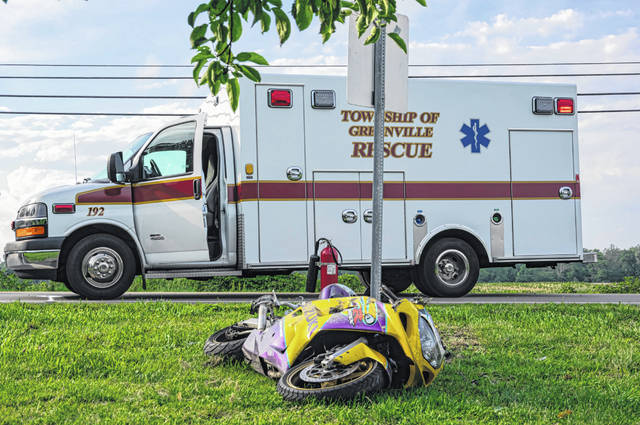 GREENVILLE — A motorcyclist was injured Sunday evening in a single-vehicle accident on the outskirts of Greenville.

At approximately 6:44 p.m., emergency personnel from Greenville Township Fire and Rescue along with deputies from the Darke County Sheriff’s Department were dispatched to the 3900 block of State Route 502 in regards to a motorcycle accident with injuries.

According to the Darke County Sheriff’s Department, a preliminary investigation into the accident has revealed that a yellow Suzuki motorcycle was eastbound on State Route 502 when the driver failed to maintain control of the motorcycle, veered off the right side of the road and was thrown from the motorcycle.

The male rider was treated on the scene by Greenville Township Rescue before being transported to Wayne HealthCare for minor injuries.