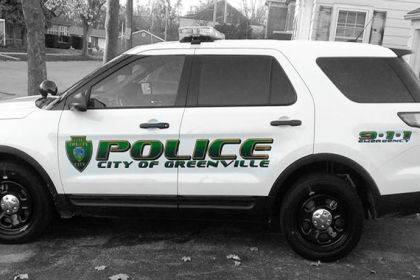 GREENVILLE – The Greenville Police Department is currently investigating an aggravated robbery that may have taken place early Wednesday morning. At approximately 1 a.m., officers were called to the 700 block of East Main Street in regards to five males, with handguns, using force to enter the residence.

According to a police report, the suspects left with $50, a cell phone, two pairs of shoes and a set of car keys. The car was not taken.

Detective Eric Kiryluk stated no guns were fired and no one was injured, but “the victim(s) stated the suspect(s) were in possession and displayed the guns.”

Kiryluk, responding to questions from DarkeCountyMedia.com, said it isn’t clear if the suspects were known to the victims.

There have been no arrests.