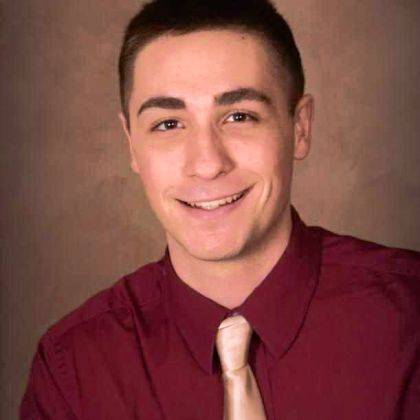 GREENVILLE – The Greenville Municipal Concert Band returns to the Marling Band Shell in the Greenville City Park on Sunday, Aug. 4 for a performance of traditional and modern band music. Concert time will be 7 p.m. There is seating available on park benches, or listeners may bring their own lawn chairs. There is no admission charge for the concert. The band will be conducted by its associate director, Doug Albright.

This concert will feature the solo xylophone playing of Jackson Riffle. Riffle is currently studying at Wright State University majoring in Percussion and Piano Performance. He is an active performer, teacher, and composer. He has appeared as a soloist with the Dayton Philharmonic, Wright State University Chamber Orchestra, Wright State University Symphony Orchestra, Kettering Civic Band, and has performed with the Carmel Symphony (Indiana), the Richmond Symphony (Indiana), and for Dayton Public Radio as a guest artist. He was a finalist for the “President’s Own” Marine Band Concerto competition where he performed in recital at the John Philip Sousa Recital Hall. Jackson attended the Brevard Music Festival in the summer of 2018, where he studied and performed alongside members of the Cincinnati Symphony, Rochester Philharmonic, and Eastman School of Music Faculty. On this concert, Jackson will be playing “The Devil Went Down To Georgia” and “The Comedian’s Galop” accompanied by the Greenville Municipal Concert Band.

The narration on “The Devil Went Down to Georgia” will be performed by Sam Graves. Graves is a Darke County resident and retired educator. He and his wife Pamela are the parents of two children, James and Chloe. He has been reconnecting with community theater and recently performed in the Town and Country Players production of Mamma Mia.

Also scheduled for performance this week is “New Millennium Overture,” “A Tribute to George Harrison,” The Flight of the Oriole,” and “Open Arms.” The selection of marches are reminiscent of vaudeville and circus music, and include “Bravura,” “The Trombone King,” and “Curtain Call.” The concert will close with a patriotic selection and “The Stars and Stripes Forever.”