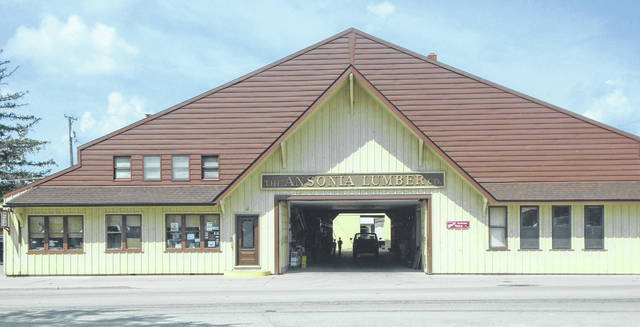 The business began in 1909 at its current address, 300 S. Main St. However, it was then a wooden wagon wheel business.

“It then evolved into a lumber company to buy lumber to make the wagons,” said, CEO/President Todd Klipstine. “They probably quit (the wagon wheel business) when they started making cars.”

It was Todd’s great-great-grandfather, George Klipstine Sr., who purchased the business from George Worch in 1921. George Jr. then purchased it in 1947, and worked full-time until his retirement. That’s when George’s Jr.s’ sons, John and Bill (and their wives, Becky and Kim, respectively) took over. Todd, John’s son, took over in 2009.

Some of their long-term employees include Dave Staver with 50-plus years, Tony Anderson, Gary Thornhill, John Snyder and Greg Perry. Eugene Hoening, former Ansonia educator and head football coach, has worked there for many summers.

It is truly a family business.

Tony Spence, Todd’s brother-in-law is operations manager; his wife, Krista, is secretary; and Todd’s wife, Tammy is treasurer. Mitch McCabe is the sales and marketing manager and his wife, Minetta is bookkeeper.

“Mitch has done a good job growing the business,” Todd said. “With custom pavilions, decks and pergolas. He tried to adapt over time. We have kitchens and baths. Pole buildings and ag buildings have been a major part of the business for 50 years. We offer a drafting service and help customers design new homes and additions. We are growing in this area, and Mitch is the driving force.”

Ansonia Lumber is noticed in the community.

“We had a customer and contractor day about a month ago,” said McCabe. “We exhibit at the Mercer and Darke County fairs, and support 75 4-Hers each year in Randolph, Mercer, Shelby but mostly in Darke counties. We also set up at the Darke County Home and Sports Show and sponsor all kinds of school events and a dozen non-profits.”

Vendors for the lumber company include Marvin Windows and Doors, Union Corrugating and Francis-Schulze Co.

“We have been a part of a national group of dealers known as LMC,” Klipstine said. “We all pull our buying power together.”

He went on, “My grandfather had a major role in building the business. It is a certain amount of pressure for me following that. He was a great businessman. It’s a different world today. We try to be forward-thinking and have kept it a family operation. Hopefully, our customers feel special too.”

Ansonia Lumber is the place to go, according to McCabe.

“We have the hard-to-find items,” he said. “We used to say we had everything to build anything.” “We deliver in a 50-mile radius, but have also delivered to Purdue University,” said Todd, who noted that Ansonia Lumber has 30 employees. 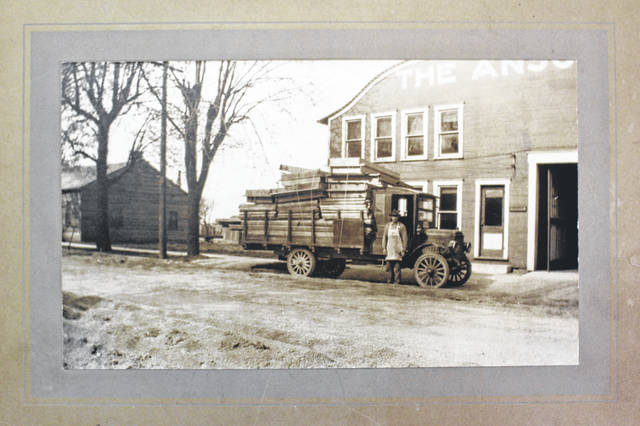