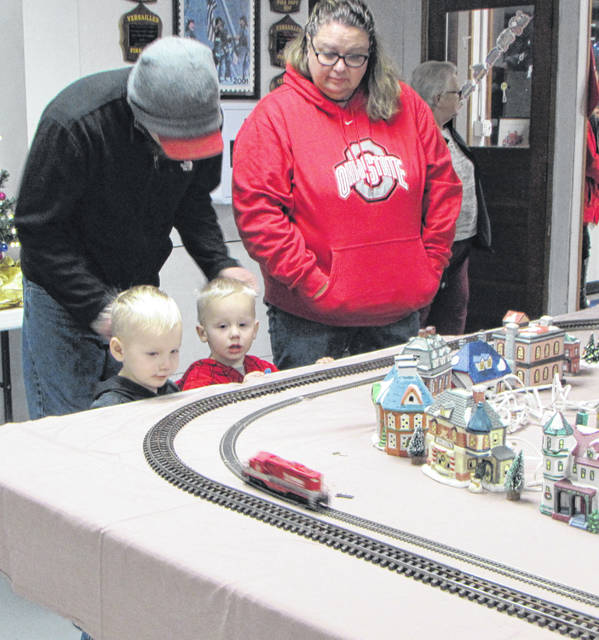 ROSSBURG — Sixty-two children and approximately 130 adults showed up at the Rossburg Fire Department Saturday night to check out Winter Wonderland and to welcome Santa to town.

Yes, the fire department’s showroom was transformed into a Winter Wonderland for the whole family to enjoy. The whole place was decorated for the season.

Santa Claus arrived via firetruck at the station around 7:15 p.m., and was greeted my many children already standing in line ready to talk to him.

One highlight of the event was the late Greg Thornhill’s train set that his widow, Cheryl, donated to the fire department.

“When Doug was alive, he brought up the antique train for the wonderland,” said Carla Cothran, president of the fire department auxiliary.

Soon-to-be Fire Chief Rob Widener took it upon himself to make sure it got there this year.

However, he had to bring his own trains to the event Saturday as there were some technical issues with the older set.

“I was having trouble with the bigger one,” Widener said. “It will be up and running next year.”

Nonetheless, the area was a hit for everyone who checked it out.

The train track was seen traveling around the table with a Christmas village inside the area.

The auxiliary made sure guests had some cookies with punch, coffee and hot chocolate.

The fire officials were identifiable as some wore Santa hat while others were dressed as elves to hand out candy and fruit.

This event has been a tradition for the fire department since 2008. 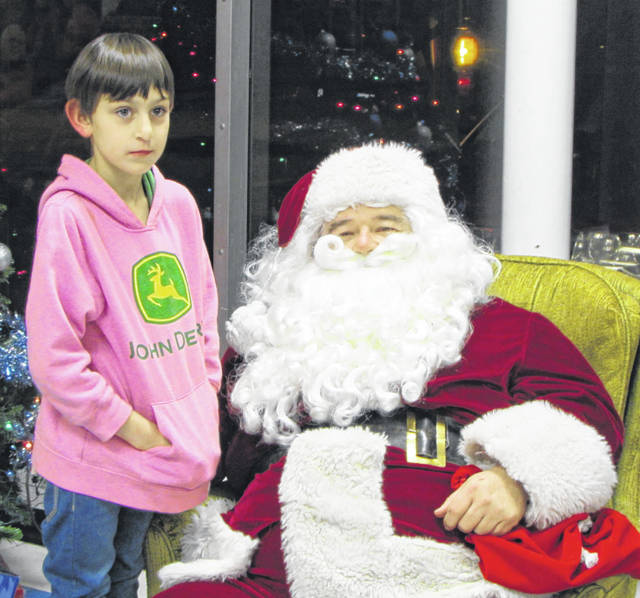