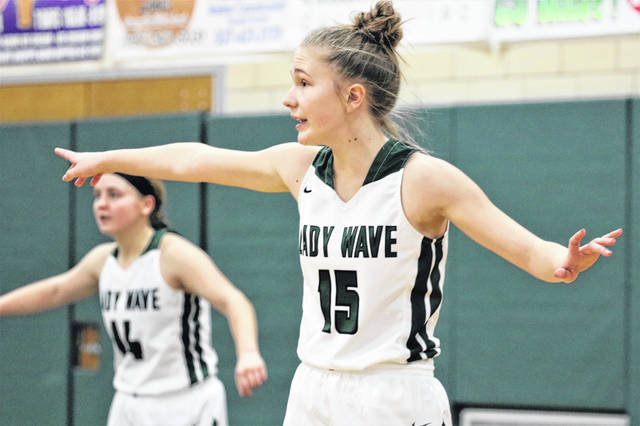 “Really good team win today,” said Greenville coach Rachael Kerns. “It is just so much more fun when we win. We have had a rough stretch here and today things really started to click.”

The Lady Pirates took a 15-13 lead after one quarter of play with Haleigh Behnken leading Greenville with 7-points including a triple.

The Greenville girls took period No. 2 by a 19-14 score with five Lady Wave getting in the scoring column led by nine Grace Shaffer points coming by way of three 3-pointers sending the teams to the break with GHS holding a slim 32-29 lead.

“We had a rough second quarter,” Kerns said. “A couple girls go down with some minor injuries. Thank goodness Grace Shaffer came in – she is fully capable of shooting the outside shot and she came in and hit three big threes. We needed them more than ever.”

The Lady Wave matched their 19-point second period output in the third quarter while holding the Lady Pirates to 4-points to take a 51-33 point advantage to the final period of play. Five Lady Wave made it back-to-back quarters getting in the scoring column with Behnken leading the charge with 10-points including two 3-pointers.

The period had everything a coach could ask for including assists, blocked shots, drives to the basket, 3-pointers and solid defensive play.

“We like to call that team basketball,” Coach Kerns said of the third quarter. “We played that way in the first quarter but the only difference is we finished better in the third quarter. We talked to the girls at halftime. The first half we shot 20-percent, in the second half we shot 50-percent and the score shows that. Same type of shots, we just finished a lot better in the second half.”

Greenville used eight Behnken fourth quarter points to push its advantage to 20-points, 53-33 at 7:09 in the fourth with Coach Kerns emptying her bench with four minutes to play for a 19-point win to improve to 4-3 in MVL play and 4-5 overall on the season.

“Behnken offensively had a great game,” noted Coach Kerns. “Everybody stepped up. Annie (Hayes) and Abbie (Yoder) inside did a great job. They had a player that was shooting the ball real well in the first half. We made the adjustments at half and she hit one in the second half and that is ultimately one of the biggest differences of the score in the first and second half.”

Behnken led Greenville and all scorers with a game high 30-points. 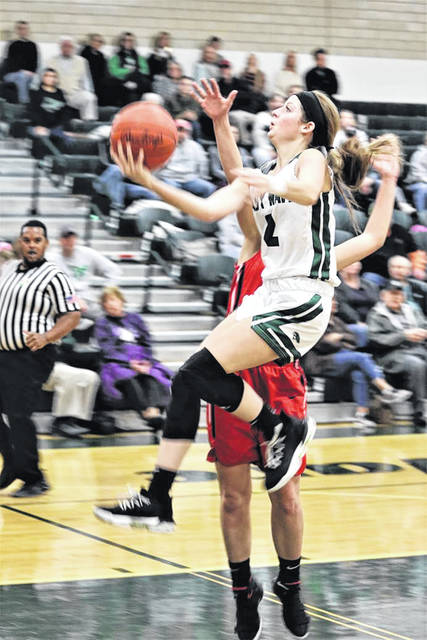 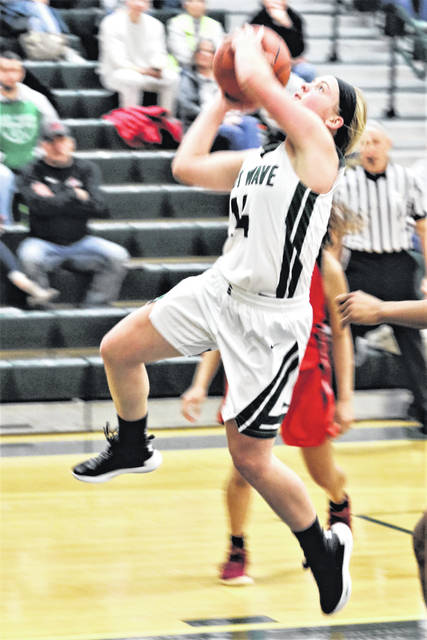 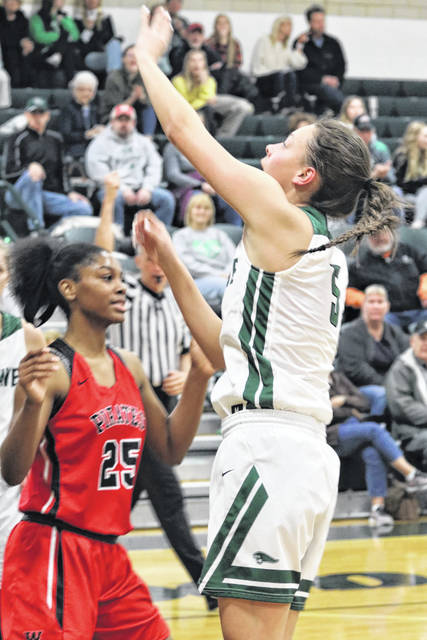 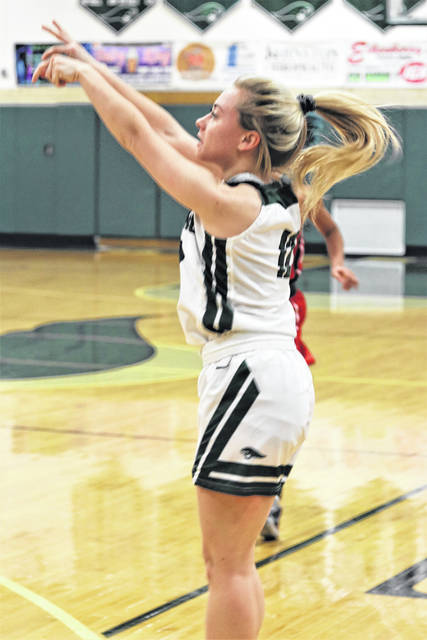