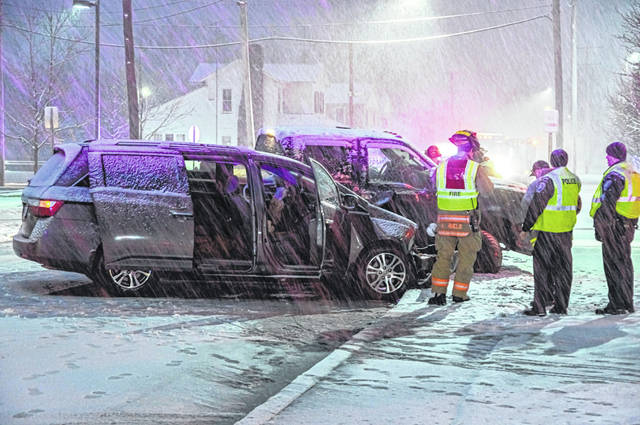 According to the Greenville Police Department, a preliminary investigation into the incident has revealed that a blue Ford F-250 was traveling southbound on Sweitzer Street when the driver lost control of the vehicle on the snow-covered roadway causing it to cross left of center. The Ford then collided head-on with a gray Honda Odyssey, causing both vehicles to come to rest in the northbound lane of traffic.