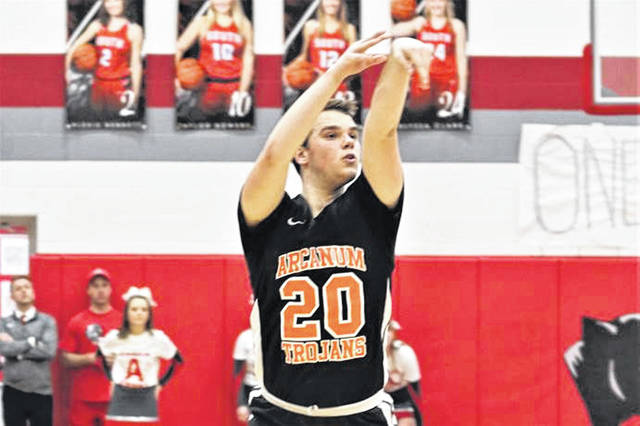 WEST ALEXANDRIA – The Twin Valley South Panthers defeated the Arcanum Trojans in overtime 51-49 in a Friday night game on the Panthers’ home court. Arcanum was without the services of starting guard Jake Goubeaux on the night.

“I told the kids it doesn’t hurt anything that we are trying to do going forwards,” said Arcanum coach Roger McEldowney following the game. “I’m proud of their effort.”

Arcanum extended its lead to 38-31 after three complete taking the third by an 11-9 score.

The Panthers battled back to knot the score at 46-46 in the fourth and with just under 4-seconds on clock, South nailed a 3-pointer bringing a quick timeout from the Arcanum Bench. The Trojans made an inbound pass to the midcourt sideline and immediately called a second timeout with under 3-seconds remaining.

A quick inbound pass to Chad Pitzer had the 5’10” Arcanum sophomore draining his second triple of the fourth quarter to tie the score with no time remaining sending the game to overtime.

The Panthers took advantage of five fourth quarter 3-pointers and 3-free throws to send the game to an extra period.

Neither team would score in the first 3:59 of the 4-minute overtime only to have the Panthers score on a layup with the ball going through the net with no time remaining on the clock.

“I think our legs were spent,” said McEldowney. “We got some good looks we just couldn’t get them to go down. We weren’t handling the ball great so I wasn’t real comfortable trying to hold it taking it down to the last shot so we kept attacking and we couldn’t get one to go. Sometimes that happens.”

Arcanum struggled at the free throw line going 3-9 on the night.

Prior to the start of the game, retiring Twin Valley South veteran coach of 33 years, Tony Augspurger was honored for his service as a coach and teacher for the TVS school system.

“I would like to congratulate Tony on great win and a great career here,” Coach McEldowney said following the game. “He is a class act, somebody that I’ve admired and really respect.”

“He had a great game plan coming in and you have to tip your hat,” added McEldowney. “Those kids played hard for him tonight. They made some tough shots when they needed to and they beat us.” 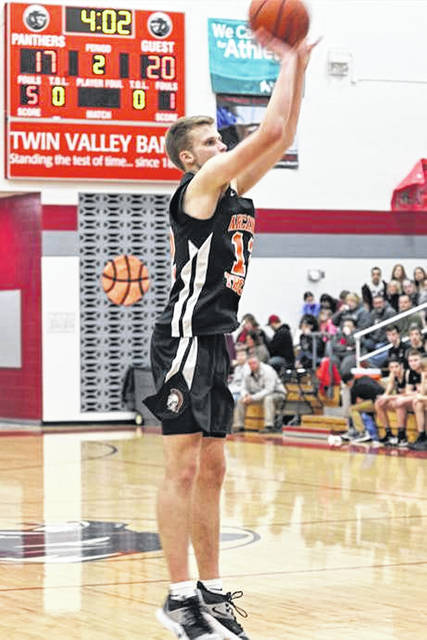 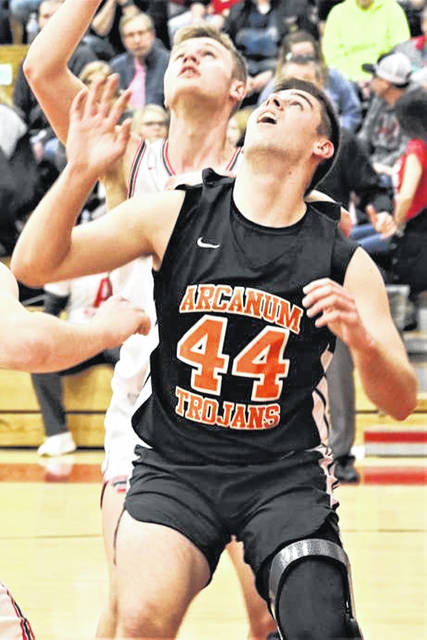 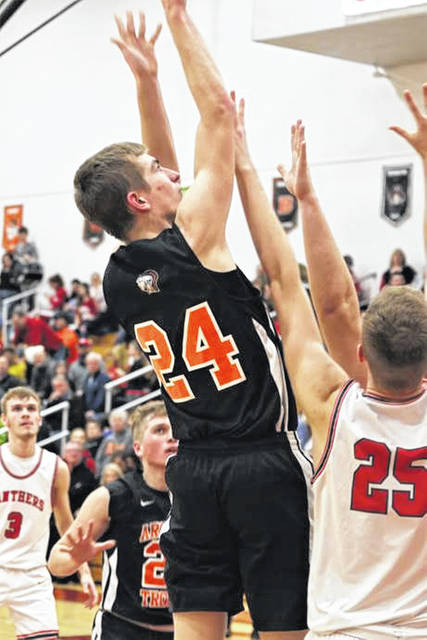 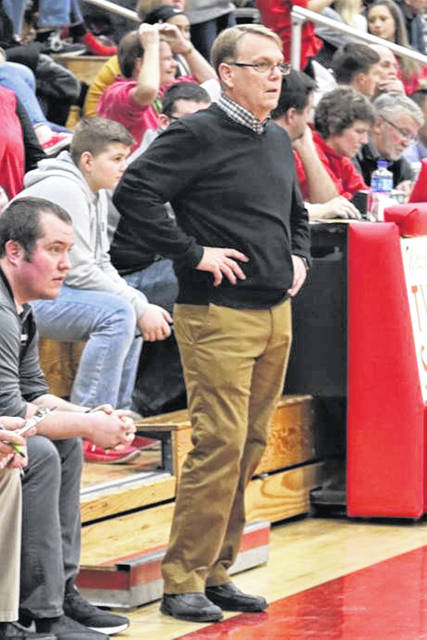 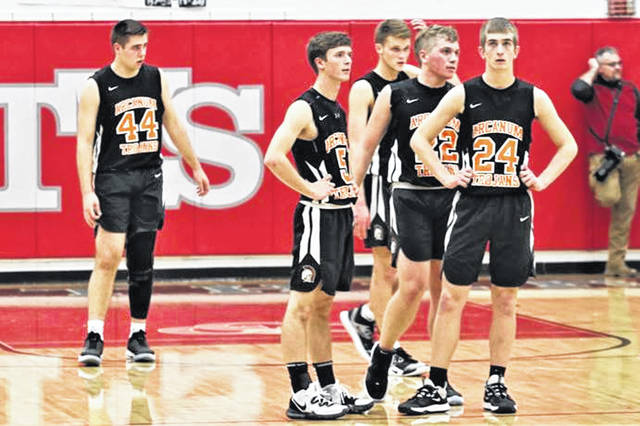 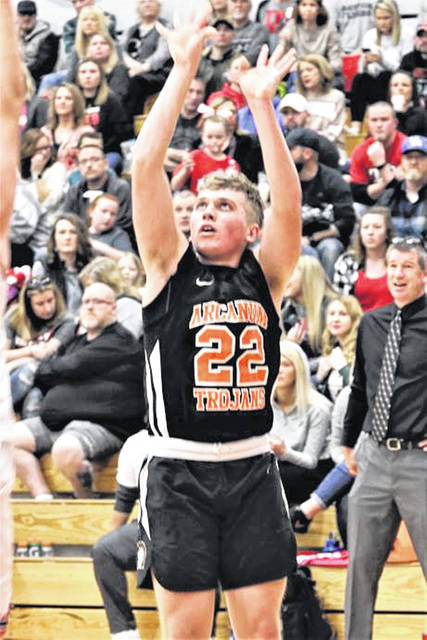 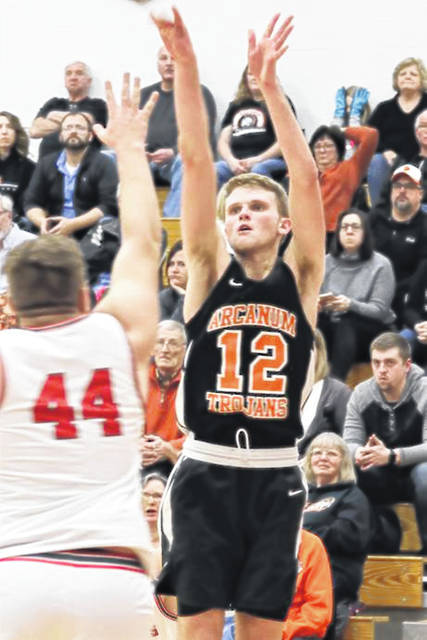