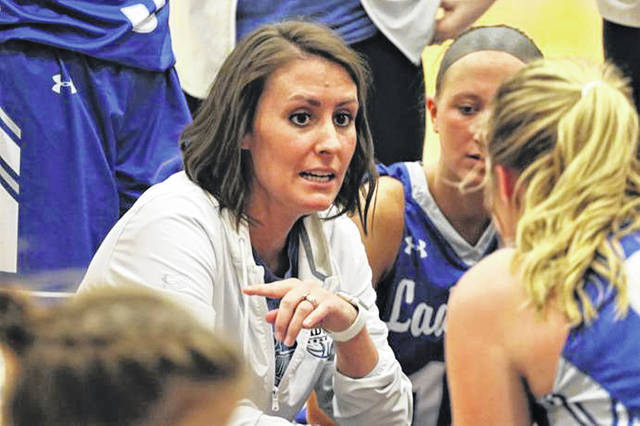 PITSBURG – Veteran Franklin Monroe Lady Jets basketball coach Abbey Moore has been named Cross County Conference Coach of the Year by her coaching piers. Moore was quick to give credit for the award to her coaching staff and players.

“My coaching staff does a phenomenal job in helping me,” Coach Moore said of JV Coach Whitney Rhodus and varsity assistant coach Brandy Fourman. “Without their support and being there at practice every day we wouldn’t be where we are at.”

“I took that award and hung it up in our locker room. I made it a team of the year award instead of a coach of the year award just because I one hundred percent believe that every girl on my team has worked so hard and they need to be recognized for what they have done this year.”

“It really is a team of the year award and I appreciate everything they have done for this program,” Moore added.” We wouldn’t be where we are at if it wasn’t for everybody buying into that.”

Coach Moore spoke of what she believes to be a contributor to the team’s success both on the court, off the court and the future.

“The one thing that impresses me the most out of this group is their strong Faith and they love God,” said Moore. “God is in their life and I really feel like they are the kind of kids that they are because of that and because of their family support. We talk about that all the time.”

“We have life lessons that we talk about in our locker room and God is a big part of that,” Moore continued. “I feel like God put basketball in my life for a reason and these girls were here for a reason too. We’ve had a lot of tears and a lot of great moments. Happy tears, sad tears but it always seems like we go back to God and no matter what they do as long as they keep God with them, they’re going to be successful – and that is special.”

When asked about her seniors, Coach Moore was pleased to talk about each one but not before mentioning all the 2019-2020 team members.

“It’s just the kind of kids that they are and not just the seniors, but all of them,” Moore said of the team’s special family attitude. “When this time of the year comes around I always kind of dread it just a little bit because you know it can either do good things for your team or it can turn the other way. In my five years of coaching here it has always been a good thing and that just goes to show what kind of kids we have here.”

“They are not jealous, they support each other, they love each other and that’s our program right now – we are a family,” continued Moore. “We’re in it together and that has always been our motto; “In it Together” … and they really are. That goes to show a lot of the leadership on the team and the role models that we have. I couldn’t be any more proud of them than what I am. They are just a great group, a special group and its going to be a special end of the year.”

“Chloe Brumbaugh has played three out of her four years here and made a decision to not play last year and came back this year,” Moore said of the first of five seniors. “That shows a lot of character out of her and I’m extremely proud of her, how hard she has worked and to be able to have a kid like her to come off the bench and play defense the way she does is phenomenal. A great student athlete.”

“Chloe Peters (All-Conference Second Team) is our workhorse,” Moore said of her second senior. “The progress that she’s made from her freshman year to now is phenomenal. That just goes to show her work ethic. She excels on and off the court and I couldn’t be any more proud of her than what I am. She’s a great role model.”

“Belle Cable (All-Conference First Team), the progress that she has made from day one to now and a couple years ago when Audrey got hurt, her role changed and she has excelled in that role in being our point guard,” Moore noted. “She took that leadership on the team and can’t wait to see what she is able to accomplish in the future.”

“Audrey Cable (CCC Special Mention) has been through so much on and off the floor,” said Moore. “For that girl to be where she is now, she’s had to grow up a lot. To see how she can handle adversity is phenomenal and no matter what she chooses to do outside of here, she’s going to be successful.”

“Corina Conley (CCC Player of the Year), I kind of get a loss for words when it comes to her,” Coach Moore said of the fifth senior. “She is a special kid, her personality is contagious, she’s a leader, she sets the tone and she is going to be missed as being a role model. What she can do on the floor is pretty amazing and I can’t wait to see what she is going to do at the next level – it’s going to be good things.”

“I would like to thank my husband and his support,” stated Moore. “Having three little ones and spending so much time in the gym, it wouldn’t be possible without him. He does a great job and I am very thankful for what he does.”

“There’s not a better place to raise my kids,” Coach Moore said of the Franklin Monroe Hanger. “Both of my girls come to practice every day with us and have these older girls to look up to as role models. It’s special. I want them to take it all in because those are things not every kid gets to experience and to be able to have these kinds of girls as their role models is pretty special.” 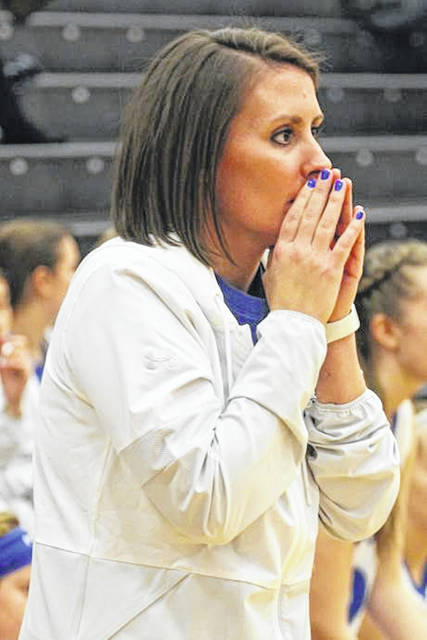 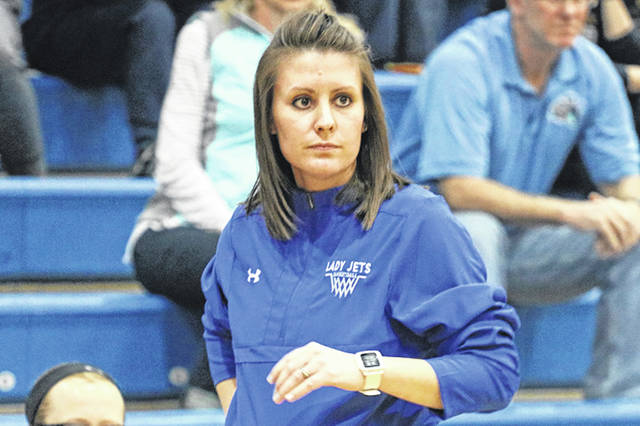 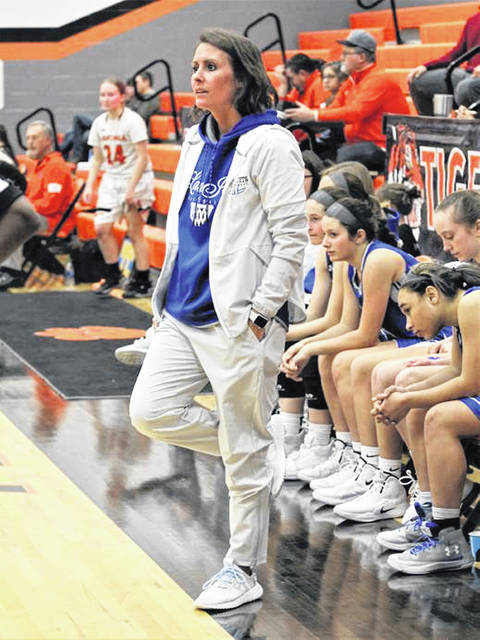