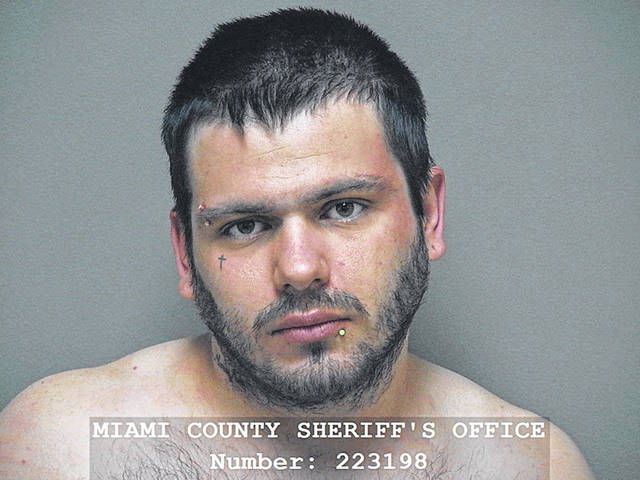 BRADFORD — One person is in custody after a reported hit-skip crash escalated into a short stand-off on Tuesday evening.

A hit-skip crash was reported in Bradford shortly after 6:30 p.m. when, according to Sgt. Ben Garbig of the Miami County Sheriff’s Office, the suspect who fled the scene went to a home on Clay Street in the village.

Garbig said that a disturbance involving the suspect ensued and deputies were called. Units from the Covington Police Department and Miami County Park District also responded.

With law enforcement officers on the scene, the suspect, identified as Bryan Keith Gibboney II, 27, climbed onto the roof of the home.

Deputies attempted to talk Gibboney down from the roof. Bradford Fire Department and Rescue Squad were dispatched to stage nearby.

After approximately 30 minutes, Gibboney climbed into a window and was taken into custody.

Gibboney is incarcerated at the Miami County Jail where, in addition to traffic violations for the hit-skip crash, he is also facing charges of Domestic Violence, a first-degree misdemeanor, and Obstructing Official Business, a second-degree misdemeanor.