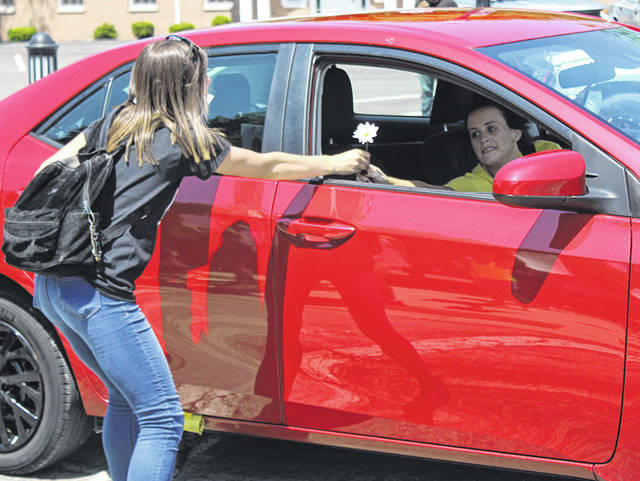 GREENVILLE — America has seen shouts of anger and violence throughout much of the nation following the death of a black Minnesota man, George Floyd, at the hands of a white police officer.

Saturday in the Treaty City, however, a different story unfolded, in which many opposing viewpoints gathered together to express their views, and did so peacefully.

Approximately 150 protesters assembled at the Greenville Municipal Building to show their support for the Black Lives Matter movement as well as an ongoing effort to end racial injustice.

In other parts of the downtown, many were on hand to protect businesses and passersby, many of whom were openly armed.

There were no bricks thrown, no property was damaged, and no lives endangered. A heavy law enforcement presence from Greenville Police, Darke County Sheriff’s Office, Miami County Sheriff’s deputies, Union City, Ohio, Police and the Ohio State Patrol helped keep things tranquil. Opposing groups both interacted calmly with officers, and many thanked officers for being there.

Carrying a peace symbol, Tyler Byrd, of Greenville, was one of the organizers of the demonstration.

“I just wanted to express peace and love and get people together to stop all the hate,” he said.

Sherry Waymire also of Greenville, and whose son is a Union City police officer, told The Daily Advocate that what happened to George Floyd was “a terrible thing.”

“I am against that kind of brutality, but I also want to make it understood that I am for good police. These people up here are for the same thing,” she said.

Chris Lovett of Arcanum, who owns the Hogg Shop in Greenville, was in town to protect not only his property, but the property of others and to help ensure the safety of all those in attendance.

“I just hope it stays peaceful,” he said.

Darke County native Josh Preston joined with Lovett to express his desire for a peaceful event.

While some motorists ignored the rally as they drove through the circle, others honked their horns in approval, eliciting cheers from the protesters. Protesters, escorted by police, marched up and down Broadway’s sidewalks, chanting, “No Justice, No Peace,” and “Hands Up, Don’t Shoot.”

The only reported incidents were some shouts between parties, which were quickly broken up, and one person was treated for heat exhaustion. 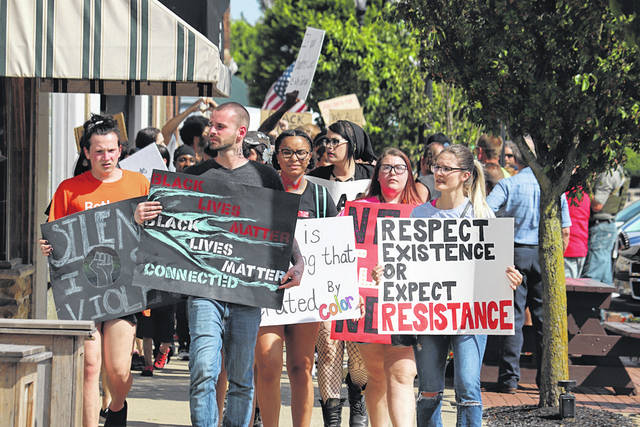 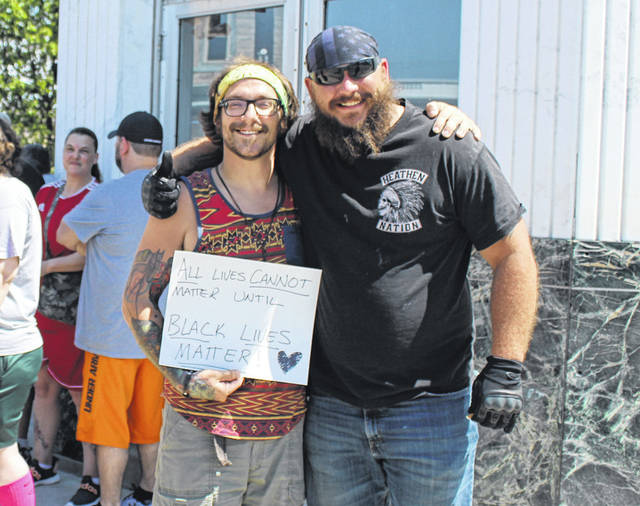 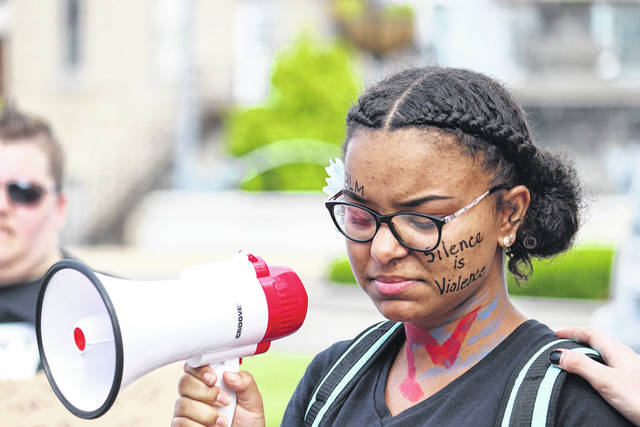