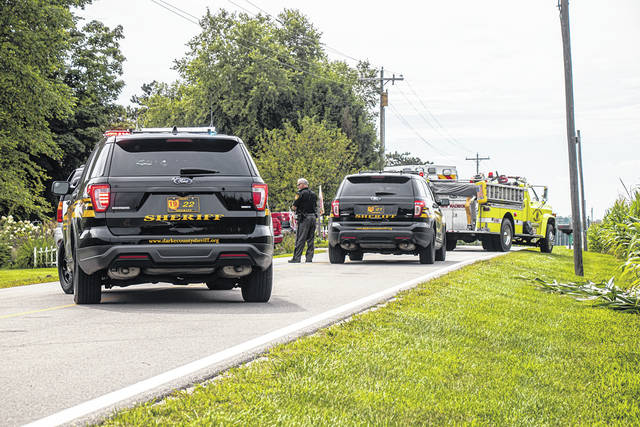 NEW MADISON — A Richmond, Ind., man was pronounced dead at the scene of a Friday accident which authorities believe may have been caused by a preexisting medical condition.

At approximately 3:13 p.m., emergency personnel from Tri-Village Rescue and the New Madison Fire Department responded along with Darke County Sheriff’s deputies to 1549 Rush Road in reference to an injury accident.

According to deputies, a preliminary investigation into the incident revealed a red 2006 Dodge Dakota, driven by Homer D. Howard, 65, of Richmond, Ind., was traveling westbound on Rush Road. Howard traveled off the right side of the roadway striking a utility pole and continued through a cornfield. Howard’s vehicle continued back across the roadway and off the left side coming to a rest in the yard of a private residence located at 1549 Rush Road. Howard was pronounced dead at the scene.

The Darke County Coroner’s investigator was called to the scene for further investigation of the accident, believed to be caused by a medical event.