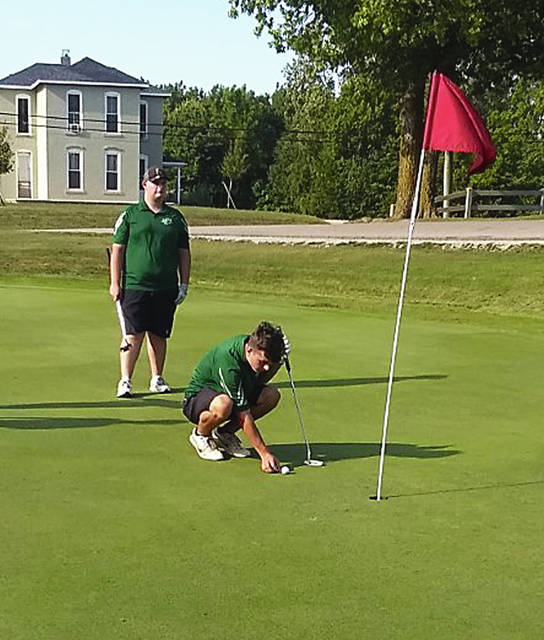 GREENVILLE — The Greenville boys golf team celebrated Senior Day with a 169-183 win over Xenia in MVl action Thursday at Turtle Creek to improve to 6-2 overall and 3-2 in the MVL.

And seniors Evan Saylor and Ash Williams both played a key role in the win.

Saylor was co-medalist with a 41, while Williams had a 48.

“Evan (Saylor) was real solid for us,” Greenville coach Brian Stickel said. “And Ash (Williams) had a good round. The two of them got to play together tonight. I don’t think they have every played together before and I think they enjoyed that.”

Also carding a 41 for Greenville was Warren Hartzell with a 41, while Jack Marchal had a 43.

“Warren (Hartzell) has been averaging right around 41,” Stickel said. “Jack (Marchal) had a couple double bogeys, but he did a great job of overcoming adversity.”

“Alex (Kolb) was pretty solid,” Stickel said. “Sam (Bankson) was only playing his second or third varsity match. He has been playing a lot of JV matches.”

And Bankson has found a winning strategy.

“He has been working on just leaving his driver in the bag and hitting his 3-wood off the tee,” Stickel said. “That is working well for him.”

Stickel had a good feeling going into the match.

“If you looked at the scores, our average scores were a little lower than Xenia’s,” he said. “But, not by a lot, so you never know.”

Greenville will be back in action Tuesday, traveling to Cassel Hills to play Vandalia-Butler.

“It is a non-conference match,” Stickel said. “Because, we have already had our conference match. Because we are limited (to playing MVL teams), we might as well play them all twice to get in as many matches as we can.”

And the Wave will look to continue the momentum from Senior Day. 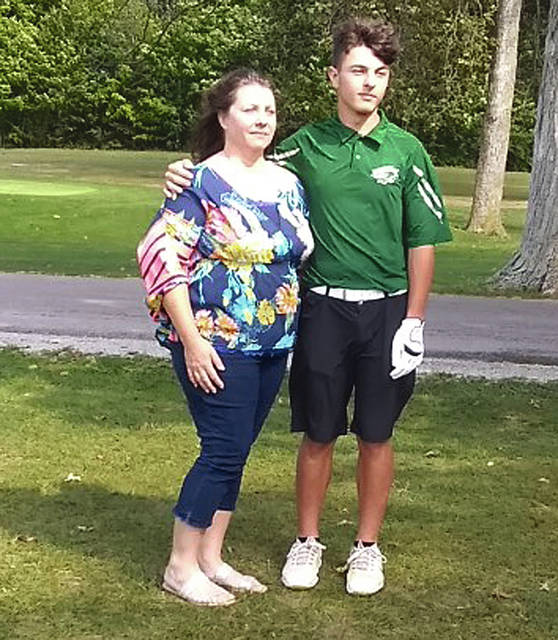 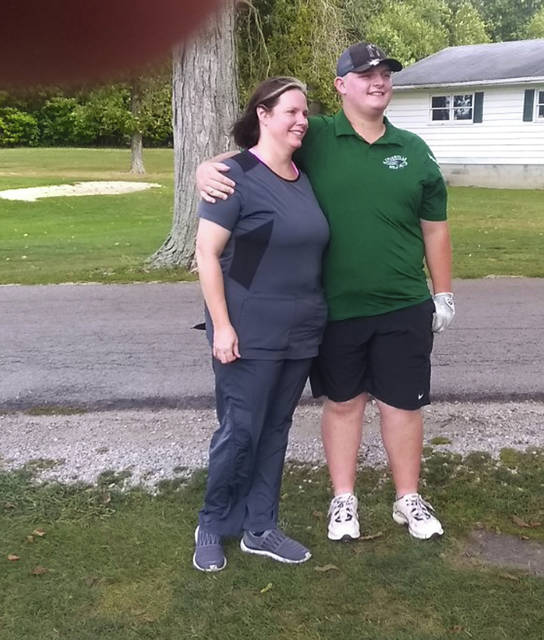