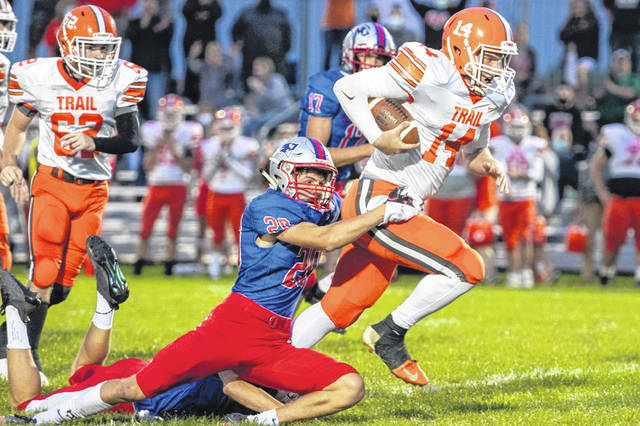 NEW MADISON – The Tri-Village varsity football team answered the challenge to become the first team in school history to start the season 3-0.

On Friday, the National Trail Blazers came into New Madison for a clash between two unbeaten teams.

In the second half, both teams threw heavyweight puches with the Tri-Village defense getting huge stops.

Reed Wehr game the Patriots the final cushion they needed with a hught fourth quarter touchdown.

Senior Night was capped off with Freshman Tanner Printz delivering a 99 yard interception return as time expired. The party in New Madison began.

Tri-Village is now 3-0 and heads to Bradford for another conferenc matchup next Friday. 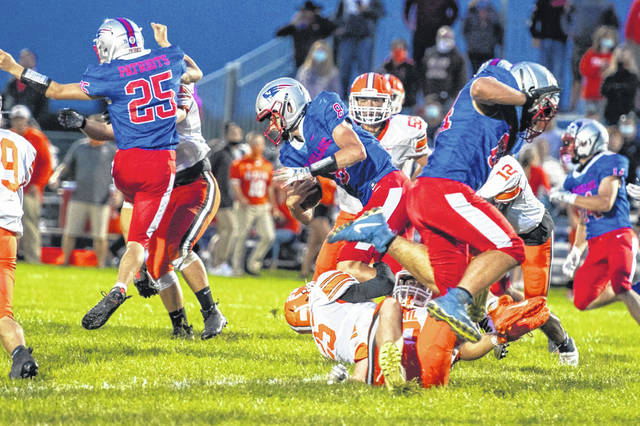 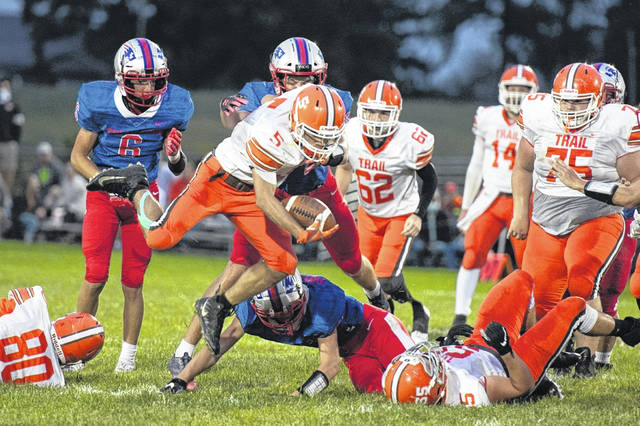