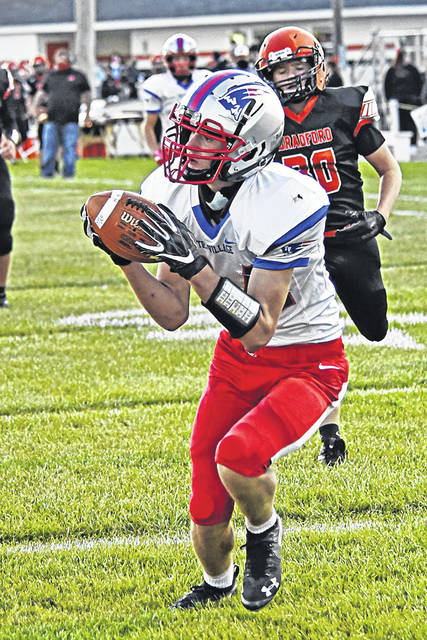 Conference football action and remains undefeated with a 4-0 record.

games first score. Layne Sarver ran in the two-point conversion to put the PATS up 8-0 at the

the 29 yard line but turned the ball over on downs.

middle for a 57 yard TD. Finkbine then tossed the conversion pass to Sarver to go up 38-0.

On Tri-Village 6th possession they would be denied a scoring opportunity. Layne Sarver tossed a

into the endzone for a 60 yard return for the touchdown.

The extra point kick by Taven Leach was good and Roaders trailed 38-7 with 6:59 to go in the

score and a two point conversion by Dylan Finkbine made it 46-7.

The PATS scored at the 4:47 mark in the third quarter with Trevor Barrett carrying the ball

Bradford scored late in the game but would fall 58-14 to Tri-Village.

Tri-Village had 551 yards of total offense rushing for 435 and 116 passing. Reed Wehr led the

ground attack with 182 yard on 9 carries and Layne Sarver with 137 yards on 6 carries.

Wilson Suggs led the way on defense with 9 tackles, Austin Rismiller had 8 tackles, 2 sacks and 5 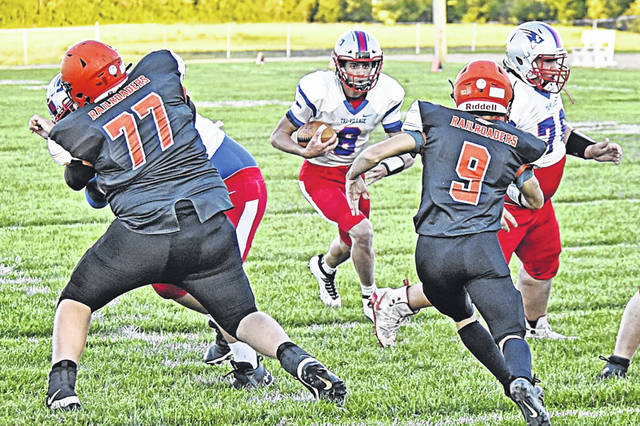 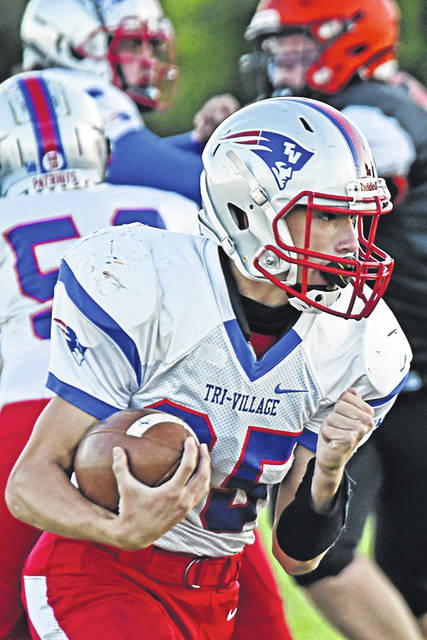 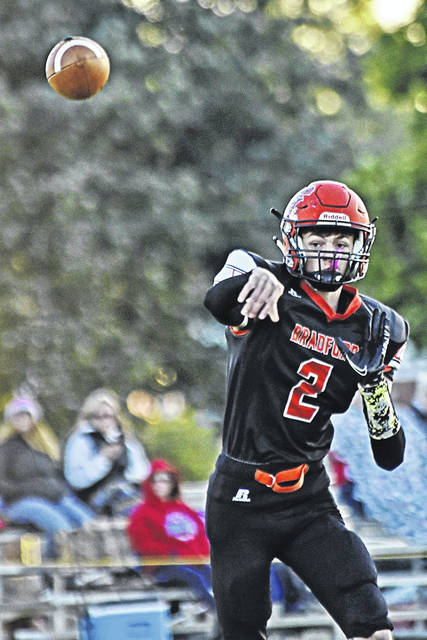 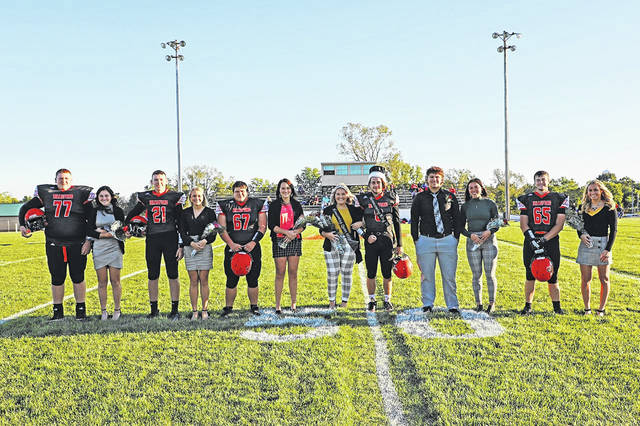 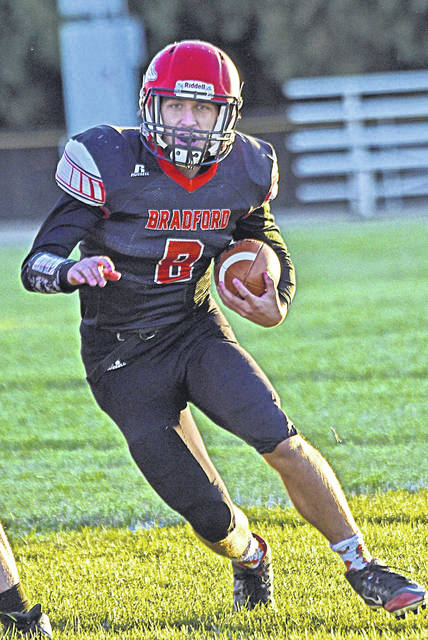 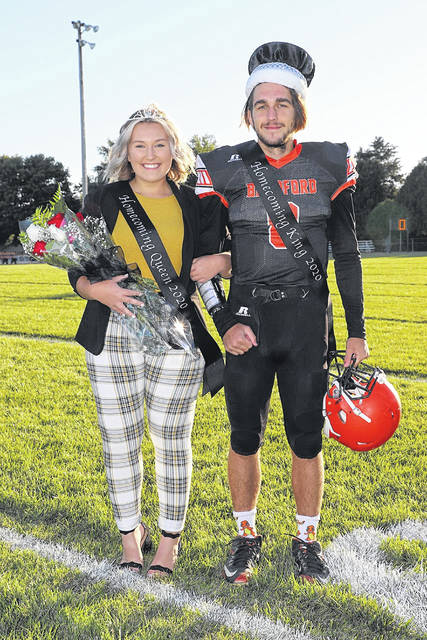 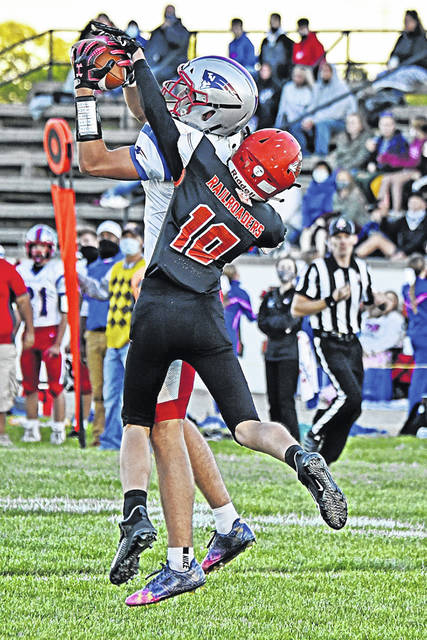