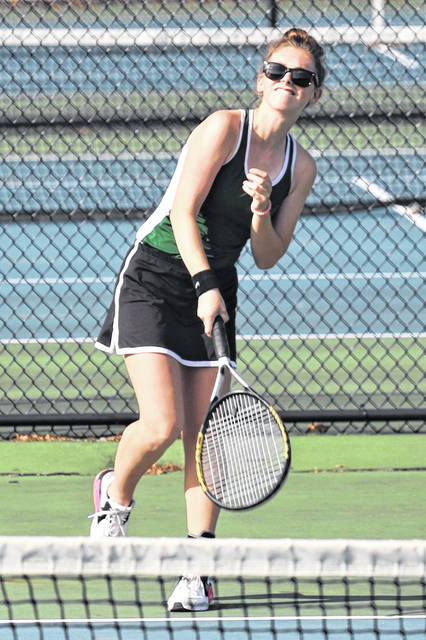 “I’m really proud of the way the girls are playing,” said Greenville coach Jim Koontz. “They are having a very nice season.”

Emily Marchal won 6-0 at first singles to up her season record to 14-1 on the season.

The doubles team of Cheyanne Hartsock and Erin Stephens won first doubles and Sarah Savoy and Sadie Lance teamed up to win second doubles to complet the sweep for the Lady Wave.

With the win, the Lady Wave improve to 9-6 on the season and stand in fourth place in the dominant MVL Miami Division. The Lady Wave would stand alone atop of the MVL Valley division as Fairborn leads the division with a 7-8 record.

The Miami Division teams include Tippecanoe, Butler, Troy, Greenville and Piqua with a 57-18 combined winning record while the Valley Diivision teams; Fairborn, Sidney, Stebbins, Xenia and West Carrollton have a 17-56 combined season record. 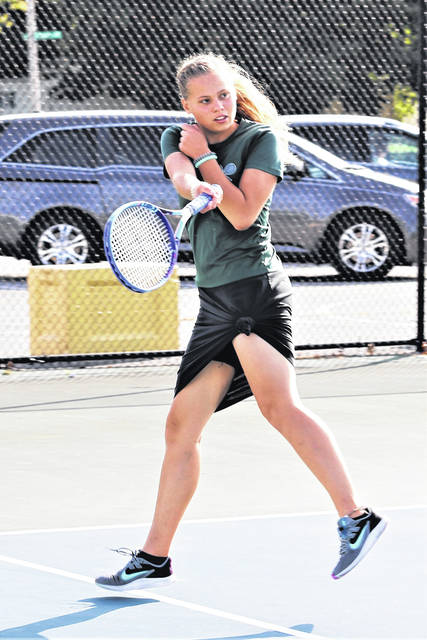 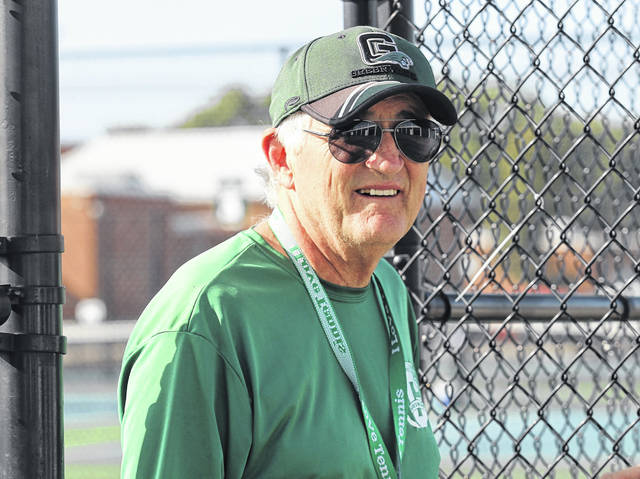 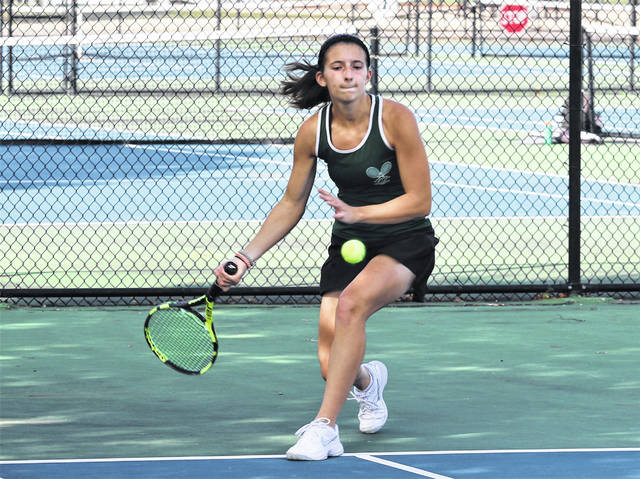