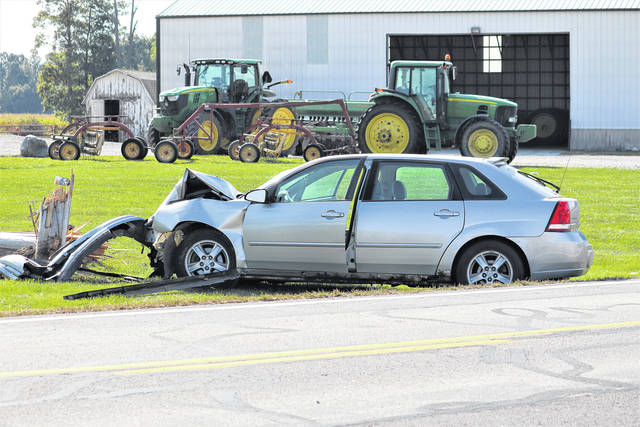 BROCK — A driver was airlifted from the scene of a single-vehicle crash Sunday after traveling off the roadway and striking a utility pole head-on.

At approximately 3:06 p.m., emergency personnel from the Versailles Fire Department and Ansonia Rescue responded along with Darke County Sheriff’s Office deputies to the area of 11781 State Route 185 in reference to an injury crash with possible entrapment.

Preliminary investigation into the incident by deputies revealed that a silver Chevy Malibu was traveling westbound on State Route 185 when the driver of the vehicle failed to negotiate a curve and traveled off the right side of the roadway. The driver overcorrected, crossing the center line and continued off the left side of the roadway where the vehicle came to rest after striking and breaking off a utility pole.

The male driver of the Malibu was treated on the scene by Ansonia Rescue prior to being transported by CareFlight to Miami Valley Hospital for non life-threatening injuries. His condition remains unknown at this time.