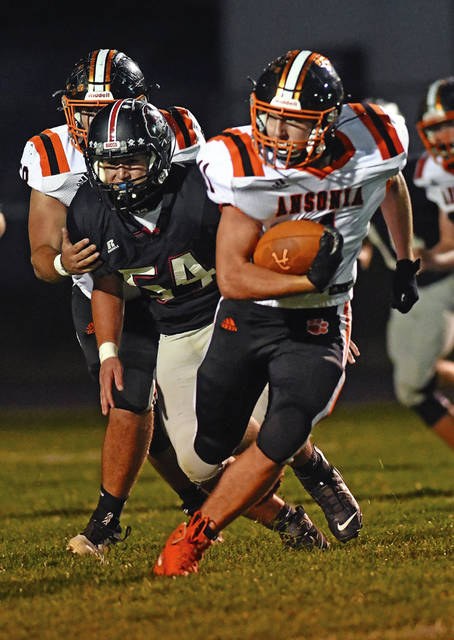 COVINGTON — With both Covington and Ansonia having missed games in recent weeks and having first-round postseason byes, the two CCC rivals got together for a hard-hitting contest in Covington Friday night.

In the end, it was the Ansonia defense that ruled the day, blanking the Buccs 10-0.

Covington dropped to 4-2 and will host the Arcanum-Dixie winner next Saturday in D-VI playoff action.

Ansonia took the opening kickoff and went 70 yards in 11 plays, with a Covington late-hit extending the drive.

The Tigers were facing a third-and-14 after a holding penalty of their own at the Ansonia 38.

Payton Beam ran for seven yards and a late hit moved the ball to the Covington 41.

Two plays later, quarterback Isaac Barga hit Exzavier Moody with a short pass and he took it all the way to end zone from 41 yards out.

Connor Schmit’s kick made it 7-0 with 8:36 remaining in the first quarter and the score remained that way until the fourth quarter.

Covington drove to the Ansonia 19 on its first drive.

But, on fourth-and-eight, Jackson Shellhaas ended the drive with an interception.

Both teams had a chance to score late in the first half.

A 37-yard pass from Jensen Wagoner to Jakob Hamilton and a pass interference on the Tigers moved Covington from its own 31 to the Ansonia 13.

But two incomplete passes on third and fourth downs turned the ball over to the Tigers at the 12 with 2:42 to go in the half.

Barga hooked up with Beam on a 42-yard pass and a roughing the passer on the play moved it all the way to the Covington 19.

But, on third-and-goal from the three, Covington stopped Reece Stammen for no gain and the clock ran out as Ansonia tried to get its field goal unit on the field.

Late in the third quarter, Ansonia started a drive on the Covington 40, after a fumble recovery.

After driving to the Bucc 13 to start the fourth quarter, two penalties put Ansonia in a first-and-30 from the Covington 33.

Barga was able to find Ethan Hemmerich for 23 yards to the 10-yard line.

Covington had one last chance to score after starting a drive from its own 40 late in the game.

Wagoner was shaken up and backup quarterback Carter Owens found Tyler Owens for a 30-yard gain.

But, Barga intercepted a pass three plays later and Ansonia ran out the clock.

Stammen led the Ansonia rushing attack with 86 yards on 22 carries, while Barga completed four of 10 passes for 102 yards.

Ansonia shutdown the Covington running game for the most part.

Wagoner completed nine of 16 passes with two interceptions for 91 yards, while Carter Owens was 1-for-3 with an interception for 30 yards. 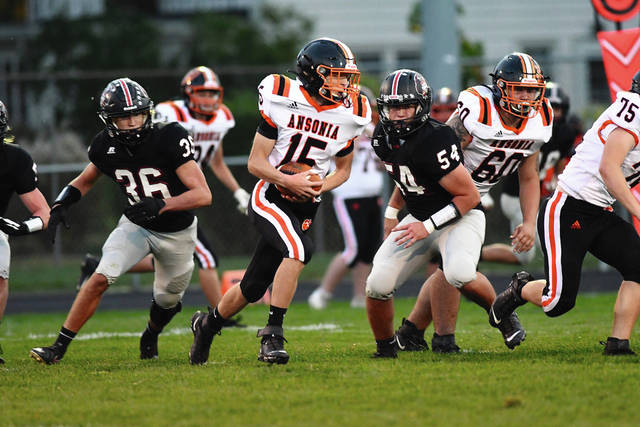 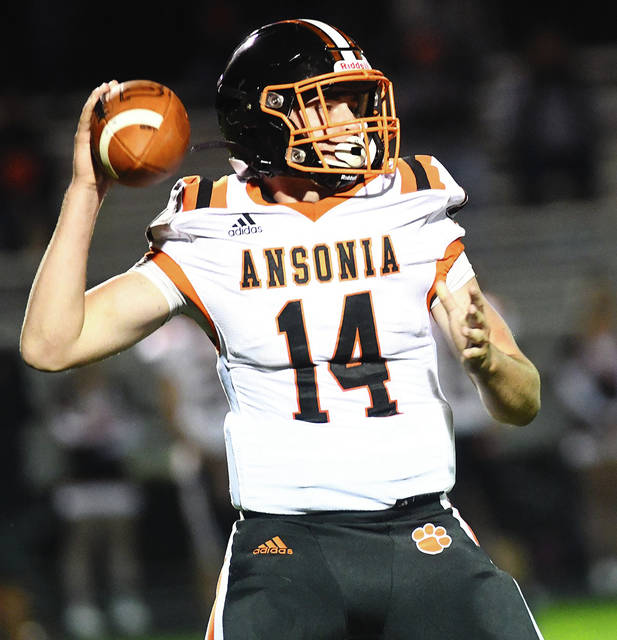