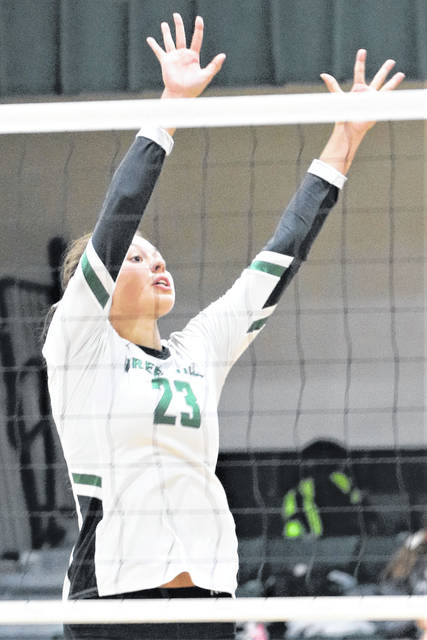 GREENVILLE – The Lady Wave varsity volleyball team battled back to defeat the visiting Fairborn Lady Skyhawks 3-1 in a Wednesday night home match after falling behind 1-0 in losing the opening set.

“You want to honor your seniors and we changed the lineup, just twisted two players,” said Greenville coach Michelle Hardesty. ”It makes a huge difference but once we got back to regular play they finished and did well.”

The Lady Wave started slow trailing by as many as 13 points in the opening set on its way to a 25-14 loss.

“It’s tough to play that final home match and it showed in the first set but they (seniors) put it back together and led the crew to a victory tonight,” Hardesty said. “We’re pleased with that.”

The Lady Wave bolted out to a 12-3 fouth set lead including a double digit 15-5 lead allowing Coach Hardesty the opportunity to emty her bench and play her entire squad while giving recognition to her three Lady Wave seniors.

“Fairborn taxed us and that is what you are supposed to do as you go through the season – get better,” stated Hardesty. “That was our third time playing them so thankfully we finished well all three times with wins.”

Taking the court in what could potentially be their final home game in a Lady Wave volleyball uniform were seniors; No. 2 Allison Powerll, No. 20 Carleigh Cox and No. 23 Abbie Yoder.

Yoder paced the Lady Wave with 11 kills and Hunter Class accounted for 8 kills. Libby McKinney led with 4 aces, Yoder had 3 blocks and Allison Powell led Greenville with 17 digs and Libby McKinney had 10 digs.

With the win the Lady Wave improve to 13-6 on the season.

“We had a good home season,” noted Coach Hardesty. “We have two matches next week, Troy on Tuesday and another match to be determined.”

The Wave next travel to Troy for a Tuesday match with the Lady Trojans. JV begins at 5:30 p.m. To close out regular season play, Greenville will have one final match next Thursday to be determined following Tuesday’s match. 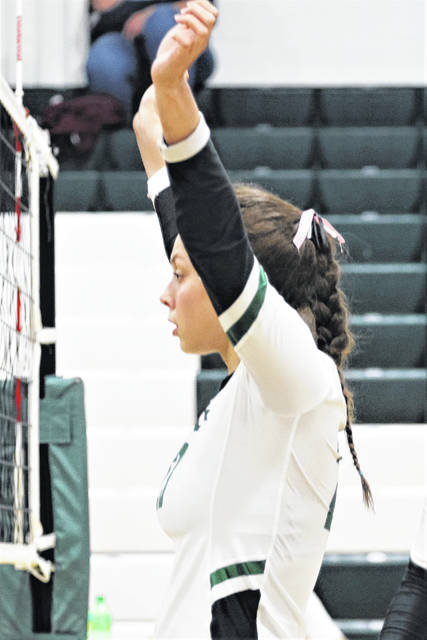 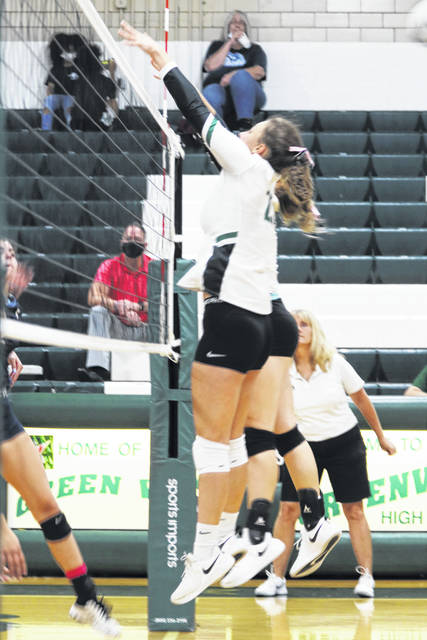 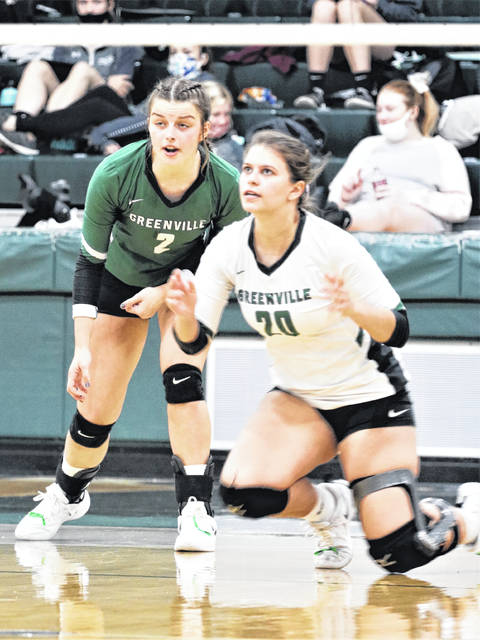 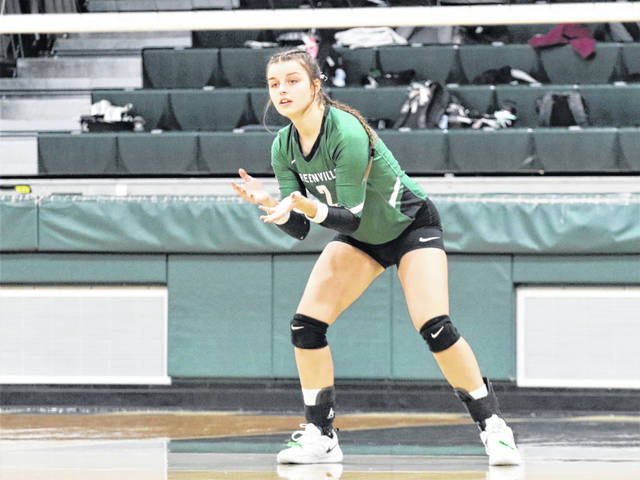 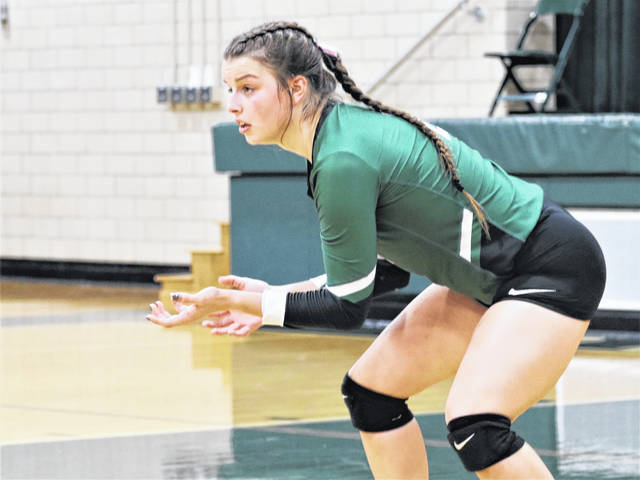 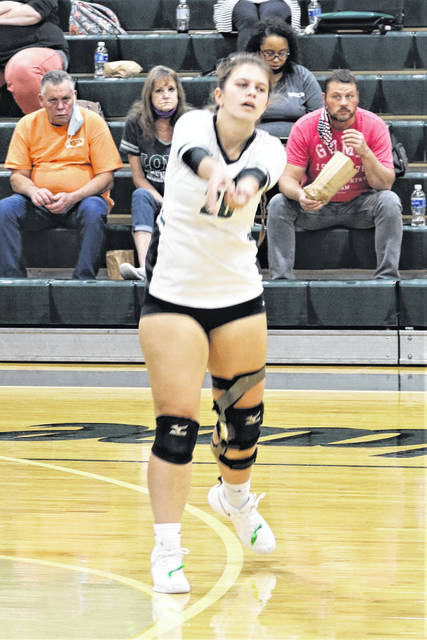 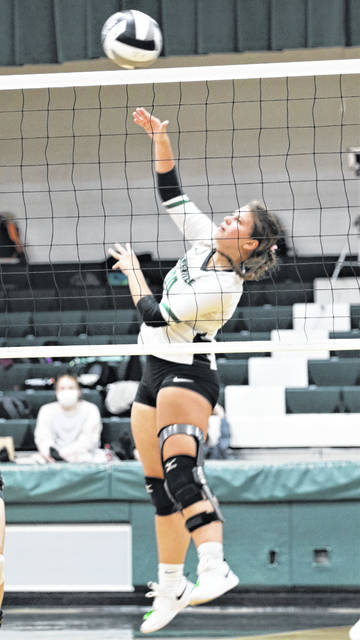 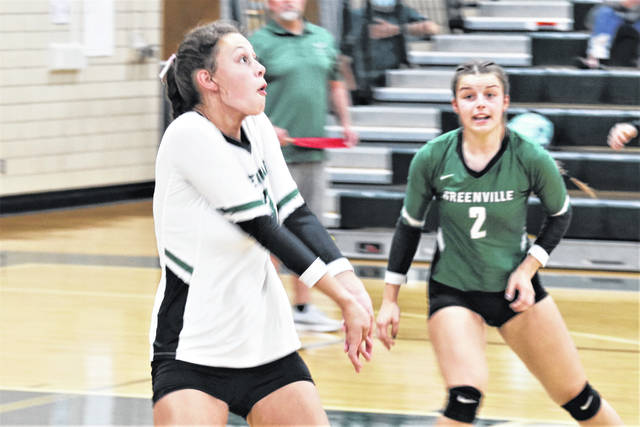 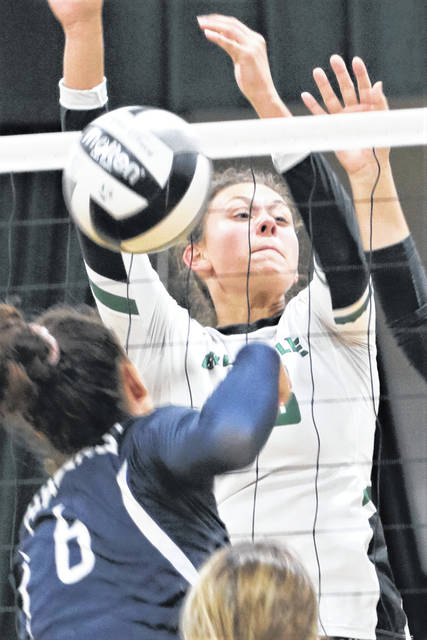 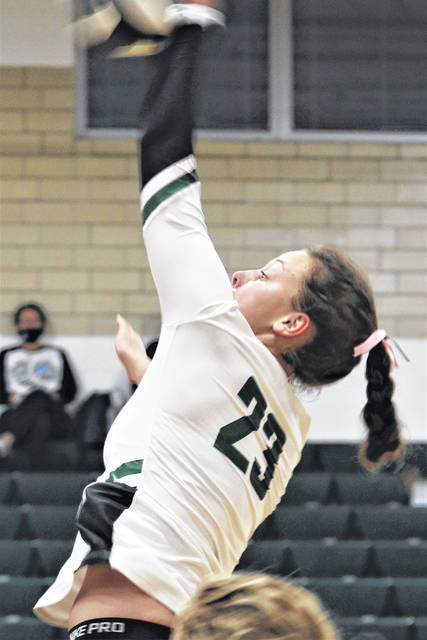 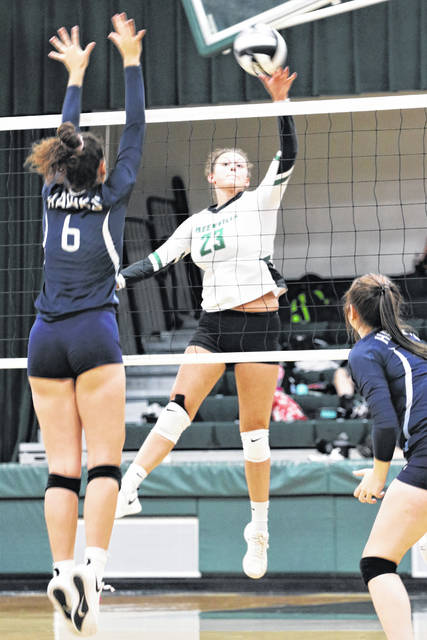