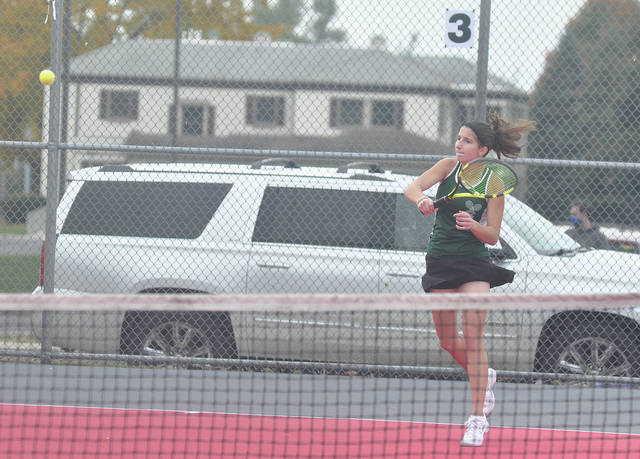 TROY — It was a much anticipated matchup in the Troy D-II tennis sectional singles title match.

Top seed Dakota Schroeder of Tippecanoe came in with just one loss — to second seed Emily Marchal of Greenville.

Marchal’s, 22-1 entering the match, only loss of the season was to Schroeder.

And while the match didn’t go the way Marchal had hoped, with Schroeder winning the first five games and going on to a 6-1, 6-1 win — that had more to do with the outstanding play of Schroeder.

“She is a really good player,” Marchal said. “It was a tough match.”

“Dakota (Schroeder) is an outstanding player,” he said. “She was the better player today.”

The loss meant Marchal finished second in the sectional and will open D-II district play Thursday against a third seed from another sectional at the ATP Tennis Center in Mason.

She will be looking to be the first Greenville girl to win a match at district.

“That would be nice,” Marchal said. “But, I just enjoy being down there and seeing all the great players from the Cincinnati area. It is a lot of fun.”

Marchal is making her third trip to the district tournament.

“I think she is the first girl from Greenville to be a three-time district qualifier,” Koontz said. “I don’t think we have had anyone win a match at district before.”

Marchal had opened the day Saturday with a 6-1, 6-1 win over third seed Leah Frakel of Northwestern.

“I knew she was a really good player,” Marchal said. “I thought it would be a tougher match than it was.”

“I was surprised the match wasn’t closer,” he said. “She (Leah Frakel) is a really good player.”

That set up a match everyone had looked forward to.

Now, Marchal gets to continue her season at district — and possibly make some history.

“It is sad in a way that I am senior,” Marchal said earlier this week. “I enjoy this so much. It really is a lot of fun.”

And the fun isn’t over yet. 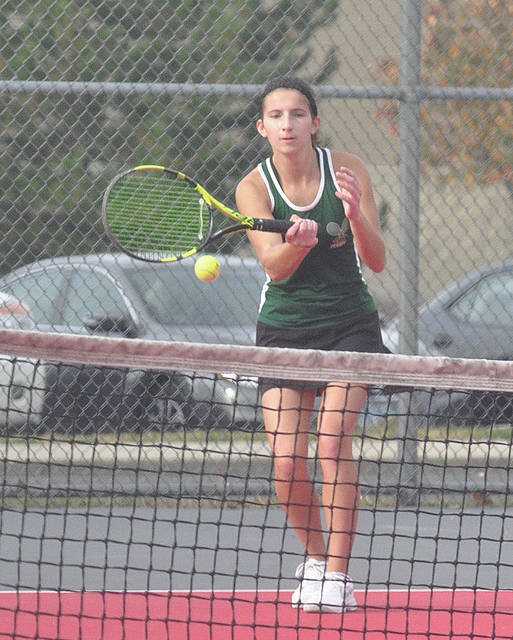 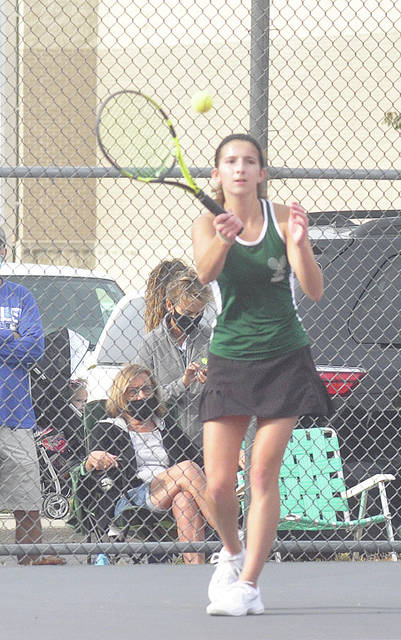 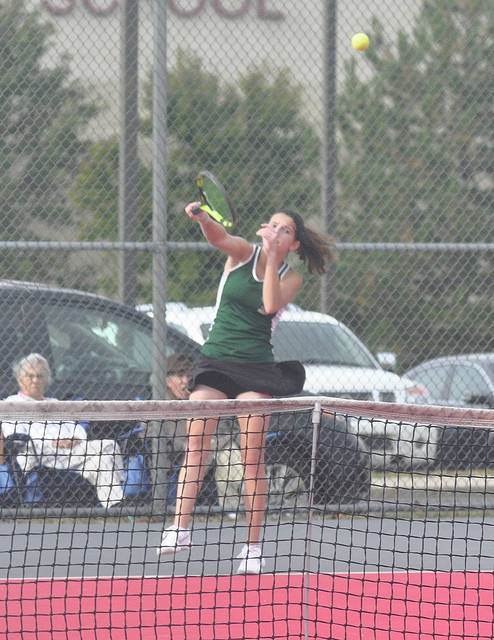