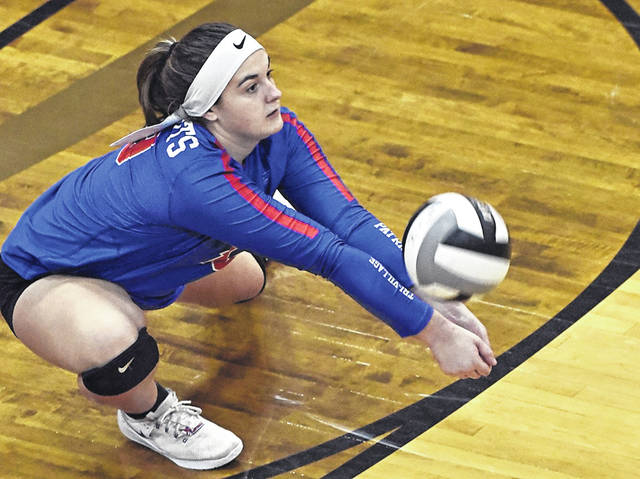 Tri-Village went up early in the first set only to see the MV battle back but the Patriots were just a little to strong at the net and finished it out strong.

“We scrimmaged them early in the season and they are different team as they have improved greatly since then. They hung with us a little today and I know they are bit younger so hats off to them and their effort, Tri-Village coach Chris Brewer said.

“We were coming off a tough two game losing streak to Marion Local and Versailles very tough opponents. We had our chances with Versailles going down to the very end where we lost 15-17 in the final set,” Brewer stated.

“But we had a good win Thursday night against Troy Christian and I wanted it to carry over into today’s match and our game Monday at Franklin Monroe that will be a critical game for both of us in the Cross Country Conference,” Brewer concluded.

But in order to set-up the big game with FM Monday the Patriots would need to take care of business with an improved Blackhawks team.

Tri-Village behind the play of senior Lucie Morris paved the way for that match-up. Morris had a complete all-around game scoring 10 service points, 10 digs, 27 assists on an incredible 50 good sets with just one error.

Tri-Village was very consistent throughout the match winning the final two sets 25-10, 25-17 and will need that kind of play come Monday against the Jets.

With the win the Patriots improve to 14-3 overall and 9-0 in the conference. 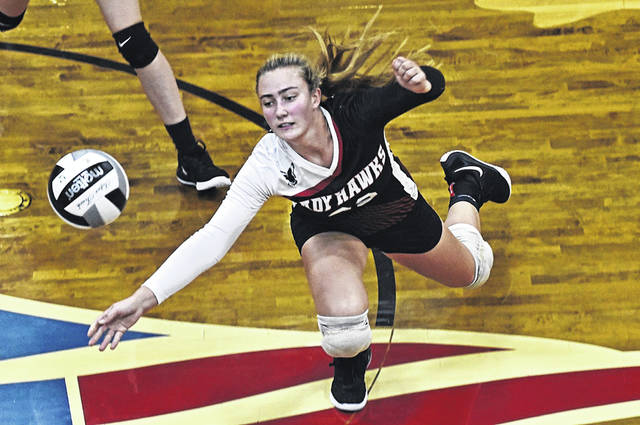 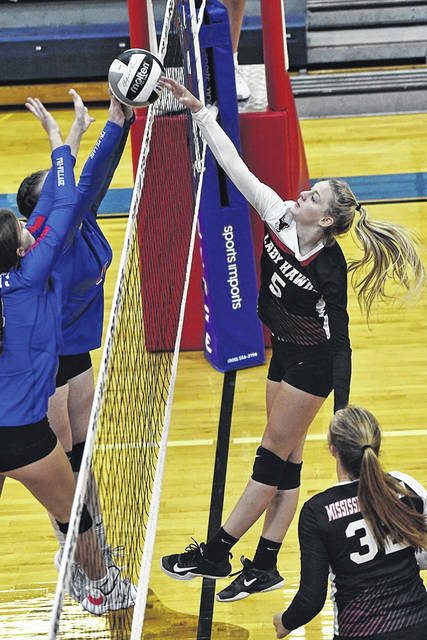 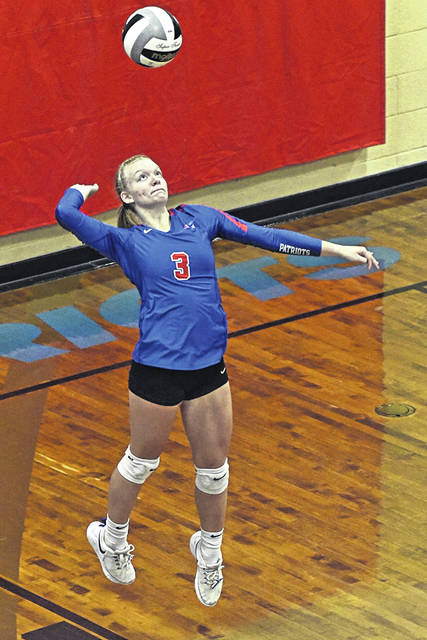 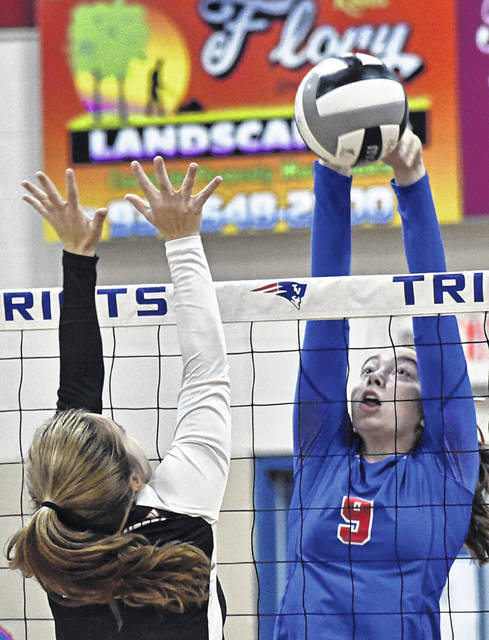 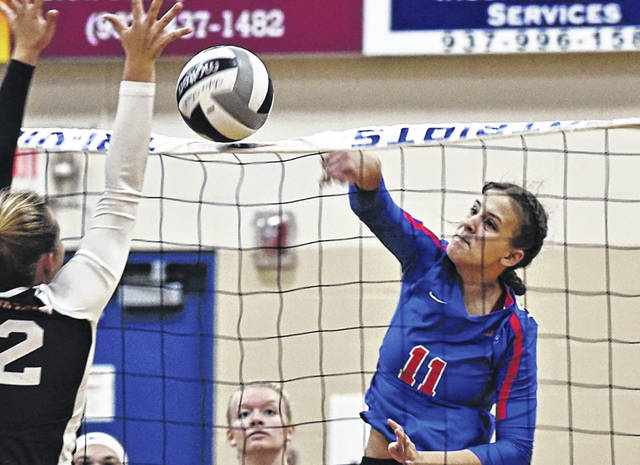