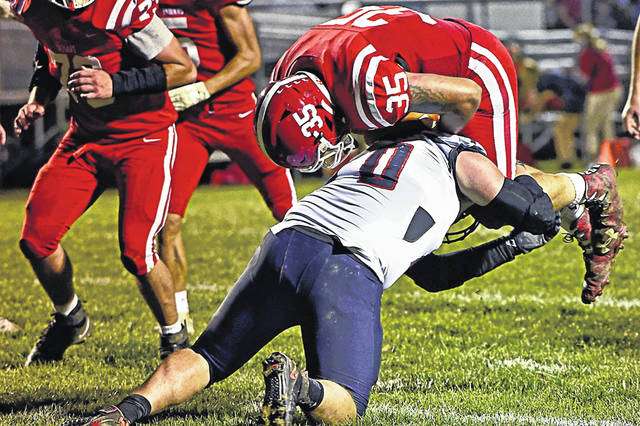 CEDARVILLE – Big plays and lost opportunities led to a 35-6 defeat to for the Blackhawks in the opening round of the OHSAA DVII Region 28 football playoffs.

Mississinawa looked impressive early on taking the opening drive inside the 20 yard line but came up short on a fourth down turning the ball over on downs.

The defense did their job and forced a Cedarville punt and the offense again went to work moving the ball into scoring position. Once again they faced a critical fourth down situation and looked like they had enough but the officials needed to measure. The officials then signaled a first down … but then a discussion took place and they did a second measurement and this time it showed the Hawks had come up short.

Cedarville would take advantage of that second measurement and eventually score on the drive on a 15 yard touchdown pass to go up 7-0 at the beginning of the second quarter.

MV was able to move the ball again … but it was liking watching the movie “Ground Hog Day” turning the ball over on downs.

A few plays later Cedarville busted one up the middle for a 50 yard touchdown run to go up 14-0.

If you’ve seen the movie by now you might want to turn the channel. The Hawks got across midfield and with time running down in the first half went for it on fourth down and you know the rest of the story.

With just 47 second in the half defense just needed to make a couple of stops … but Cedarville completed a long pass and then scored with just 2 second left to go up 21-0 at the break.

Cedarville on the opening drive of the second half scored in 5 plays to go up 28-0 and the Hawks are desperately needing to respond.

Mississinawa finally was able to do just that with a big play from senior quarterback Zach Connor’s pass to Malachi Levesque who turned it into a 45 yard gain. Pierce Daniels then scored a few plays later on a 6 yard reception … but the Hawks trailed 28-6.

That would be the only MV score and they would go on to drop a 35-6 decision to the Indians.

For the game quarterback Zach Connor was 13/28 passing for 125 yard and a score. The Hawks rushed for 90 yards with Pierce Daniels leading the way with 35 yards on the ground. Drew Anguiano had 6 receptions 65 yards and Malachi Levesque 4 receptions 57 yards.

“This was a tough loss to be honest, coach Steven Trobridge stated after the game. In the1st quarter we came out moving the ball, but like all year once in the redzone wedon’t finish. We got there 5 times in the game and score only once, that won’t cut it, especially in the playoffs,”

Offense wasn’t the only area of frustration for the coaching staff.

“Defensively we have to stop making mistake in crunch time. All of their scores came on big plays, and all but one on 3rd down,” Trobridge added.

“We are a young team, and with a young team mistakes are going be made, we have to fix those mistakes, it seems like we fix one mistake and a couple more come along,” Trobridge said.

Coach Trobridge is determined to coach them up and get better.

“I promise you the Blackhawk community we will keep working and will fix this. I’m proud of the team we have, and we will find a way to get figured, it such an honor to be the head coach here and I’m going do whatever I can to get us going,” Trobridge concluded.

Mississinawa Valley is out of the playoffs but will be playing Bethel Friday at home. 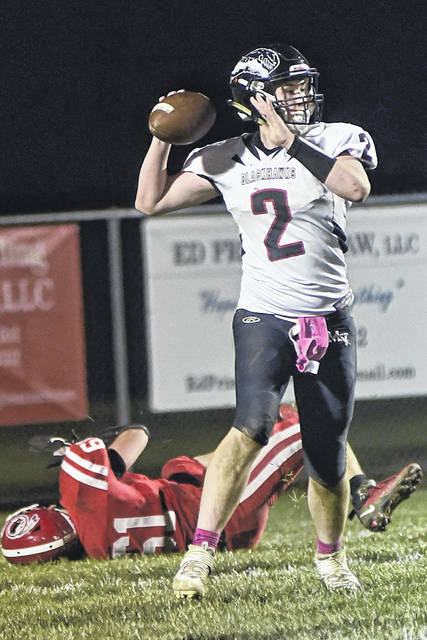 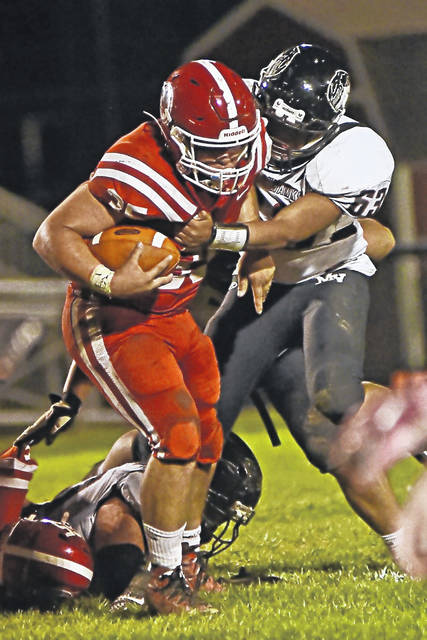 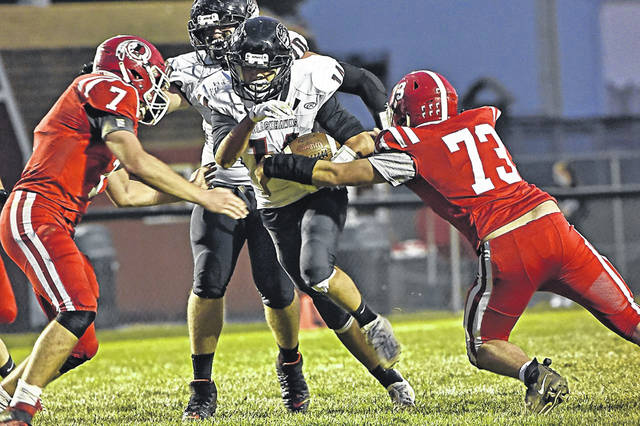 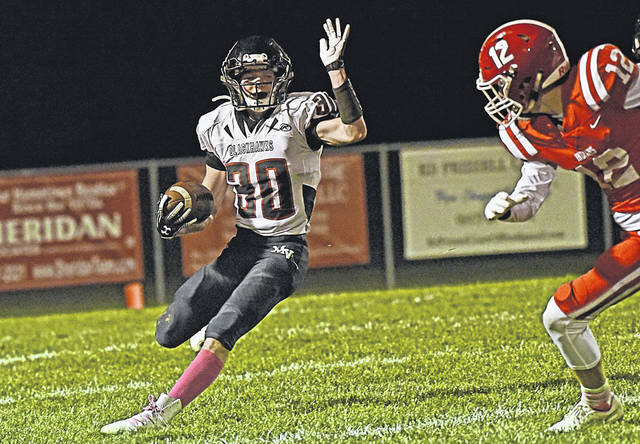