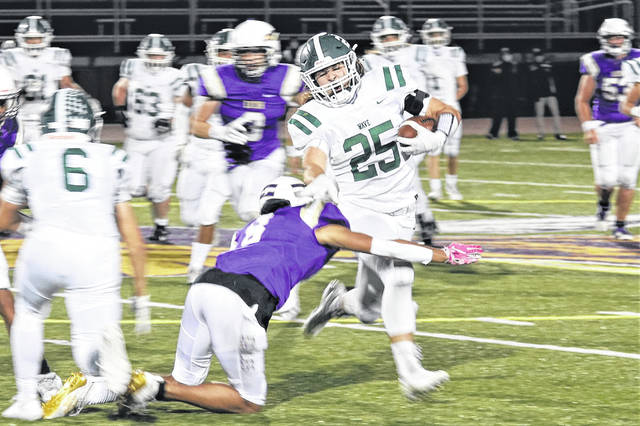 EATON – The Eaton Eagles hosted the Greenville Green Wave in a non-conference Friday night football game. A two hour lighting delay had the game start time pushed back to a 9 p.m. start time with the team playing much of the contest under heavy rain and strong winds.

The Eagles defeated the Wave 28-6 in a game that saw Greenville unable to take advantage in the red zone until the fourth quarter of play.

Eaton got on the board at 10:44 in the first period and tacked on 2 points with a pass completion to give the home team an early 8-0 lead.

Peroid No. 2 was a defensive battle with the teams unable to get on the board. A Truman Nicholas Greenville interception closed out first half play sending the teams to the break with the Eagles holding an 8-0 lead.

The Eagles turned a fourth and inches from their own 39 yard line into a 61 yard quarterback keeper touchdown run. Greenville stopped Eaton’s 2 point conversion attempt giving the home team a 14-0 lead with 9:00 showing on the third quarter clock.

Eaton extended its lead to 28-0 in the fourth before a Hayden Bush to Logan Sibery touchdown pass at 4:19 had Greenville on the board to trail 28-6 in what would be the final score in the rain delayed game. 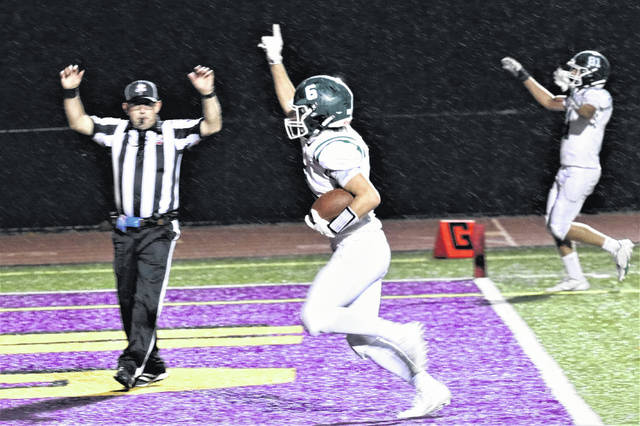 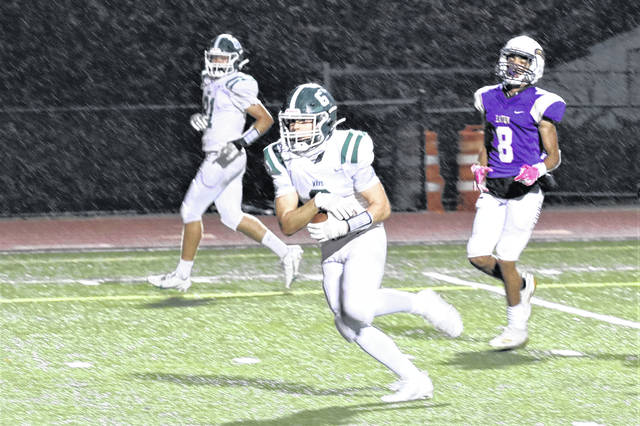 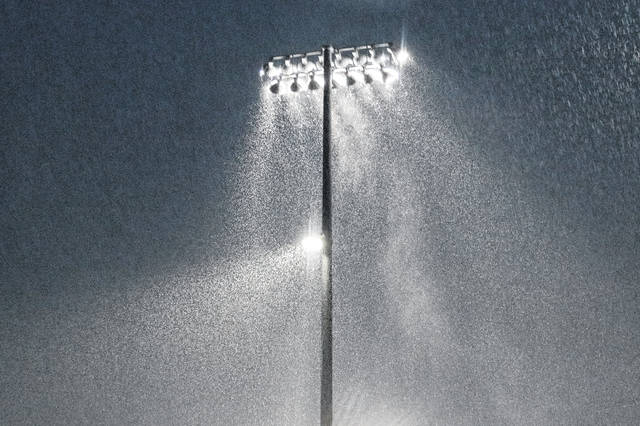 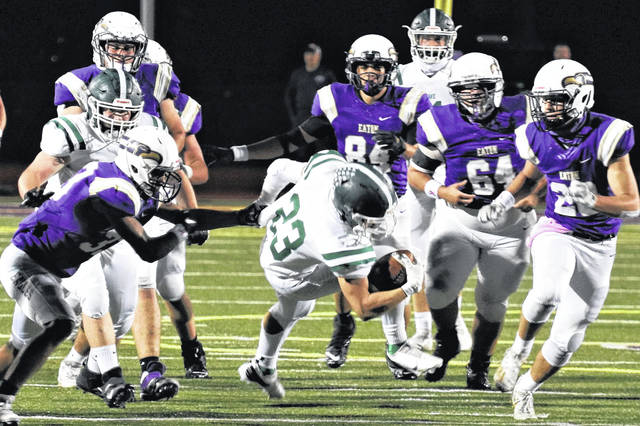 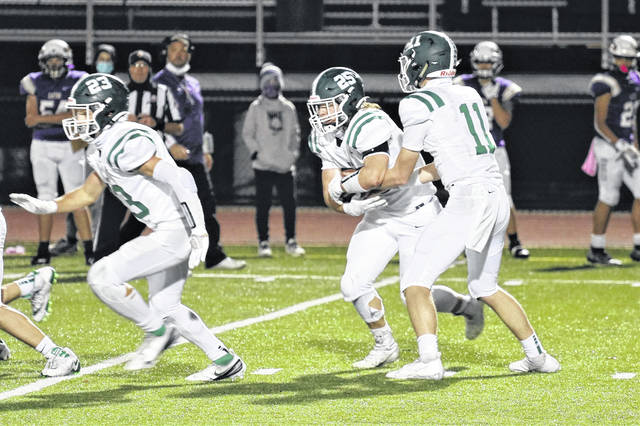 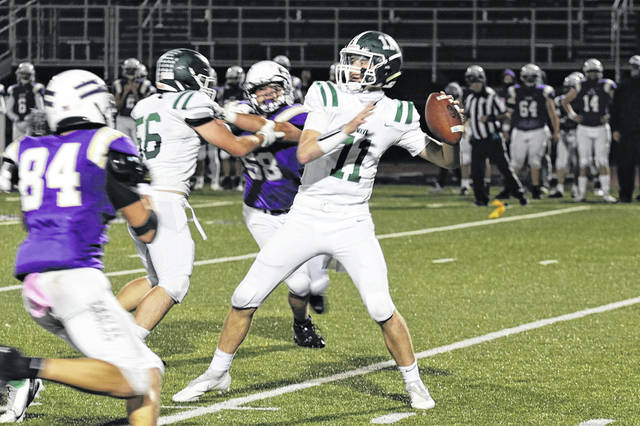