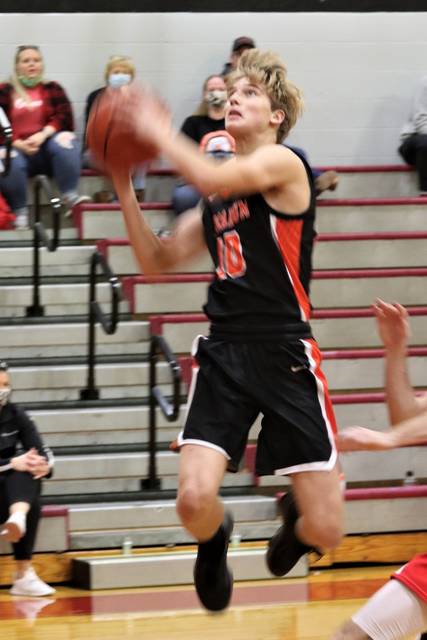 “We have to get better and we will,” said Arcanum coach, Roger McEldowney. “We’re growing every game, so we look to just keep grinding and get better every time out.”

Down by as many as 8 points in the early goings, the Trojans trailed 12-7 after one quarter of play with the home team taking advantage of two 3-pointers and three 2 point baskets.

“Anytime you go on the road it’s difficult,” McEldowney stated. “We got off to a slow start again. We couldn’t put the ball in the basket but we finally got a few to drop.”

Arcanum battled back in second quarter play to knot the score at 20-20 with 4:12 showing behind the a balanced Trojans scoring attack led by junior, Hake Joubeaux’s nine points, five Chad Pitzer points including a triple and 2-2 at the line, a Logan Todd trey and a basket each from Garrett Garno and Nick Sharritts sending the teams to the halftime break with Arcanum holding a 29-24 lead.

A stingy Arcanum third quarter defense held the Panther to 5 points while the home team was holding the Trojans to a 9 point single digit third sending the teams to the final period of play with Arcanum up 38-29.

“I thought we played a really good defensive second half,” said McEldowney. “We really wanted to try and contest everything that they shot and just limit them to one shot and I thought we did that pretty well for the most part.”

The Trojans made it a double digit 42-31 lead with 4:21 on the fourth quarter clock only to have North use and 8-2 run making it a 5-point game with just under a minute to play. Forced to foul, the Panther firs sent Cameron Burke to the line to hit back-to-back free throws followed with Ian Baker next at the charity stripe to go 2-2 and close out scoring on the night to seal the 9 point conference road win for Arcanum.

“Garno played really hard defensively, dove all over the floor,” Coach McEldowny said. “That is the kind of effort we need from everyone. I thought we did but he was everywhere tonight and gave us a shot in the arm coming off the bench.”

“I thought Jake (Goubeaux) did a great job of handling the ball,” added McEldowney. “He played every minute and really took care of it and made some buckets for us. Nick (Sharritts) gave us a boost inside, got some boards and scored some buckets. Chad (Pitzer) hit some big threes in the second half so overall team win. Logan (Todd), Ian (Baker) and (Cameron) Burke, everybody played well so great defensive effort.”

“We could make a few more free throws and maybe take a little bit better of the ball but I never felt like the game was in jeopardy,” Coach McEldowney concluded. 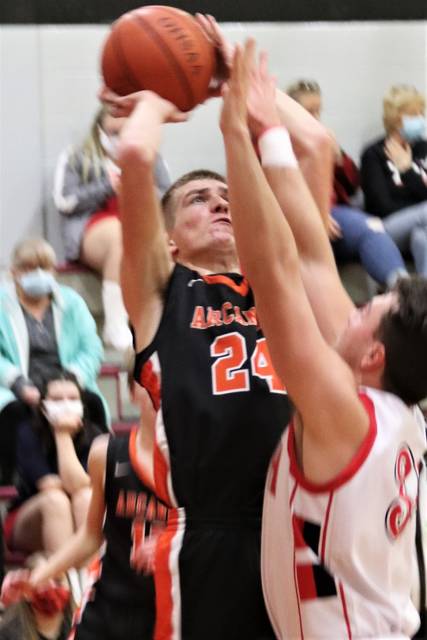 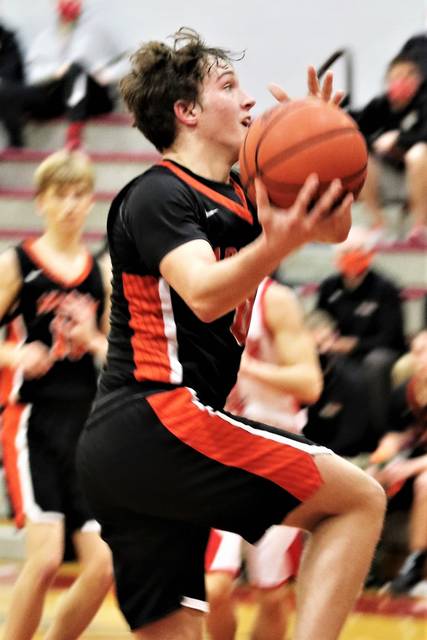 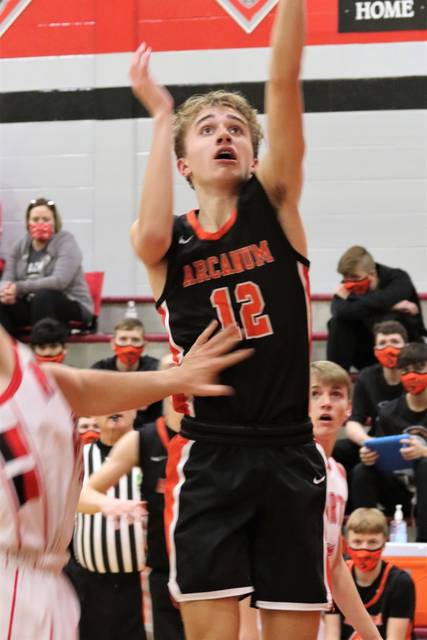 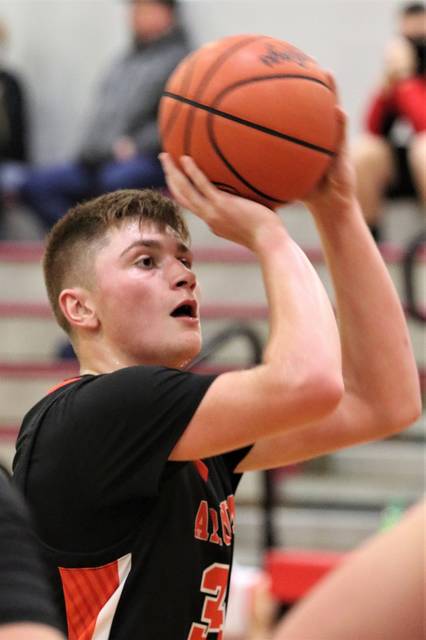 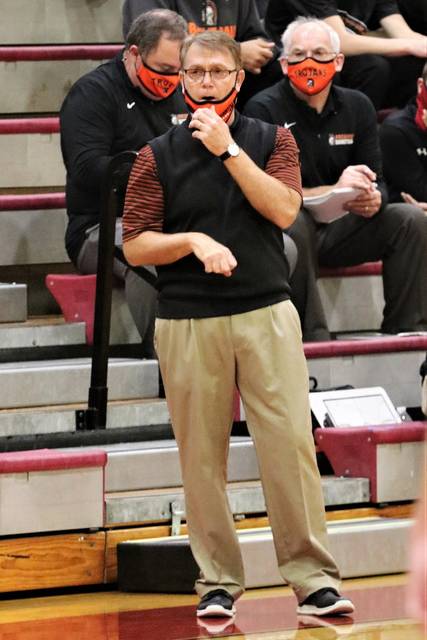 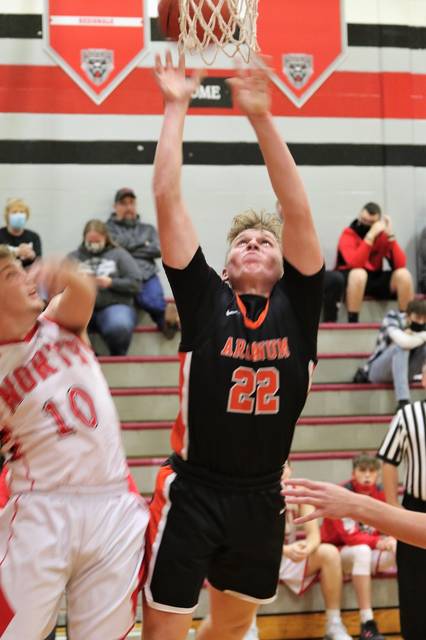 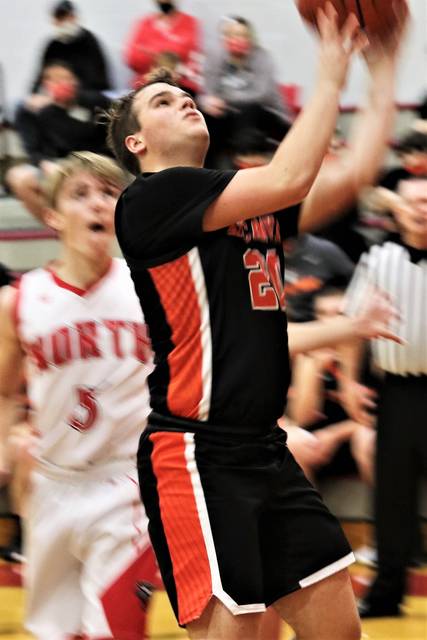