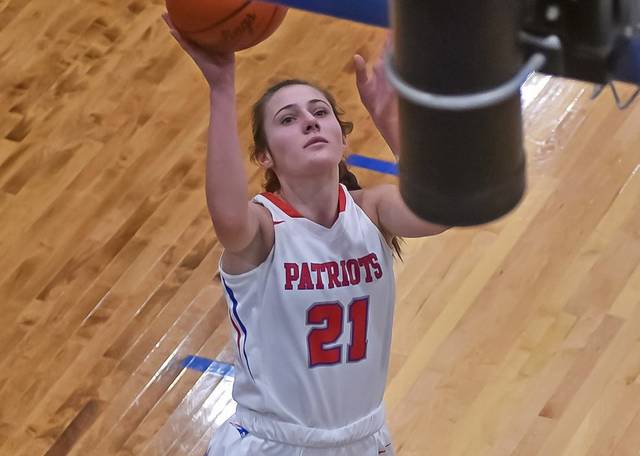 BROOKVILLE – Tri-Village scored big in the first half and defeated East Dayton Christian for the 2nd year in a row in the opening round of the OHSAA DIV Sectional Tournament by the score of 82-16.

The biggest drama of the game took place before the game started as East Dayton Christian who shows 7 players in their team picture was one player short of a starting five team. By rule a team must field 5 players to start a contest but can finish a game with fewer than 5. One of the officials mentioned to me he had never seen that before but had officiated a game with just 3 players left on the floor.

After taking a 10 minute delay the fifth player entered the gym and the game was on.

Tri-Village wasted little time getting on the scoreboard and in fact raced out to a 26-4 lead after one quarter of play.

The Patriots would score 31 more points in the second quarter to hold a 57-8 halftime lead.

At the half Rylee Sagester had 27 points and Morgan Hunt 17. The duo would finish the game with 29 and 22 points respectively as they played very little in the second half.

With a running clock on in the second half the game would go quickly.

Tori Richards scored 10 points and KarsiSprowl 8 as all 11 players on the roster would get on the scoreboard.

Tri-Village will play next in the 2nd round on Thursday February 18th at 5pm again in Brookville. 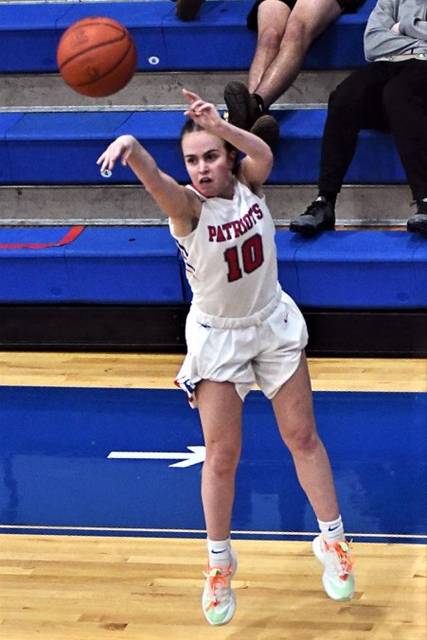 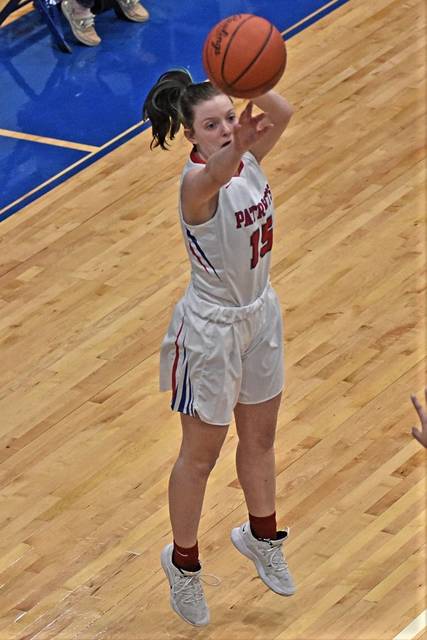