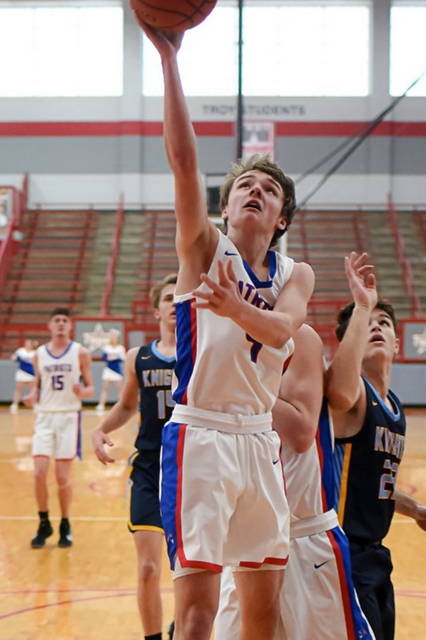 TROY – The Tri-Village Boys Basketball team got off to a good start against Legacy Christian, then weathered a 3rd quarter run, surged in the 4th quarter and shut the Knights down late earning a 65-47 win to claim the OHSAA DIV Troy Sectional Championship for the first time since the 2016-17 team.

In the early going it was apparent what both teams wanted to do as the Patriots pressured Jonathan Riddle a 20 ppg scorer for Legacy who isn’t shy about shooting anywhere on the floor.

Likewise, the Knights defense were intent on slowing down Layne Sarver.

As good fortune would have it, sophomore Wilson Suggs welcomed the lanes that were open to him getting to the rim on a number of occasions for scoreswhich led to his confidence shooting the ball from the outsidescoring a whopping 17 points in the first half.

Layne Sarver knocked down a corner triple at the buzzer to end the first quarter with the Patriots leading 20-9.

In the 2nd quarter LC connected on a couple of triples, up to that point TV held Jonathan Riddle in check from distance, so the sharpshooter had to work hard going to the rim and he was able to get to the line as the Knights tried to keep the game from getting out of reach.

The one thing they do well was slow down Riddle but it took a toll on point guard Dalton Delong who was saddled with foul trouble. Enter Jason Hale, he came in and did a nice job in relief.

“He has been giving us great minutes all year, especially defensively and been a gnat out front for us, he helped us tonight when Delong got into early foul trouble guarding Jonathan Riddle,” Sagester praised.

But the big news of the first half was the play of Wilson Suggs.

“He played a heck of game, he got to the rim, made some perimeter shots for us,” Sagester stated. “He’s a really talented sophomore and has had some really good games and some not as good … but he puts a lot of time into it, is a great kid and I’m really proud of him tonight for how he played for us,” Sagester lauded.

Suggs 17 first half points along with 8 points each from Justin Finkbine and Layne Sarver gave the Pats a 34-21 lead at the half.

The break seemed to be just what the Knights needed as they came out on fire to start the 3rd quarter connecting on 4 straight trey’s and 17 points total in the quarter.

Although it was the lowest scoring quarter, 11 points by the Patriots, they closed the frame with an and one by Justine Finkbine to lead 45-38.

With Legacy hot from behind the arch (9 – 3’s for the game) Tri-Village changed it up on defense, going zone and using their length on the perimeter to take away those shots.

“Give them credit, anytime you make 9 threes in a basketball game your probably supposed to win most of them. They made a lot of perimeter shots tonight and my assistant coach said let’s go 2 and play a little zone,” Sagester commented.

It would be exactly what was needed shaking up the Knights rhythm while also generating some turnovers leading to baskets in the open floor.

Finkbine who had scored a quiet 12 points erupted for 11 points in a stretch from the end of the 3rd quarter into the 4th period scoring on 5 straight possessions.

The 6’5” sophomore forward seemed to be all over the places coring off the break and working the block and ended up with 23 points, marking a career high.

“He’s been an absolute force for us offensively in the paint. We have 3 bigs and they become a tough match-up for a lot of teams. We had a good match-up with him and he did a good job for us tonight,” Sagester exalted.”

Finkbine gave TV the separation they needed causing Legacy to foul and put the Patriots at the line. They made 12-14 free throws in the 4th quarter and 21-24 for the game.

“We made it really tough on Jonathan Riddle tonight, I know he scored 13 points but he had to work very hard to get those and that was 7 below his average,” Sagester said after the game.

After a 3 year dry spell of not winning a tournament game the Patriots picked up their 2nd and a Sectional Title and list looking to add one more win next Saturday. They will take on the winner of Cincinnati College Prep vs New Miami and both are very talented but we’ll prepare and get ready for it.

For Sagester and company they have talked about their goals all year and thus far have achieved a few of them.

“Winning a sectional title is important to us, so was winning our Holiday Tournament, the league title, and 20 wins …but getting a District Title is big on our list too,” Sagester concluded. 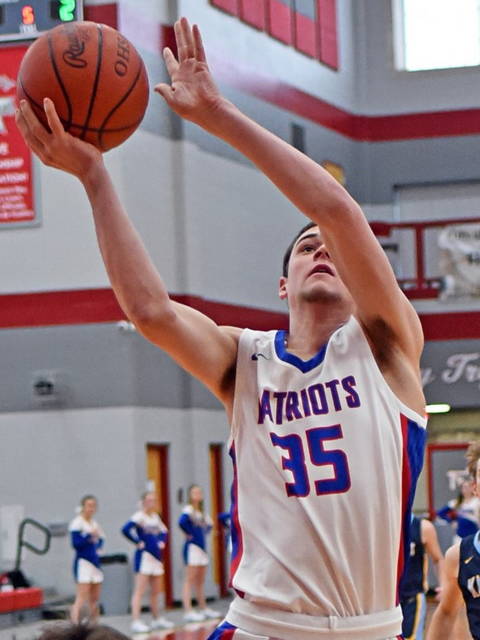 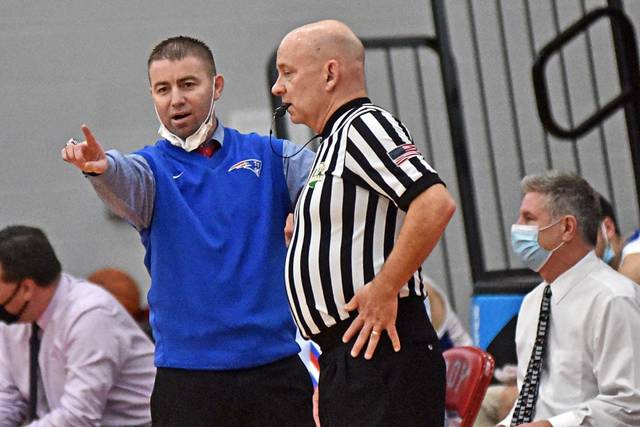 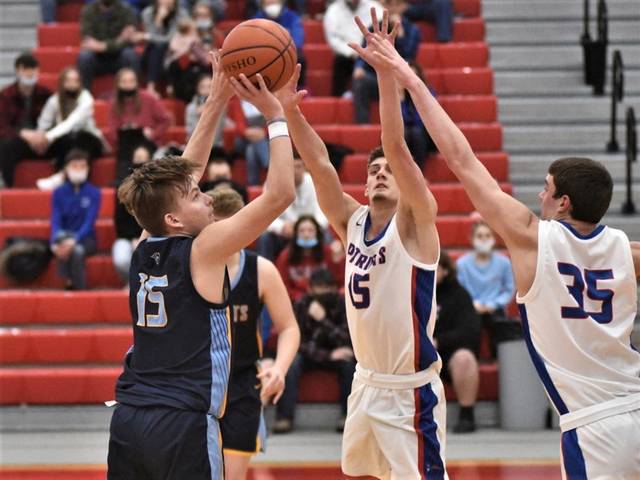 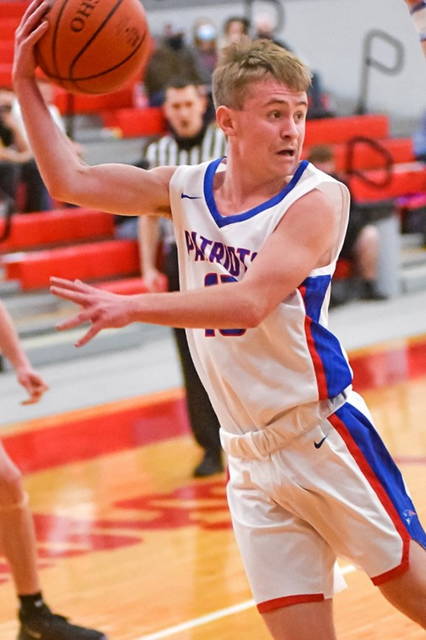 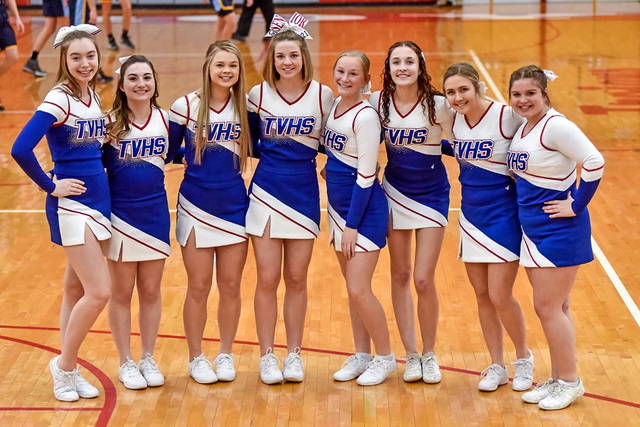