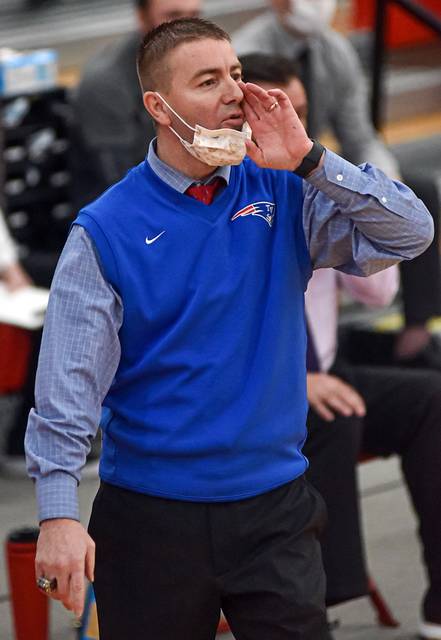 NEW MADISON – The Tri-Village boys basketball team currently stands at 25-0 on the year and was crowned the No. 1 team in the state in the final Ohio AP DIV Boys Basketball State Poll.

After being a fixture for many years in post season play the programwent through a 3-year drought without winning a single game in the tournament.

Tri-Village turned that around this year with an opening round win by forfeit and then won two straight tournament games on the floor that includes a 65-47 victory over 20-5 Legacy Christianto advance to the district final for the first time since 2016.

The Patriots will be taking on New Miami located in Hamilton, Ohio in their upcoming district finals game. The Vikings play in the Miami Valley Conference and is currently on an 8-game win streak with a record of 15-4 overall.

The Vikings have had a successful runover the last three years in boys basketball winning three straight sectional titles. They beat Cincinnati College Prep Academy 65-57 to advance to the district final.

They were led by Deanza Duncan’s 28 points and TreyRobinette’s 25 in that game.

New Miami Vikings averages 59 points on offense and is led by senior Deanza Duncan who also led the Miami Valley Conference this year at 20.5 points a game. Seniors Trey and Jordan Robinette also averaged 15 and 13, respectively.

Back at the helm for Tri-Village this year after a 3-year absence is Josh Sagester who was recentlyrecognized by the Ohio Prep Sport Writers Association as the DIV Boys Southwest District “Coach of the Year” after turning around the program from 12-13 last year to 25-0.

The Patriots rely on the junior Layne Sarver who was Southwest District “Player of the Year” scoring 22.5 points a game. Junior Josh Scantland was a 3rd team All-Southwest at 10 points and 7 rebounds a game and sophomore point guard Josh Delong was Honorable Mention, and he adds 8 points, 4 assiststo go along with his good on ball defense.

Two players who did not make the list this year are sophomores Justin Finkbine and Wilson Suggs both ironically led Tri-Village in scoring with 23 and 21 points each in their sectional final win to advance to the district finals.

The game will be played at Vandalia Butler High School on Saturday March 6th at 1:30 pm 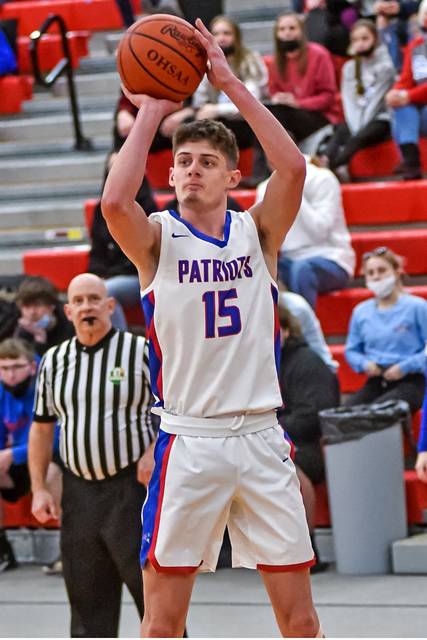