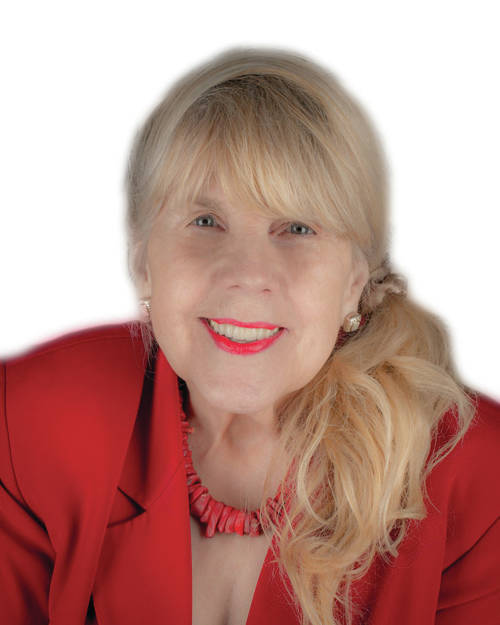 Are you a bully? Have you ever been? Are you a victim of bullying? Do you observe bullying in business, educational or community environments?

Have you observed the bullying that goes on in political arenas where elected officials fear to vote their consciences because of the assaults that might be levelled against them?

Students in the creative writing class I teach at Edison State were recently given the option of writing a story in which they could explore social issues.

One student wrote about age discrimination in the workplace, and I was able to explore with her the options available to her protagonist: a lawsuit, a grievance, a protest, a complaint via media, a boycott, etc.

Bullying in families that erupts into domestic violence and other forms of bullying are complex, and I encourage those persons at the receiving end of said bullying to seek help from professionals

As you read the following animal fable by Tipp City resident Jade Moscato, realize that she has created a work that can apply to bullying. I am not advocating the murder of the bully and ask you to read the demise of the Moscato’s gorilla antagonist as symbolic. Know that we can defang bullies when communities pull together to bring about positive change just as the characters do in Moscato’s story.

Once there was a gorilla and a group of monkeys who lived in the jungle together. The gorilla lived in luxury, spending all his time lounging around and eating his favorite foods. Meanwhile, the monkeys were forced to work all day, harvesting bananas for the gorilla while they were barely given enough food by the gorilla to avoid starvation. He forced them to carry all the bananas they harvested to his home, a cave which contained thousands of bananas he kept just for himself. This had been going on for some time because the monkeys were scared. The gorilla was big and strong, and the monkeys were small and weak. They did not like their current situation, but none wanted to anger the gorilla for fear of retribution.

Life was difficult for the monkeys. They had to work all day in scorching heat, performing the arduous task of harvesting as much food as they could for their gorilla overseer while he spent the day lounging around living in luxury. No one could step out of line, because those who did would get punished with a severe beating.

When each day was over, the monkeys would return home exhausted with barely any willpower to do anything but to a scant dinner and go to sleep, just for the exact same cycle to repeat the next day and the next day and the next day. They would wake up, eat a small breakfast, and some wondered to themselves if there was anything they could do to improve their circumstances. They came to the same conclusion every time: There is nothing I can do about this myself.

One day, one of the monkeys had a sudden thought. He realized that there was only a single gorilla, and that there were hundreds of monkeys. Individually, they were powerless, but together they were strong. Even with the gorilla’s greater strength, they could overwhelm him with sheer numbers. Upon realizing this, the wise monkey gathered all the others into a huddle where they created a plan. They would rid themselves of their unwanted leader finally and by any means necessary.

The gorilla awoke that night to an incredible surprise. He was in the middle of his cave, surrounded by hundreds of monkeys. He did not have a chance to react before he was set upon by a wild frenzy of claws and teeth. Shock quickly gave way to arrogance, as the gorilla was confident in his superior strength to brutalize the monkeys back into submission. With each swing of one of his mighty arms, a half dozen monkeys would fly back. With each pound of his fist, another half dozen monkeys would collapse unconscious on the ground. Despite his strength, the longer the fight went on, the more tired he got. For each monkey that he beat into the ground, another three took its place, clawing and scratching and biting. The wounds they inflicted were tiny and barely noticeable, but each one sapped his strength a little drop.

The gorilla, exhausted, bleeding from hundreds of tiny wounds, was finally overwhelmed. Using vines, the monkeys procured from trees in the jungle, they bound his arms to his sides and hoisted him up on a dozen of their backs. Howling in rage, the gorilla thrashed about and tried to wiggle free, but was too drained from his fight to break the vines binding him. The gorilla became confused as to where the monkeys were taking him, not understanding why the crashing noise he heard was growing louder. At the side of the top of the waterfall, the gorilla was struck with horror as he finally understood what was happening and redoubled his efforts to escape, but it was too late. With a mighty heave, the monkeys threw him over the side of a waterfall and watched him plummet to rocks below.

With their oppressor defeated, the monkeys were free to take back all the bananas he had stolen from them. This sudden abundance of food for everyone meant that no one had to worry about starving. Monkeys with elderly family members, who had struggled to harvest enough bananas to appease the gorilla and still have enough food to support their families, suddenly found themselves with a huge burden lifted. Monkeys who had been injured by panthers and other predators in the jungle were given a chance to rest, no longer being forced to work despite their wounds. No monkey ever attempted to hoard more bananas than he knew was necessary, because they all knew that if they needed help, the community they created would help them. And if any other gorillas thought that they could succeed where the previous gorilla had failed, they would be in for a very unpleasant surprise.

Thank you, Jade, for sharing your fable with us. Together, we can make positive changes.