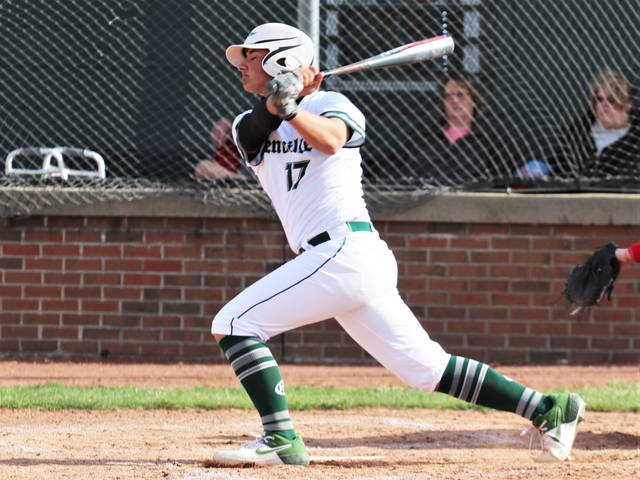 GREENVILLE – The Green Wave hosted the Troy Trojans in a Tuesday night matchup and came up short in the early season Miami Valley league game by a 10-5 score.

“We have a lot of kids that haven’t played any high school ball and Troy is an outstanding program,” Greenville coach, Eric Blumenstock said of the perennial powerhouse Troy Trojans. “They have a great team over there and they have a lot of young kids over there too that are going to be good for many years.”

“Kolbe came out tonight and looked outstanding for most of the outing but he did get in a little trouble.” said Blumenstock.

The Trojans added 2-runs in the top of the fourth taking advantage of timely hitting to lead 4-0 with the Wave coming to the plate in the bottom of the inning.

Greenville battled back with a Ricky Heidrich single and a Connor Mills RBI double to left. Warren Hartzell reached by way of a Troy error plating Mills to make it a 4-2 game.

Reed Hanes followed with a single to center advancing Hartzell where he would score the Wave’s third run of the inning with a run-scoring sacrifice fly by Hayden Bush for a 4-3 Troy lead after four complete.

Troy took advantage of two walks and two singles to plate two fifth-inning runs to push its lead to 6-3 after five complete.

The Trojans used a run-scoring single and a three-run homer to lead 10-3 with Greenville coming to the plate in the bottom of the sixth.

“We gave up five in an inning and an inning we gave up four – kind of ran out of gas,” Blumenstock said.

The Wave bounced back with a three straight hits to open the bottom of the sixth, a Mills single to right, a Hartzell double to left and a Hanes RBI single to center and Hartzell scoring by way of a Bush sacrifice fly to left for a 10-5 score that stand for the final score of the game.

“There were opportunities but the guys battled,” stated Blumenstock. “We just have to get a little more mentally tough out there.” 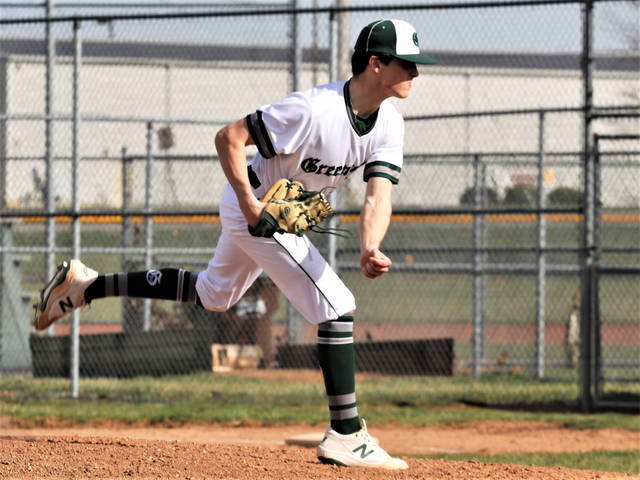 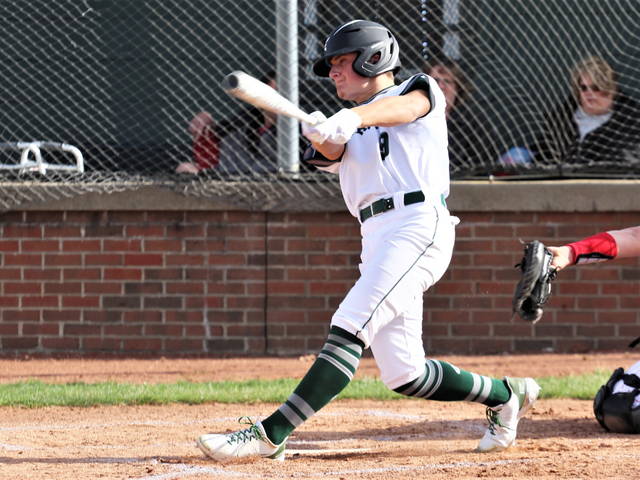 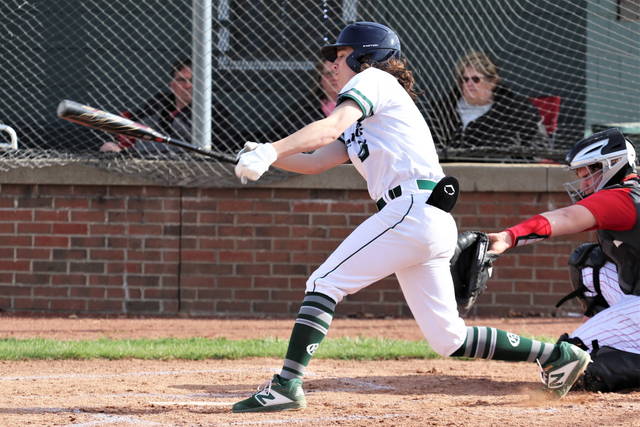 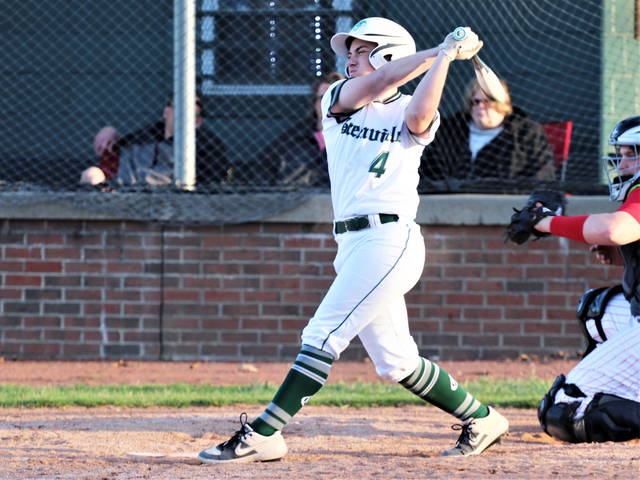