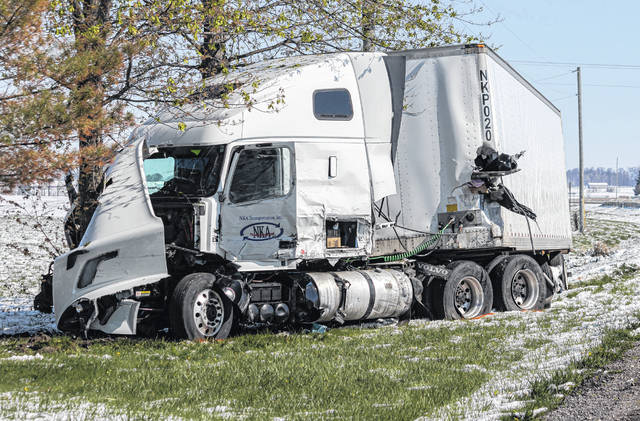 YORK TWP — The driver who died during a collision between a semi-tractor trailer and a cargo van Wednesday has been identified.

The driver of the van in the fatal crash has been identified by Darke County Sheriff’s deputies as Yassin Mohamed Ishaq, age 44, of Kansas City, Mo.

On Wednesday morning, first responders converged at the intersection of U.S. Route 127 and Brown Road in York Township on report of a crash involving a vehicle versus semi-tractor and trailer.

Investigation into the incident revealed the black Dodge Ram 2500 cargo van driven by Ishaq was traveling north on U.S. 127 when, for unknown reasons, it crossed left of center and collided head-on with a southbound white Volvo Semi-tractor and trailer driven by Zachary Garland, 28, of New Madison, Ohio. The semi-tractor and trailer veered off the right side of the roadway into the front lawn of a private residence, located at at the 10000 block of U.S. 127, before coming to rest after striking a tree head-on just feet from the home.

Ishaq was ejected from his vehicle as a result of the collision and pronounced dead at the scene after succumbing to his injuries. Garland was treated on the scene for minor injuries.